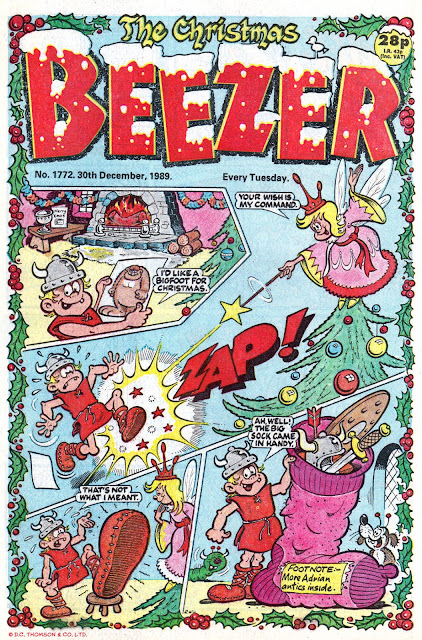 In 1981, The Beezer had shrunk from a 16 page tabloid to a 24 page A4 comic (same size as The Beano) and in doing so had lost some of its charm. Nevertheless, it was still a good comic, as this Christmas issue from 1989 demonstrates.

The cover is by Robert Nixon, an excellent artist who had worked for DC Thomson in the 1960s, jumped over to IPC in the 1970s, and returned to Thomsons again in the 1980s. It was a time when some much sought-after artists such as Bob Nixon would work exclusively for one comics company or another.

Here's a handful of festive strips from inside. Firstly, Colonel Blink, drawn by the often under-rated George Martin... 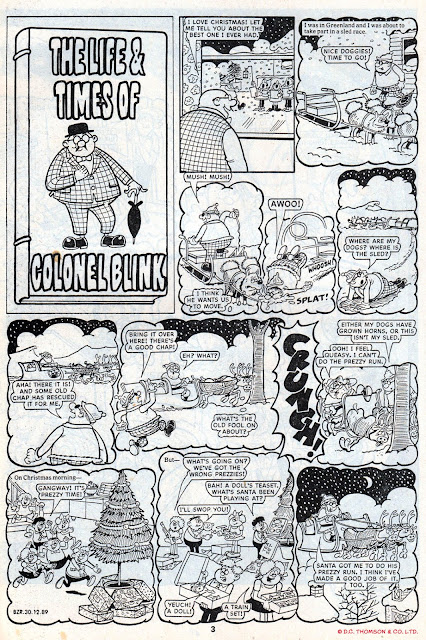 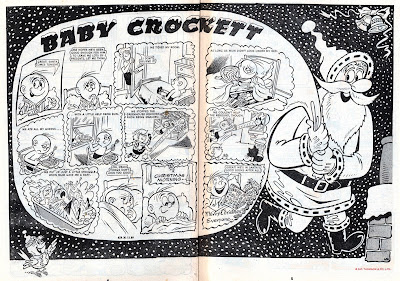 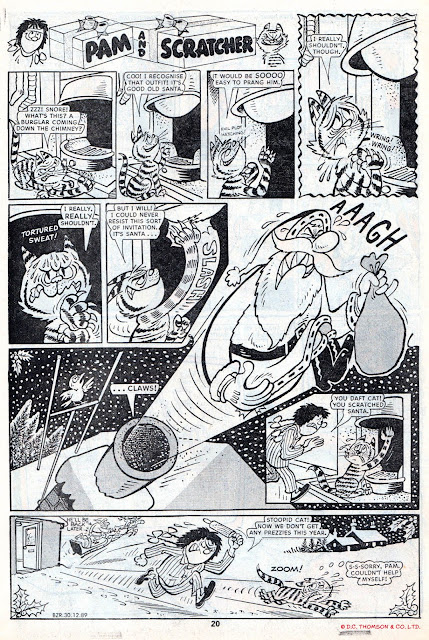 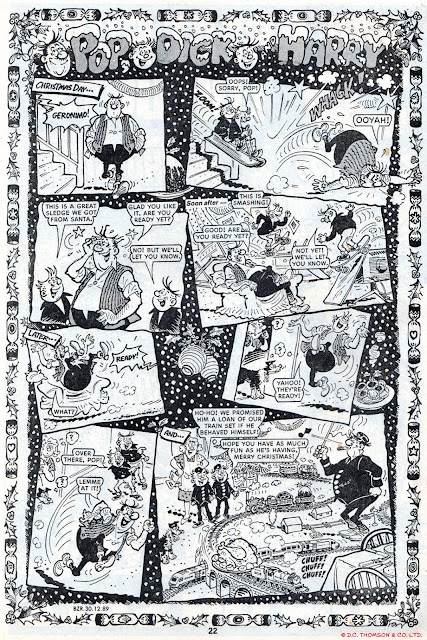 The bizarre Phoot and Mouse by Tom Paterson... 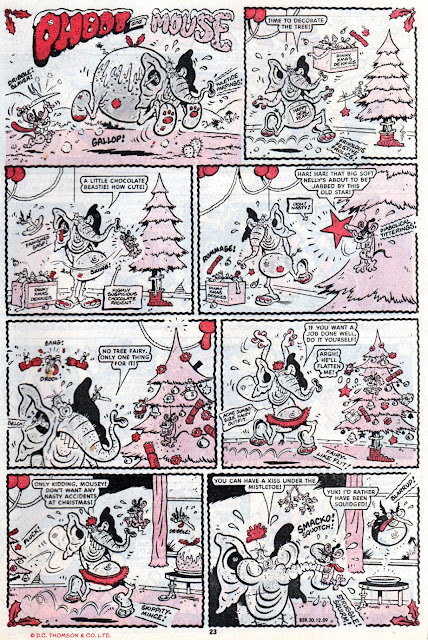 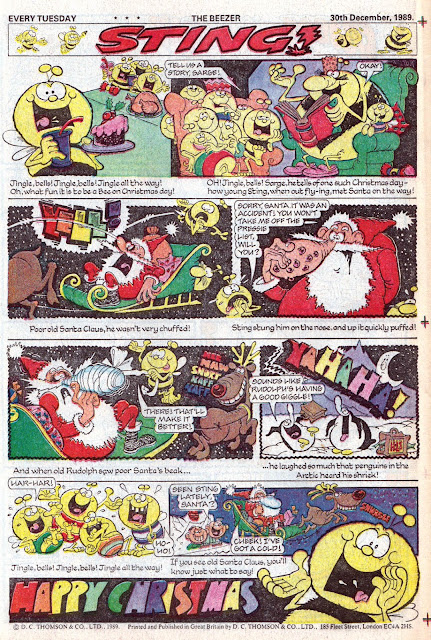 Another Christmas comic soon! Which year will the Blimey-Timey Machine end up in next? Hang on for the ride and find out!

Hi Lew, off the wall question... Were these comics ever published in paper back size? I really enjoy your blog and wish you happy holidays!

Not paperback size, no, although there was a chunky A4 softback published 20 years ago or so (might be longer) that reprinted loads of D.C. Thomson pages in black and white.

There was also a monthly 'Best of Beezer' comic for a while; 68 pages of reprints in black and white. Again, A4 size.

For the benefit of anyone who wants to chase that book up, it's 'Dennis & Gnasher & Friends Cartoon Capers', published in 2000 under the Beanobooks imprint. Basically, a two or three hundred page version of 'Classics from the Comics', even down to the little Classic Beano, Classic Beezer, Classic Sparky buttons. Can be had for pennies on Amazon.

I'd stopped reading the Beezer long before the switch to A4 but have picked a few stacks up off eBay this past year or so. Pleasantly surprised to see that it maintained much of the quality that the original had.

Yes, it wasn't quite right, but still managed to push all my the nostalgia buttons. The 'THIS IS WRONG! I DON'T LIKE CHANGE!' part of my brain didn't kick in until Ginger vanished from the cover.

In 1981, the Beezer and the Topper both became 24 pages rather than 32 - still four more than the Beano and Dandy at the time (a mere 20 pages), but it resulted in more comic strips.

As you know, and like the Beano and Dandy, they later both expanded to 32 pages.

You're right, Andy, thanks. Clearly I should have paid more attention to my own scanning and I would have noticed that the inside back page was page 23.

There was something iconic about the tabloid format, but I realised when I picked up a few late tabloid Toppers and Beezers that the only benefit from the larger size was artwork and lettering size. A single page of tabloid had few more pictures than a page of A4 (see also when Jiffy and the Glyphs were reprinted in 1981) so the increase from 16 pages to 24 meant nearly 1.5 times as much content.

The 24 page format was also only 2p dearer than the Beano, and while the 24 page format had less full colour than the tabloid format, it also used skin tones on the colour pages, which the Beano and Dandy did not! All things considered, the readers did quite well from the format change.

I think The Topper may have had a few more panels per page on some strips in the 1960s, but I recall it had less when it was revamped around 1971 or so. I remember feeling a bit short changed by it. I never followed The Beezer very often. I actually disliked it, and I'm not entirely sure why. I think I found Ginger very bland (he's just a kid who... does nothing special) and I didn't really "get" Baby Crockett, thinking it was too babyish for Beezer. I preferred Topper, which I had from 1967 to about 1973.