Never Be Without A... 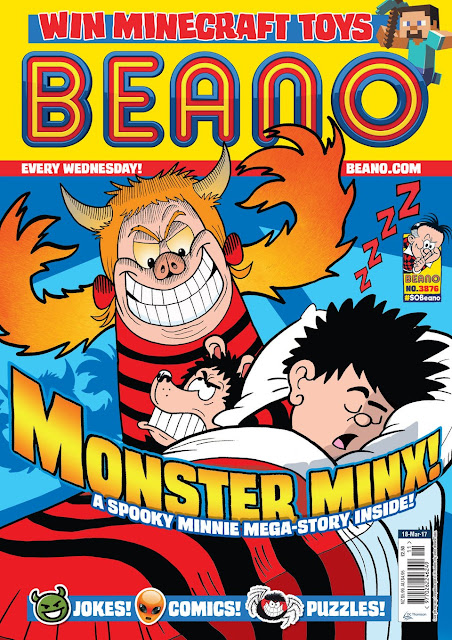 Beano! The latest issue is on sale now and features an extra-length Minnie the Minx story, Monsters Minc. by Nigels Aucterlounie and Parkinson.

It's another packed issue full of your favourites, and there's a new artist on board, Rianne Rowlands, drawing Rubi's Screwtop Science. The second female artist to work for the Beano in its 79 year history! (Laura Howell being the first, who is still busy on the comic every week drawing Tricky Dicky.)

There's a couple of strips in there by me too; Pup Parade and Ivy the Terrible. 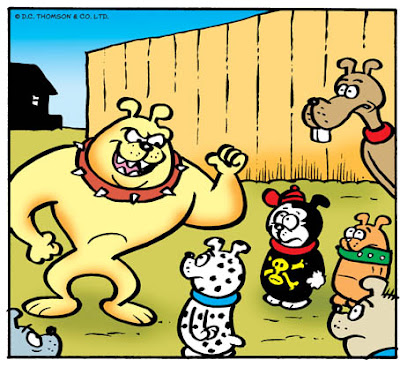 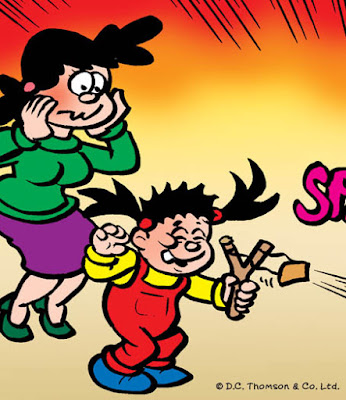 sounds good but.. what about Kelly Dyson? she did at least one strip for the Beano around 2006. So.. She is a female artist to work for the Beano ^_^;

I wasn't buying the comic regularly then and I'm afraid I don't know her work. What did she do for the Beano?

I know they made a big deal of Laura being the first woman to draw for the Beano. Perhaps they meant on a regular basis, if Kelly only did one or a few?

I can't remember but I think she didn't do many.. part of the 'We run X amount of strips for a time and people vote on which one is the favorite'.. old 70s ideas rehashed ^_^ I'll have to try and find what she did.

I liked this week's Ivy. Didn't expect to see Amy Johnson (a local hero - there's a statue of her in Hull City Centre outside one of the shopping centres) get mentioned.

Ah, checking up, she did "Nicky Nutjob" character she created for the Beano's 2006 Comic Idol. like all the others in the range, the winning strip failed to take off and was dropped. Nick Brennan did take over for a while, and in 2009 annual, Wayne Thompson did the character. Nothing totally new in the idea, inventor with gadgets that went wrong.

Can't find a whole lot on her though.. mostly stuff about Nick Brennan copying Kelly Dyson's style a pretty well and some what seams praise about newcomer Kelly Dyson in the latest issue, which is around 1st February 2006 so. I'm not 100% sure on what issue number but most likely 3315.. followed by some post about Tony O'Donnel and how some artist work for some time (a post by you on Comicsuk by the way).

I wrote about The Beano this week: http://blog.talesofwonder.com/?p=626

That's great, Tony! Glad you like it. I'll point the editors in the direction of that link. I'm sure they'll be happy with you spreading the word Stateside!