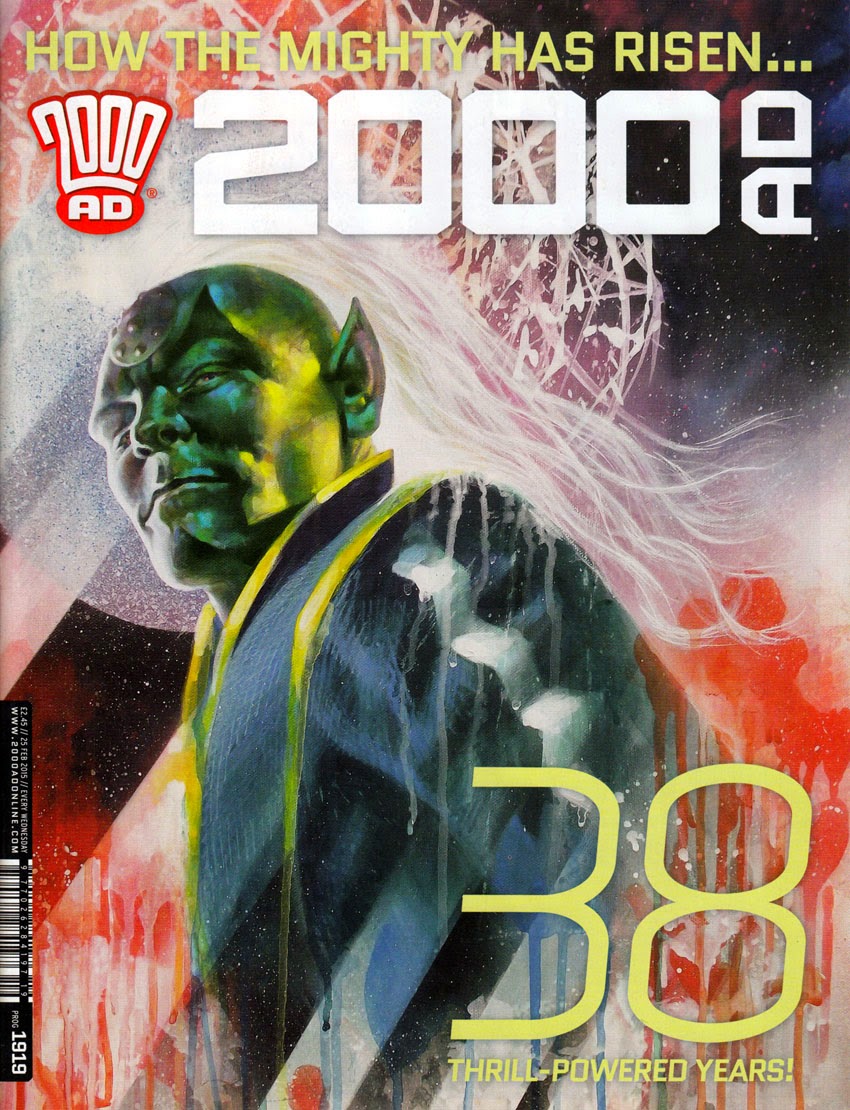 2000AD is celebrating its 38th birthday today. An amazing achievement for any comic and, equally as remarkable, that it has kept an incredibly high standard of scripts and artwork throughout all those years.

To be strictly accurate the anniversary itself was actually last week. 2000AD No.1 was published on Saturday 19th February 1977, although its official on-sale date was Monday 21st February.

Back in 1977, the cover date on 2000AD was the following Saturday not the day it was published. This applied to all weekly comics in those days. In more recent years, 2000AD began using the actual day of publication as the cover date so perhaps someone at Rebellion simply didn't realize they'd been celebrating the wrong day for a good few years now. After all, there probably aren't many of us original readers who are still buying the comic nearly four decades later.

Here's a scan I posted in 2007 that some of you who are new to this blog may not have seen. It's the brilliantly exciting four page advert for 2000AD No.1 that was printed in Battle comic in 1977... 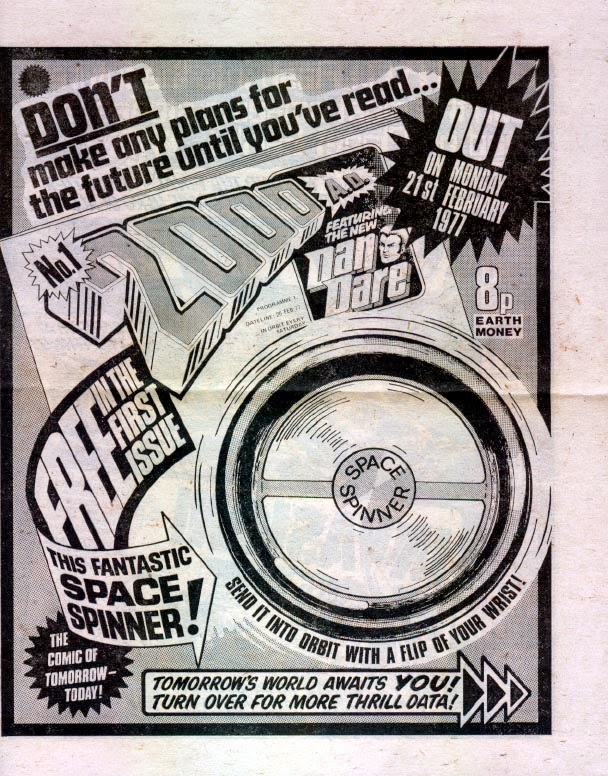 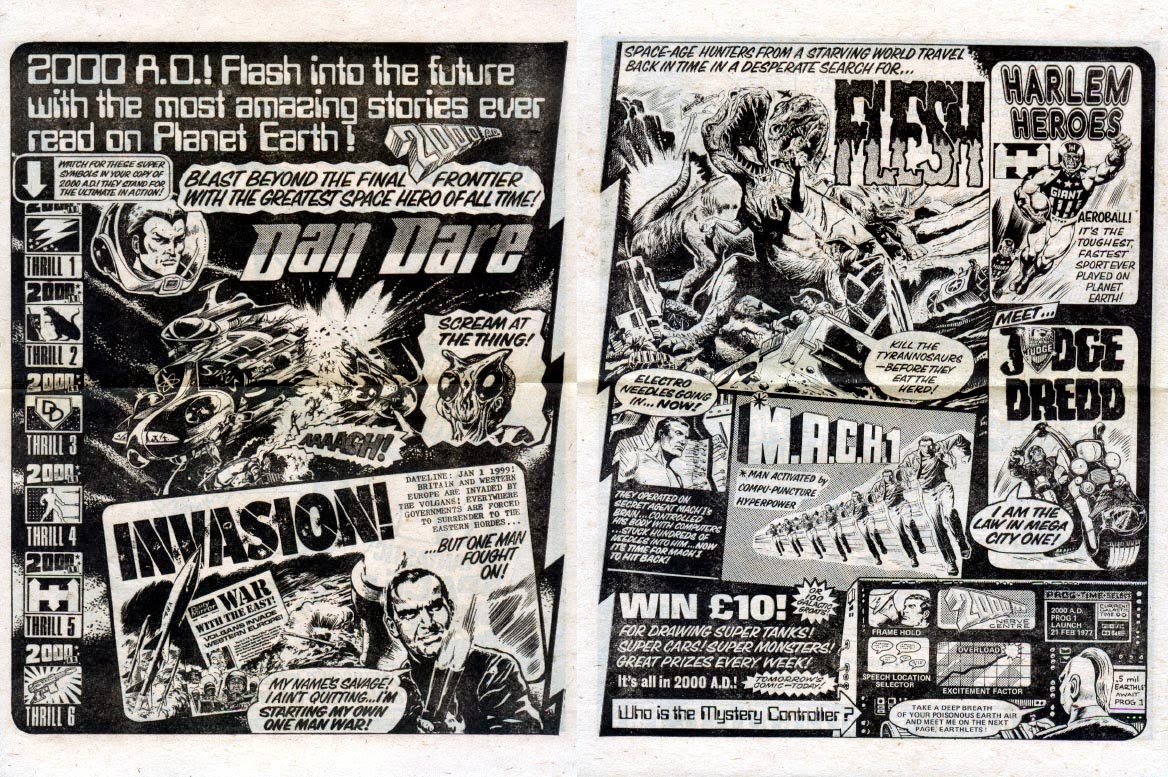 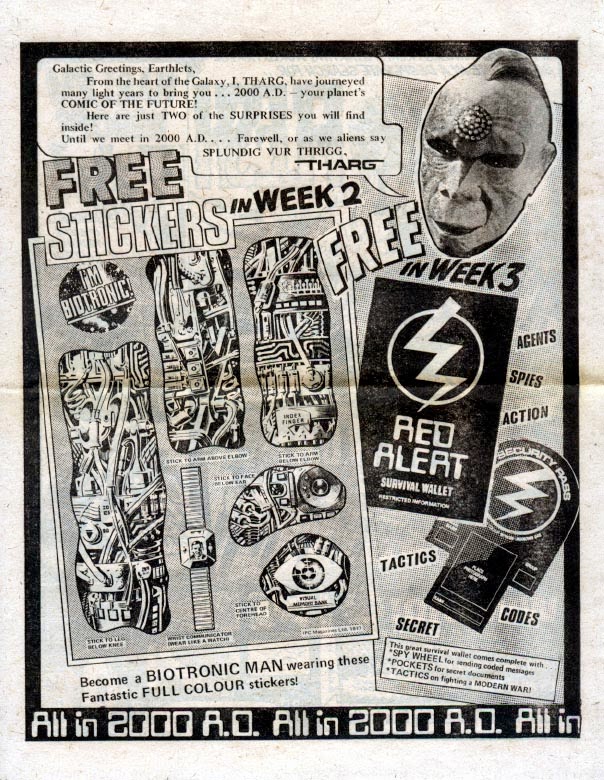 So, Happy 38 Years And One Week Anniversary to the Galaxy's Greatest Comic! 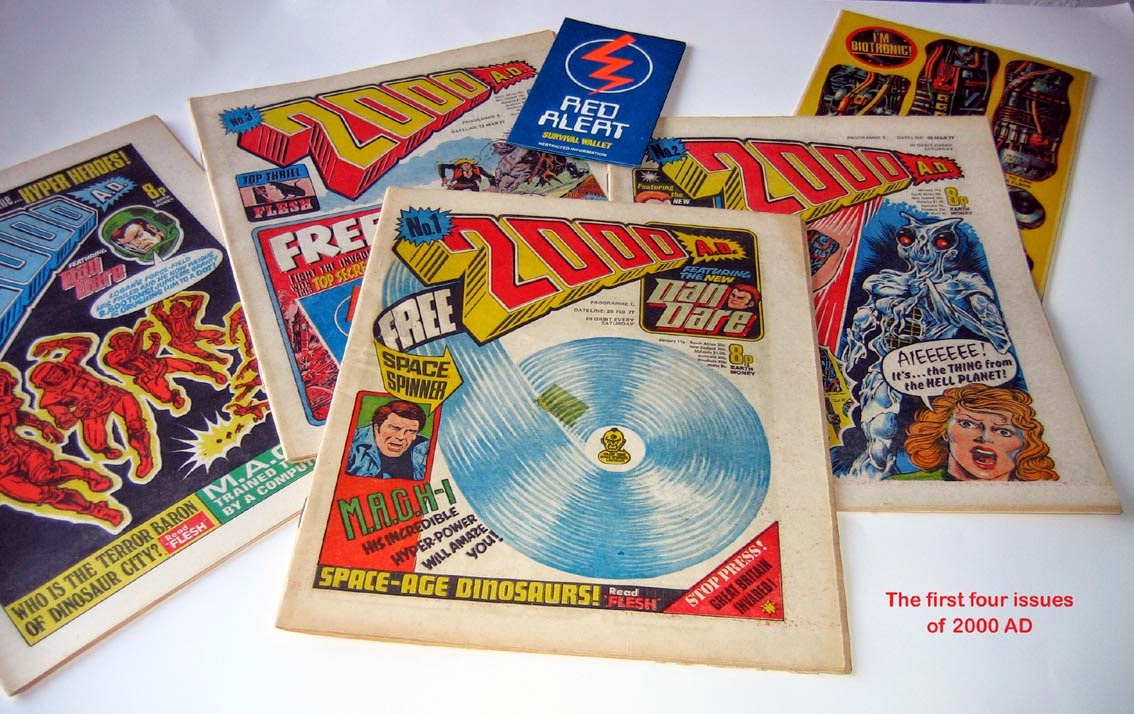 
Depending on my mood, a contender for my favourite British comic ( along with TV21 ). For me it was at its peak in the pulp days.
HAPPY BIRTHDAY, ' TWOOTHIE'!

I prefer the early years too but there's still some cracking stuff in the comic now.