DUCKLESS is coming to Aces Weekly! 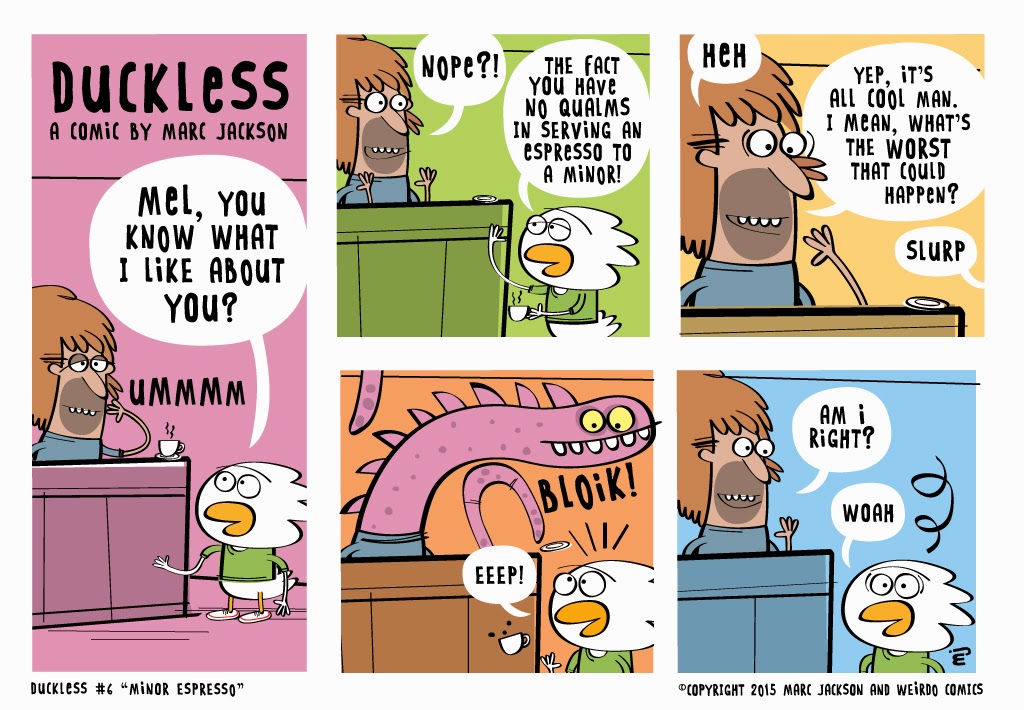 Marc Jackson is a humour artist/writer who emerged onto the comics scene in 2011 with his self-published comic Man From Space (which I reviewed here). Then last summer he debuted in The Beano with his own strip Lenny the Lettuce. Now he's set to join the ranks of creators in award-winning digital comic Aces Weekly with a brand new strip, Duckless.

"The strip is about the adventures of a young guy, called Duckless and his friends" says Marc. "Duckless draws the comic we are reading, so he affects the world around himself with his imagination. Everything you see is happening, it’s his imagination running wild to create a more exciting life for himself. It’s kind of like Peanuts mixed with Calvin & Hobbes and Adventure Time I suppose."

Marc's sent me an advance look at a page of Duckless to show above. Very distinctive and stylish stuff. The clarity of line, colour palate and borderless panel design  reminds me of a modern day Gold Key humour comic. Good stuff. 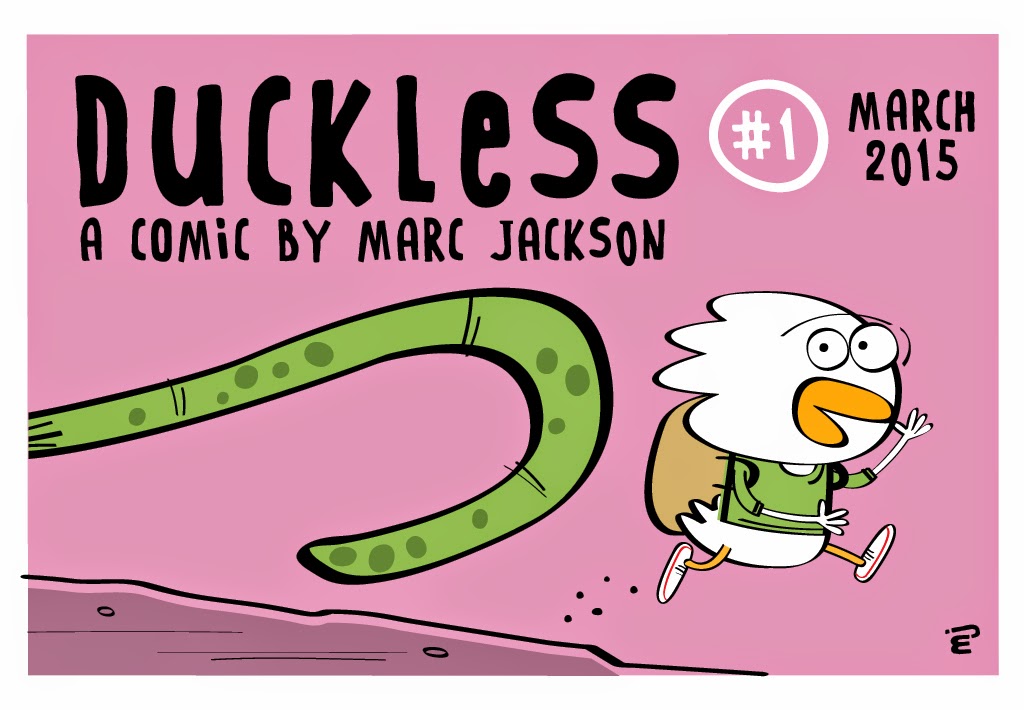