Titan to publish new Doctor Who Comic for UK newsagents 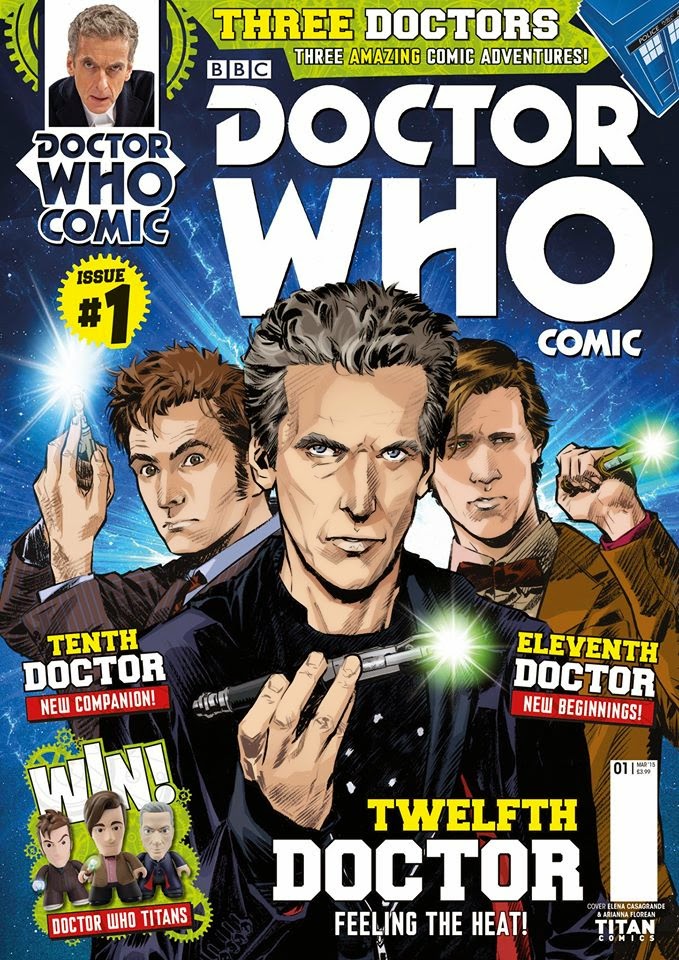 London based Titan Comics have been producing three seperate Doctor Who comics for the American direct-sale market for several months now, featuring the 10th, 11th, and 12th Doctors in their own titles. However, on February 26th, the company will be launching Doctor Who Comic, a chunky 84 page monthly repackaging those stories into one comic, which will be on sale in WH Smith and other newsagents.

Each issue will cost £3.99, and will feature three stories, which is quite a bargain considering the individual Doctor Who comics cost around £3 each in Forbidden Planet.

In case you were wondering, no this does not replace any current Doctor Who publications. This new comic is in addition to the ongoing titles Doctor Who Magazine, The Essential Doctor Who, and Doctor Who Adventures. Sounds like WH Smith might soon need its own Doctor Who section!
Posted by Lew Stringer at 17:15

Email ThisBlogThis!Share to TwitterShare to FacebookShare to Pinterest
Labels: Doctor Who, Titan Comics

Great News Lew, my oldest two have really gotten into the doctor since the new version, dragging me with them.
Well done Titan for making these available at the newsagents, comics need the widest exposure possible, and having a huge profile comics like this on the shelves will help all the existing comics. I wonder will it have Tele ads?

I doubt it'll have TV ads as Titan don't usually splash out like that but you never know.

Blimey! It's another comic to consider having regularly!

And who says comics are dead?

Any idea if it is Collector's Edition size or larger format (as CE's usually have only 76 pages)?

It would make sense for it to be in the CE size because when Titan did their Dark Knight, Superman, and Arrow comics in the larger A4 size Smiths shoved them in with the children's comics and they went unnoticed by older readers.