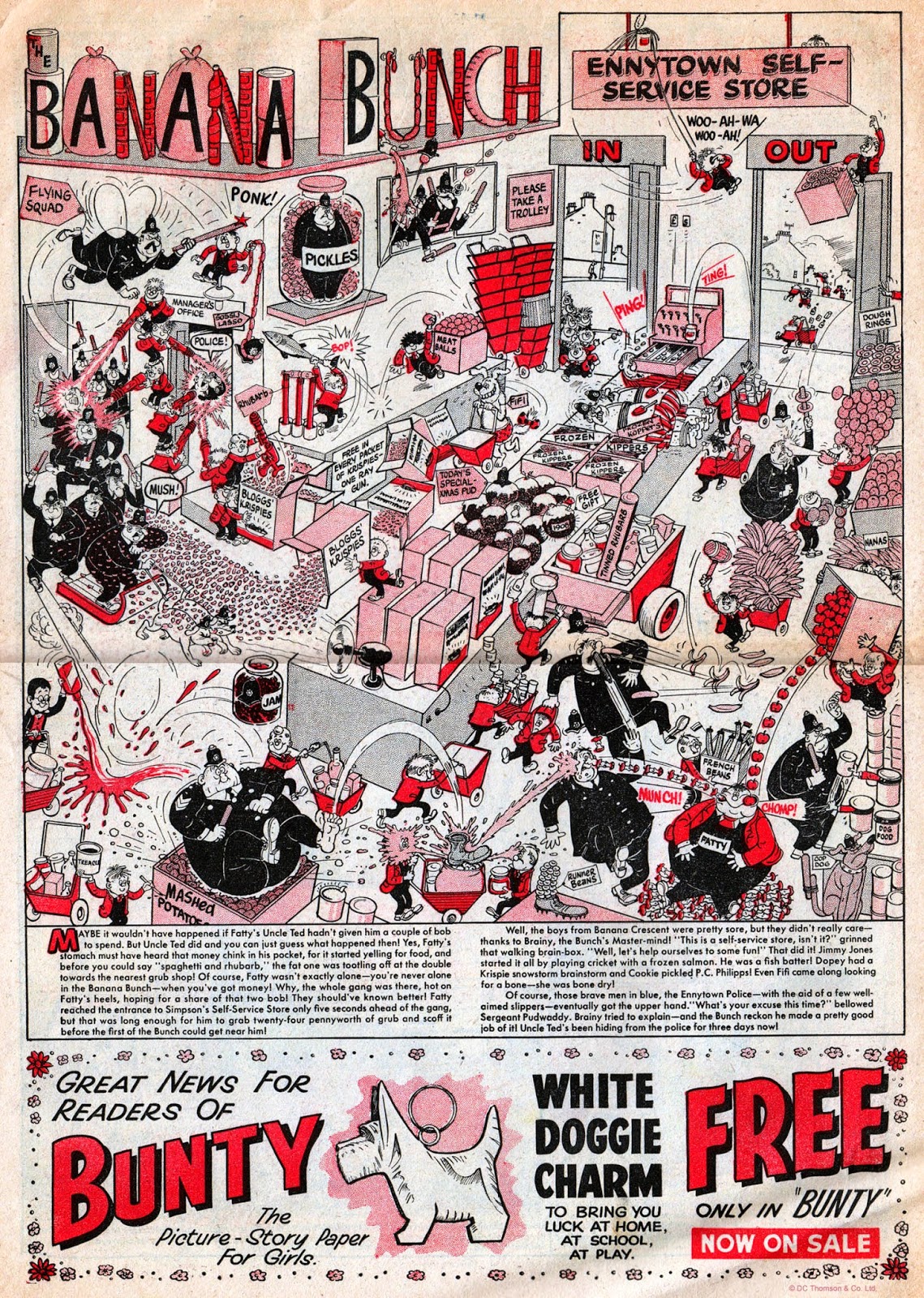 The Banana Bunch began in The Beezer No.1 way back in 1956 and proved popular enough to continue throughout the comic's run until 1993. The strip has been revived a few times since by various artists and was last seen in The Dandy in 2012 drawn by Nigel Parkinson.

Most of us will probably have grown up with the version drawn by the excellent Bert Hill, but the original artist was Leo Baxendale, who drew it from issue 1 in 1956 until No.438 in 1964. Here's a few examples of Leo's brilliance with the huge full page above from The Beezer No.295 (September 9th 1961). 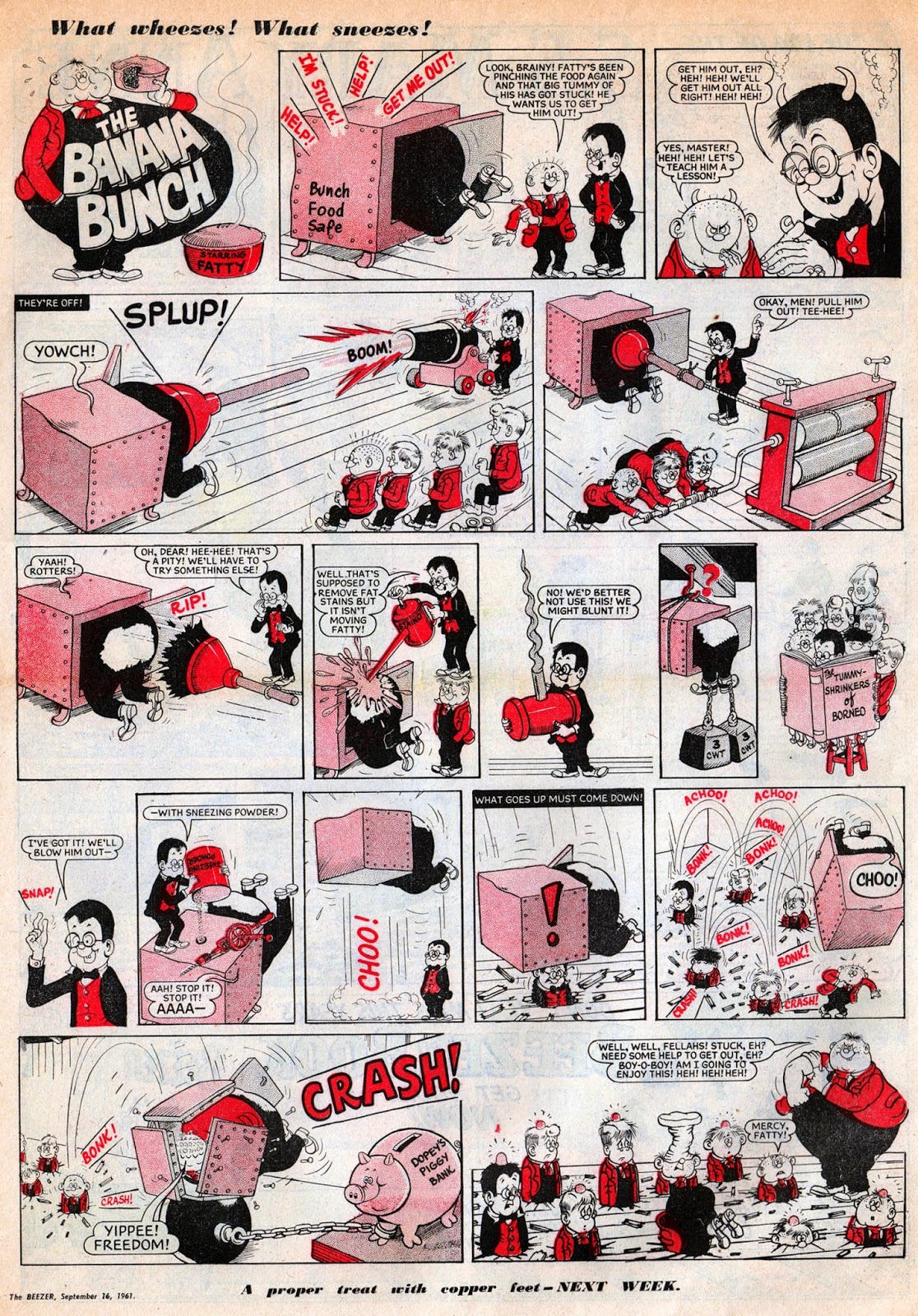 Finally a couple of full colour pages from The Beezer Book 1964 (published in 1963). 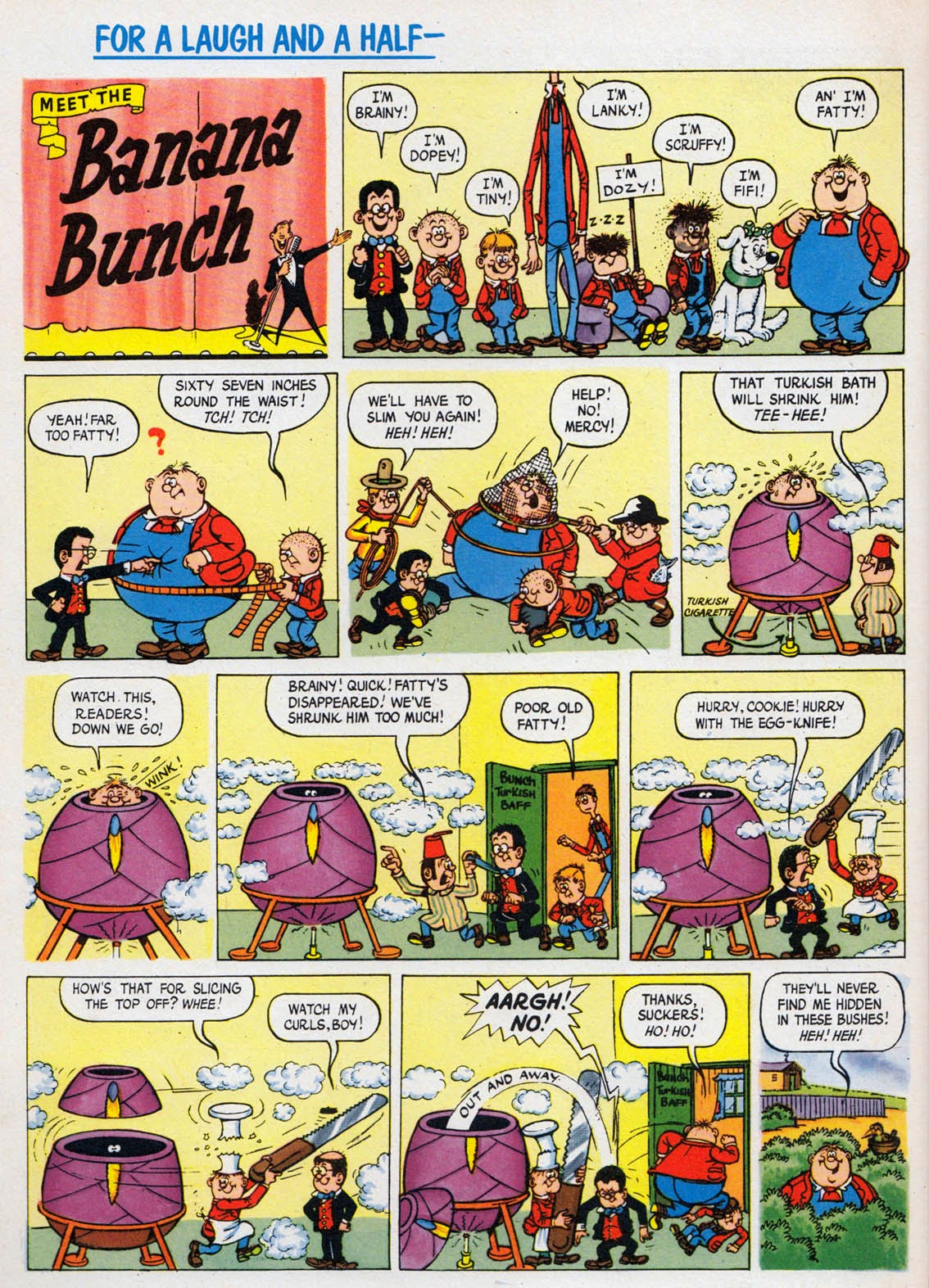 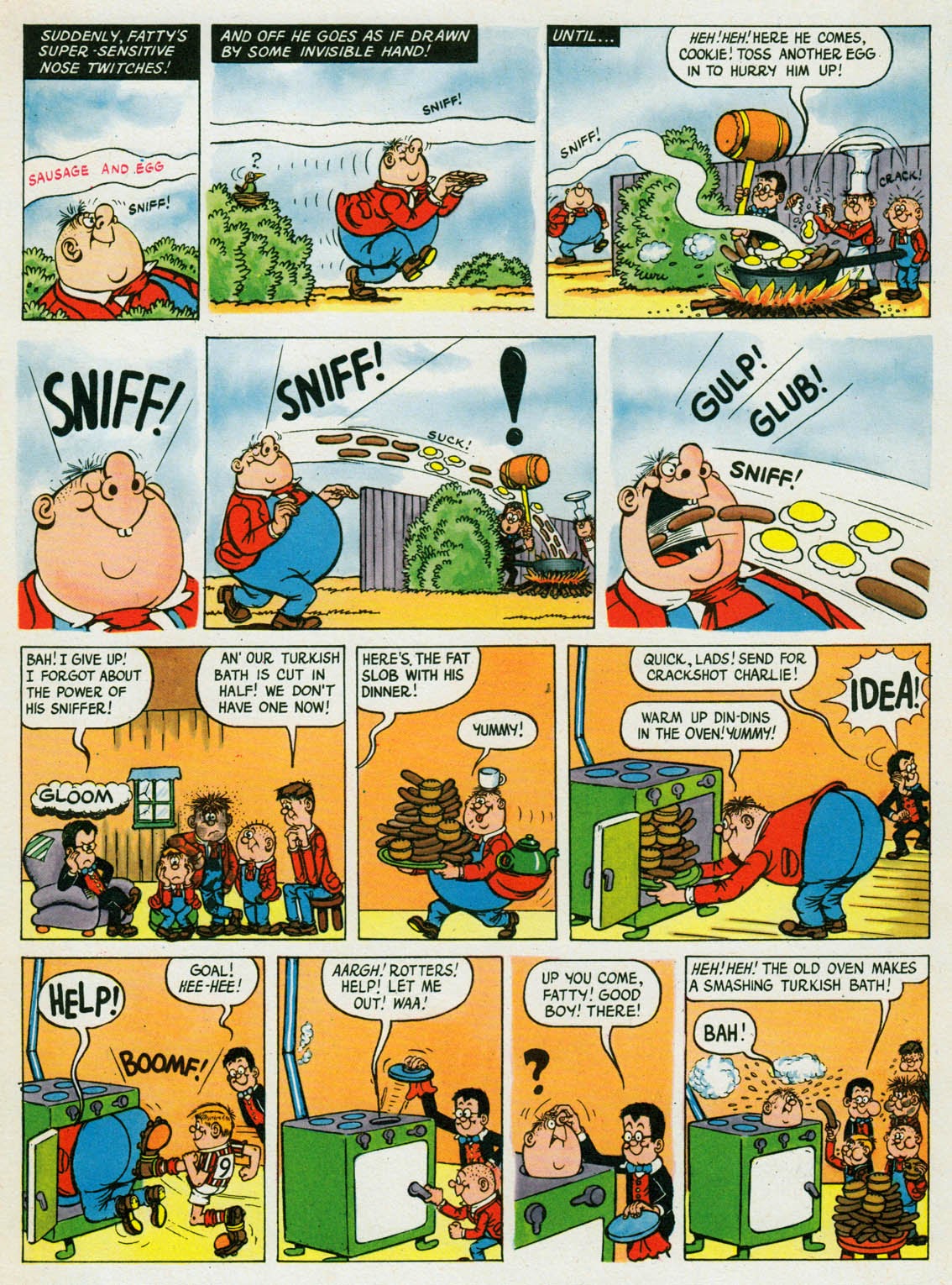 Truly funny stuff and some of the best material to have appeared in British humour comics. As always, click on the pages to see them much larger.
Posted by Lew Stringer at 00:50

Leo's full pagers were a joy...fondly remembered for all the many little hidden details...oh the childhood subterfuge!!!

I reckon you could look at one of those Baxendale spreads for hours!

Thanks for sharing Lew, Wouldn't it be great to see some of this artwork published again in a Leo Baxendale best of type book.
Ian

Brilliant to see these again, Lew. I had them all first time around. The Beezer was always waiting for me every Wednesday at my Granny's and every Christmas the annual was in my pillow case. My favourite was always Colonel Blink ( the short-sighted gink )!

Ian, a Best of Bax book would be ideal. Ah, if only classic British humour strips were collected into books in the way strips are in other countries.

Lovely stuff Lew, Im going to enjoy reading this to my boys.

There is always something you miss and it gives you another smile when you see another new detail...
the shopping baskets...one is a dustbin...
the donuts being thrown on his moustache..
A poster book of Baxendale's work in large format would be great..
Leo is my favourite comic artist...Tom Paterson is my secound favourite artist..

The Saturday-morning Hanna-Barbera series The Banana Splits were originally to have been called The Banana Bunch--until the existance of this particular comic emerged during the production thereof.

For some reason, Thompson's were reluctant to lease out the title, as it were, and so it was renamed.

(What's more, Kellogg's, which commissioned the series for the NBC network's Saturday-morning programme in 1968, had already printed 1.25 million cereal boxes with The Banana Bunch title in connexion with various marketing tie-ins--all of which had to be destroyed and replaced by new such with The Banana Splits name, with Kellogg's covering all the expense.)

Bit poignant to read your blog Lew after reading your post about his death, but yeah you are right of all the British humour artists he is right up there, for different reasons perhaps, with Ken Reid, Watkins, Law, and Wilson.