It's time for the latest Doctor Who Magazine! 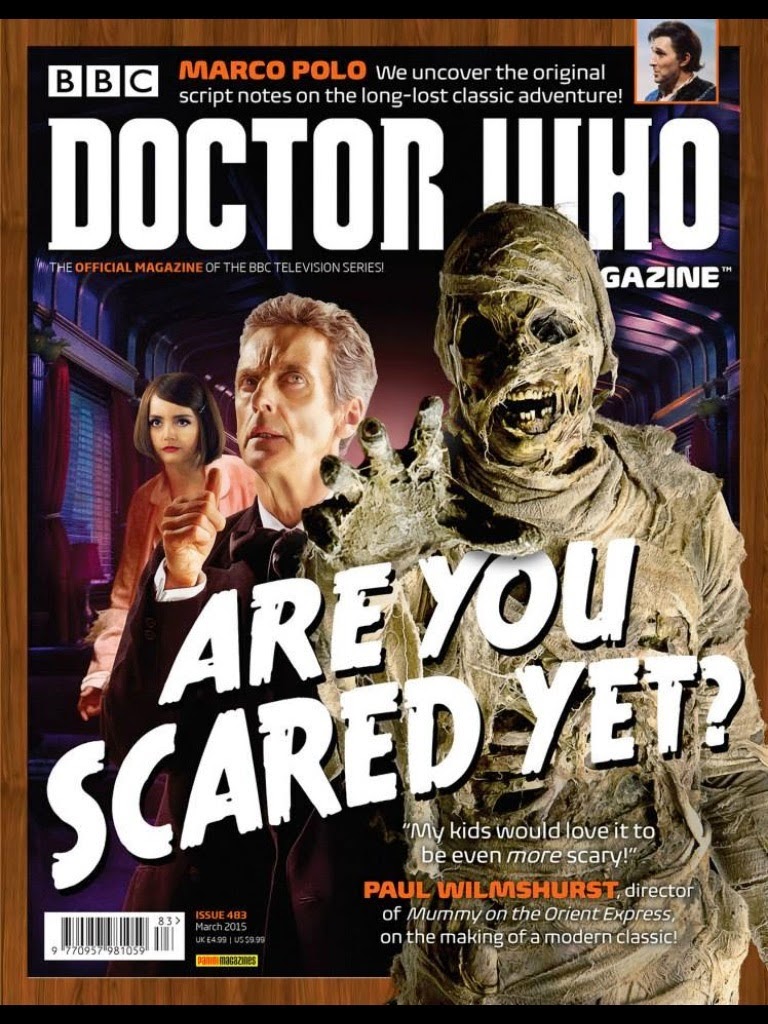 Doctor Who Magazine No.483 went on sale today and it's another 84 packed pages of Who-related goodness. If you didn't already know, each issue features an all-new full colour 12 page Doctor Who strip by some of Britain's top comics talents. This issue has part three of The Instruments of War, written and drawn by Mike Collins with inks by David Roach. Fantastic stuff! 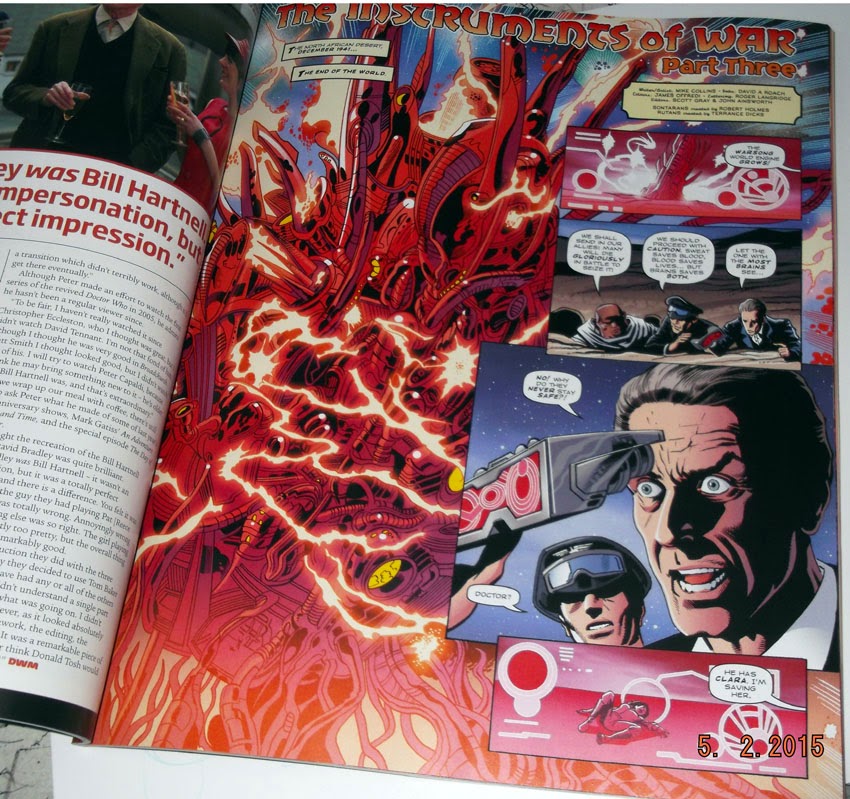 The other regular comic strip is The Daft Dimension by me, and this month I've brought back the Zarbi! Who? They were going to be huge in the sixties you know. Had their own badges on sale in Woolworths and they appeared on the Doctor Who Give-A-Show Projector Set. Since then.... not so much. But I've always liked 'em so I couldn't resist devoting one strip to them. 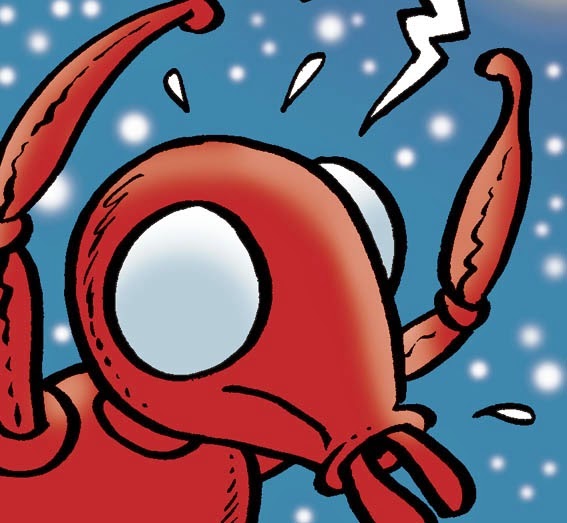 The rest of the magazine is crammed full of features including part two of the exclusive interview with Peter Purves on his time on Doctor Who 50 years ago... 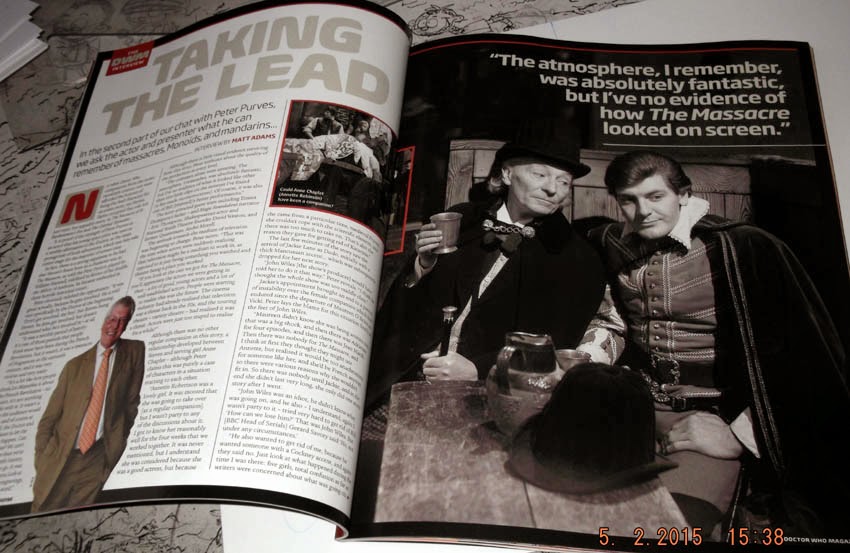 ...and an article on the set designs of the First Doctor's Marco Polo adventure, plus loads of other features. 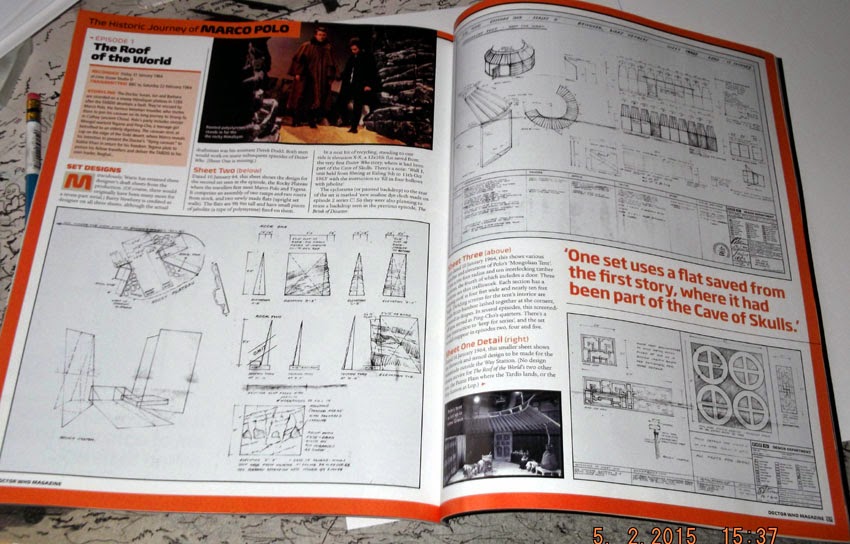 Speaking of which, you know those US Titan comics? They're getting a UK release in the style of the Marvel Collector's Editions. An issue of their 10th, 11th and 12th Doctor comics combined into one title for £3.99 a month. Doctor Who Comic is the name, and it launches Feb 26. Was announced two hours ago on the official DW Facebook page.

Thanks for the heads up, James. I've been working so I missed that. I'll add a post about it.

Hey, I didn't know Woolies did a Zarbi badge as well! I'm going to have to hunt for a picture now!

Yep, I'll have to dig mine out sometime but for now here's a photo I found on the net:

Cheers, Lew. It saved me searching.

Perhaps the Zarbi were shelved because they just looked too silly even by Doctor Who standards...?

Yep, that's the angle I went with my strip, Colin. It probably didn't help when one walked right into the camera during one episode of the TV series. It wouldn't surprise me if they were revived though, as apparently Capaldi likes them too.