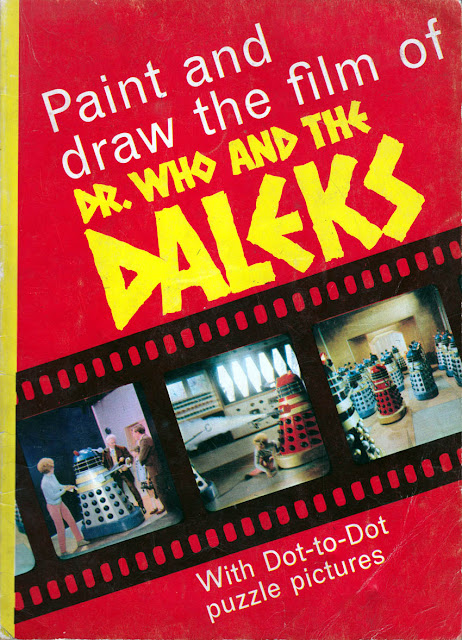 A new and surprising fad at the moment is the popularity of colouring books for adults, sold on the theory that they're therapeutic stress relievers. There's even a Doctor Who one out but it's not the first of course. Back in 1965 Souvenir Press in association with Panther Books published a colouring book to tie in with the first Doctor Who movie starring Peter Cushing. Paint and Draw the Film of Dr.Who and the Daleks was a 64 page A4 softback, with glossy card covers and pulp paper interiors. An early item of Doctor Who merchandise. 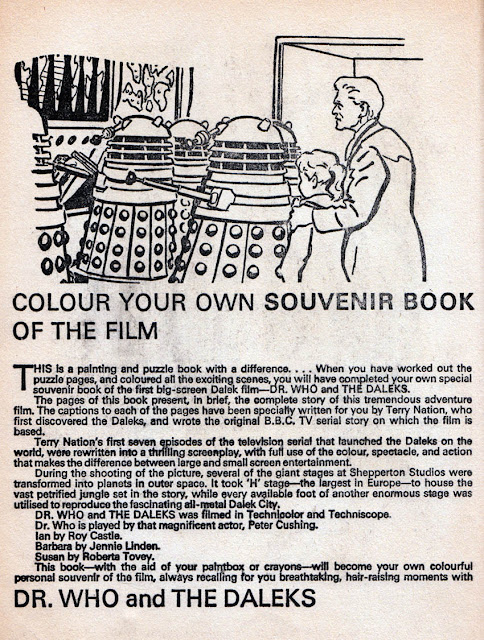 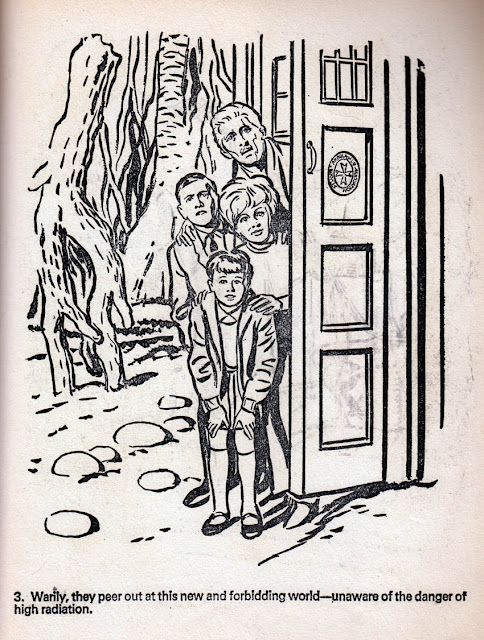 The story was told as a sequential comic strip of sorts, but with each 'panel' taking up a full page. The uncredited illustrations were closely based on frames from the film, with a short caption underneath as the narrative. Some pages also featured dot-to-dot elements as part of the story. 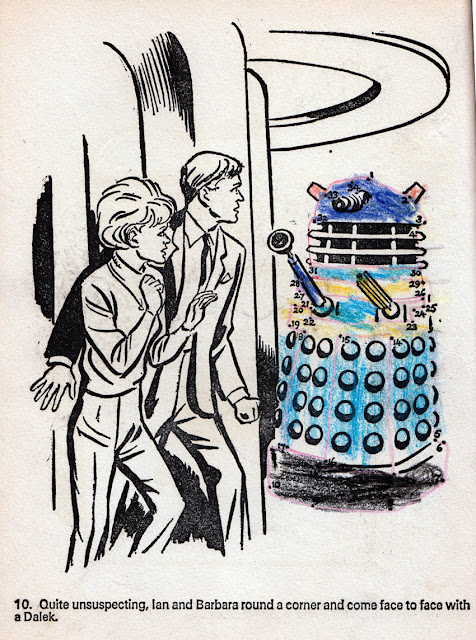 Here are a selection of pages from the book. I was never that interested in colouring books so, as you can see, I only made feeble attempts at colouring a few Daleks in pencil. That said, I was grateful for anything Dalek-related and I obviously treasured this book for it to have survived the last 51 years. 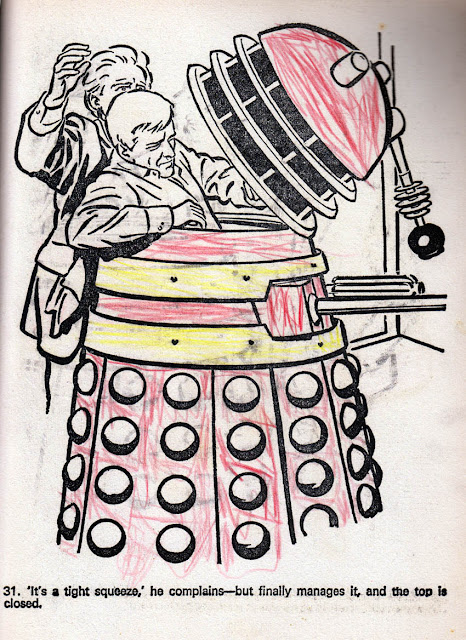 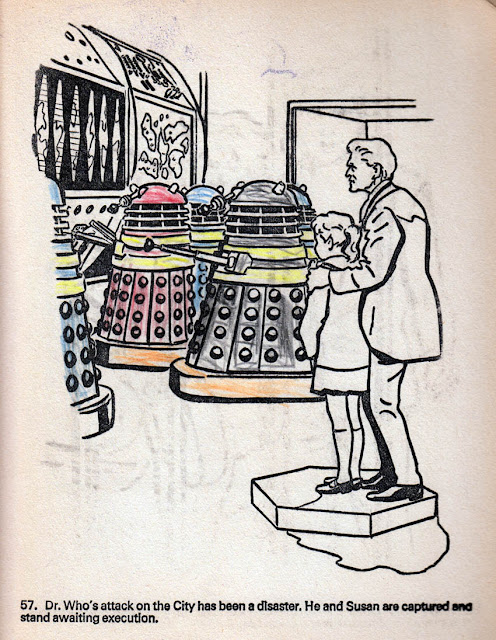 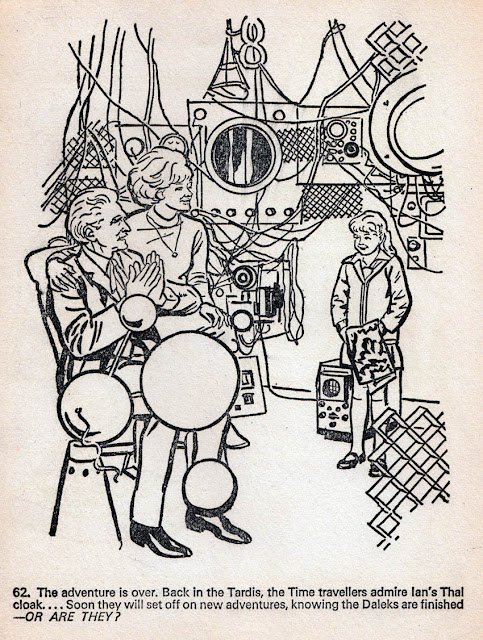 There was also a Dalek Painting Book around this time too, which I also had, although I discarded that one decades ago.
Posted by Lew Stringer at 22:20

Email ThisBlogThis!Share to TwitterShare to FacebookShare to Pinterest
Labels: Daleks, Doctor Who, Doctor Who merchandise

"Aren't you going to finish the picture, dear?"
"Forget it! I wanna color more Daleks!"

I think I recall that Dalek Painting book. It was more TV21/ Dalek World in style - no sign of the Doctor but lots of flying platforms, giant lake mutations and Sarah Kingdom types in silver jumpsuits.

One of my older friends had a go at a couple of the pages with his poster paints - made my crayoned efforts look pretty poor in comparison.

A lot of this Dalek merchandise used to turn up cheap in Woolworths in the late 1960's after the initial craze had passed and the Daleks had temporarily been pulled from the TV show.

I had one of those Mechanoid toys in the late sixties when it was reissued as a spaceship. I kept it for years and didn't realize it was a Mechanoid until long after I'd thrown it away.

I didn't know about the third one, John. Ah well, as long as we enjoyed them as kids, that's the main thing.

Thanks for the link, John. I don't recall seeing that one at all, but I was never that interested in colouring books so I may have just ignored it. I did have a Dalek jigsaw though, again long gone. Still, it was fun to do as a kid.