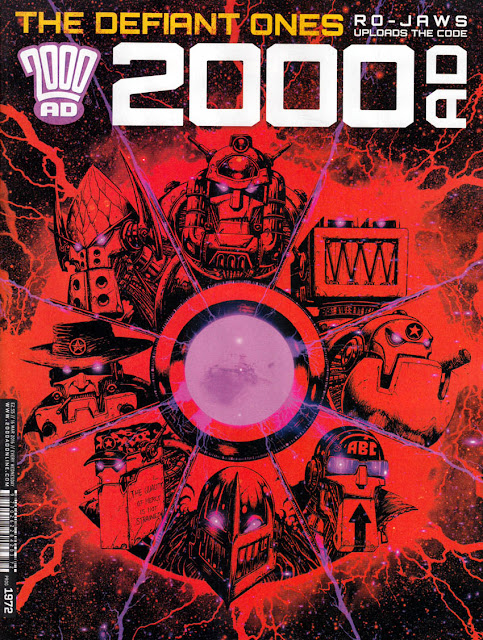 I still see comments in the media and online saying that UK comics are dead. In fact I can remember some cynics even saying it back in the 1990s. A simple bit of research proves otherwise. Here's a quick selection of just a few of the British comics that are in the shops now. Today saw the publication of 2000AD Prog 1972 which wraps up all the current strips ready for a Spring revamp with all new stories next week.

Also out today is Judge Dredd Megazine No.370. A great issue with five lengthy strips including the brilliant Goldtiger 2000 by Louis Schaeffer and Antonio Barreti, the classic 1970s strip you never knew you'd forgotten! 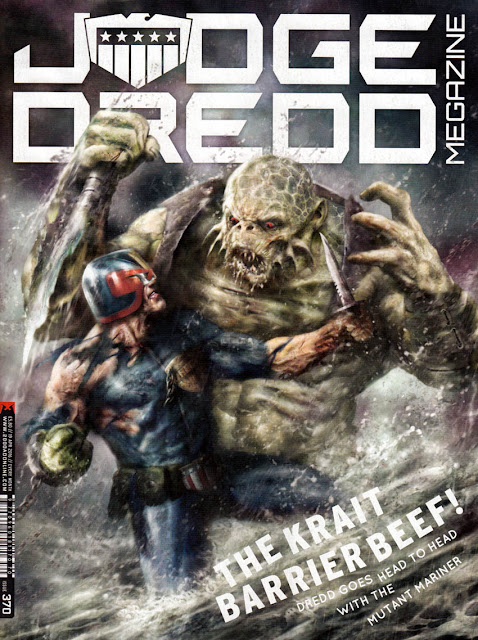 Viz No.254 arrived on the shelves today too. Another 52 pages of mirth and filth for adults of all ages. 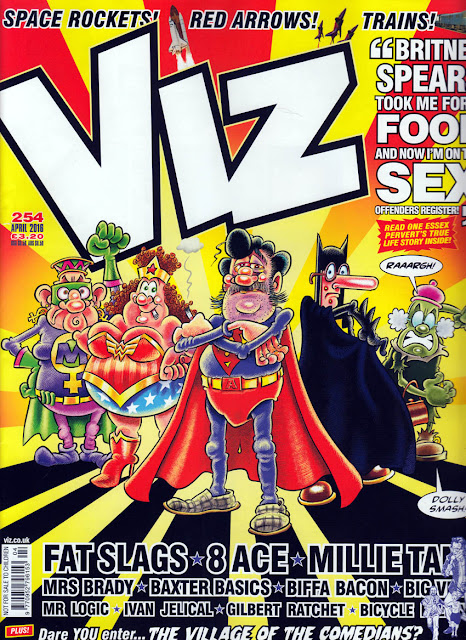 Comics aren't just for adults these days of course, and The Beano is still going strong on this, the 65th anniversary week of Dennis the Menace! 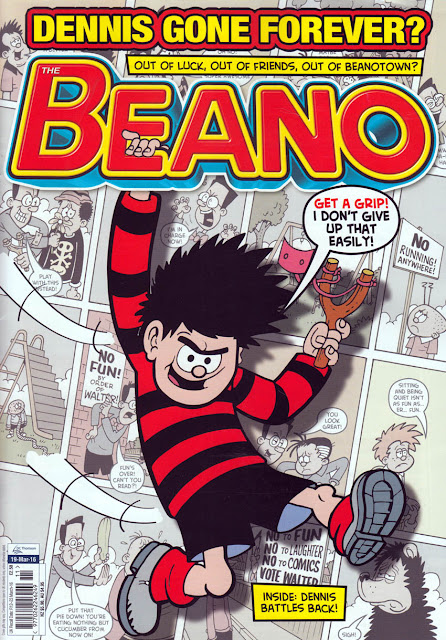 The Phoenix No.219 is still on sale, with the next issue due in WH Smith and selected Waitrose shops on Saturday. Another good issue of light adventure serials and humour. 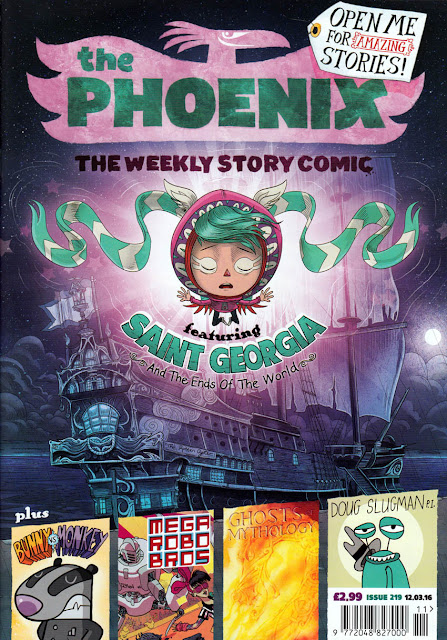 Tales from the TARDIS: Doctor Who Comic No.4 is a rather long-winded title but a great value for money package of three Titan Doctor Who comics in one 76 page publication. 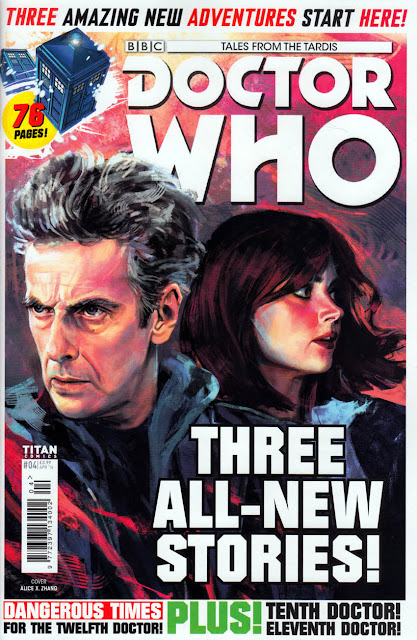 The UK edition of Batman No.49 is a 100 page bumper edition with a cover that reflects the upcoming Batman v Superman movie. 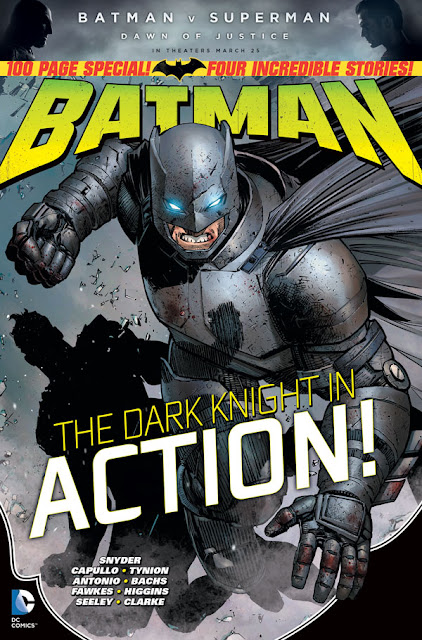 All of the above are available in newsagents (albeit only WH Smith in the case of The Phoenix). However, if you visit a comics speciality shop this week you can pick up a copy of Rivers of London: Night Witch No.1, the start of the second series of the comic based on the Ben Aaronovitch books. Good stuff by Aaronovitch and Andrew Cartmel with artwork by Lee Sullivan. 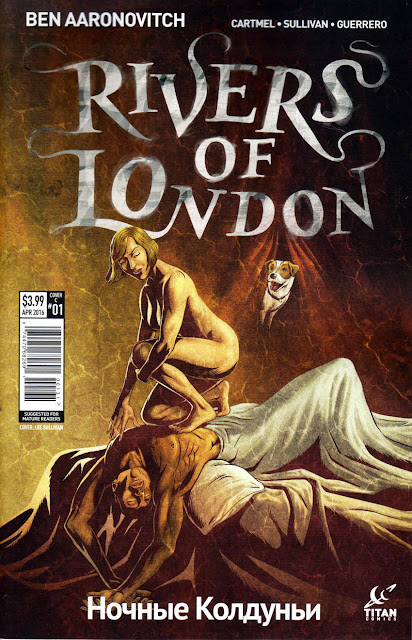 Also still available from comic shops is Johnny Red No.5 by Garth Ennis and Keith Burns. This revival of the classic Battle character in new adventures has proved to be a cracking comic. 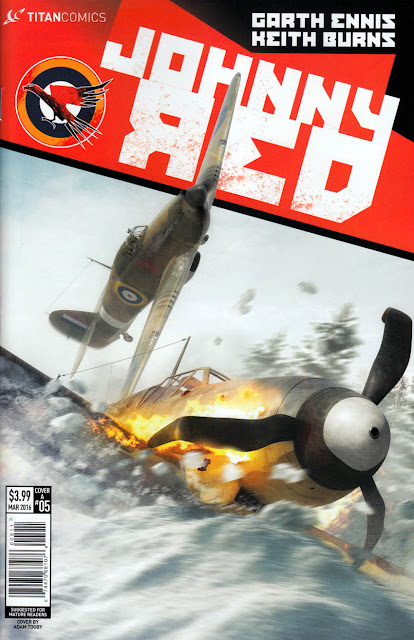 There are numerous other comics around of course, such as Commando, Doctor Who Adventures, and loads of titles from Titan, not to mention some strip pages in magazines such as Toxic, Epic, and Doctor Who Magazine. While it's undeniable that what some might dub "traditional" British comics have mostly faded away (your Eagles and your Funny Wonders) there is still a UK comics industry. Ignore those who claim otherwise. The proof is out there on the shelves, as evidenced by the cover images above! Misinformed nonsense vs the evidence of your own eyes. What are you going to believe?

British comics have always changed and evolved. The comics of the 1960s bore little resemblance to those of the early 1900s, and the comics of today are considerably different to those of 50 years ago. Such is life. Nothing stays static. It's saddening that each new generation has less interest in comics (and seemingly has less inclination to buy comics on a frequent basis) but comics are not dead yet! Make sure you support the titles that interest you to keep the industry alive. In the words of Radio Fun's Arthur Askey, "I thenk yow!"
Posted by Lew Stringer at 18:26

Looks like Supergirl has been stealth cancelled by Titan, the new issue was supposed to be out now and it's missing from the next issues page at the back shame. Wonder if it's to do with Sky1 holding back part two of season one until April?

Possibly, unless it's just delayed? Odd it's not advertised though. DC are launching a new Supergirl comic soon , based on the TV show, so perhaps Titan will relaunch in the summer, reprinting the new material.

Distribution of Titan's latest issue of Batman seems restricted. No branches of WH Smith around here in the Midlands have it in stock (or haven't put it on display). I bought mine from Forbidden Planet.

I read on another forum that Supergirl has been cancelled with issue 3 and Green Arrow with issue 2.

Surprising if true as surely they wouldn't have had time to even gather the sales numbers yet ?

I do find Titan's approach to their DC titles baffling. New titles appearing (and apparently now disappearing) at very little notice when surely the UK market can't support so many titles ?

Green Arrow was only intended to be two issues I think, to test sales. Supergirl does seem to have been cut short though, with unresolved stories. Titan's newsstand presence reminds me a bit of Marvel UK in the 1970s, throwing out numerous titles to dominate the stands and beat their rivals. The problem with changing and canceling comics is that it makes the reader wary of following their other comics in case the rug is suddenly pulled on those too.

The state of British comics at the newsagents is pretty blooming bleak isn't it. Apart from Rebellion's two comics, Phoenix, Commandos, the Beano, Viz and some Dr Who material, the shelves are rammed with reprints of US material and bagged copies of Peppa Pig, Thomas the Tank Engine and the like. Presumably Leo Baxendale and Dudley Watkins would be working on their webcomics if they got their start today. So Lew, do you see the current situation changing for the better any time soon?

If Leo and Ken were starting out today perhaps they would be doing webcomics, or small press comics, but there's nothing wrong with that. Many of us started out that way.

I think it's time to stop focusing on newsagents as the main source for comics. We're not likely to go back to those days for various reasons I've covered before. Time moves on as always. These days publishers are looking towards bookshops, comics speciality shops and, yes, digital. There's still a lot of new UK comics out there, just not in newsagents. Remember that Leo Baxendale left comics in 1974 and saw the future in books, doing his creator-owned works like Willy the Kid and Baby Basil.