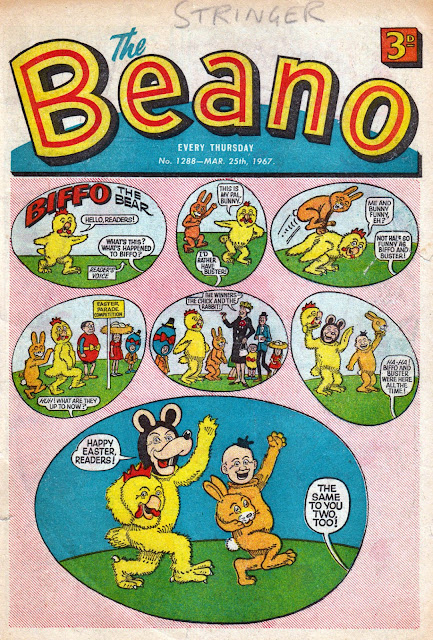 This year's Easter issue of The Beano will be out on Wednesday but for today, let's look back at a few pages from the issue of 49 years ago in 1967.

The Beano No.1288 dated 25th March 1967 (on sale March 22nd) had the regular Biffo the Bear strip on the cover by Dudley Watkins but with an Easter egg design to the panels. A simple but eye-catching cover.

Inside, the theme of the Easter hare is used in the Billy Whizz strip drawn by Mal Judge... 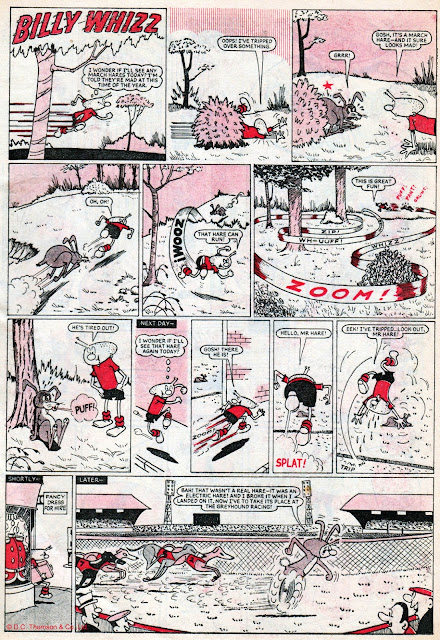 In their usual centre page position, The Bash Street Kids with great artwork by David Sutherland... 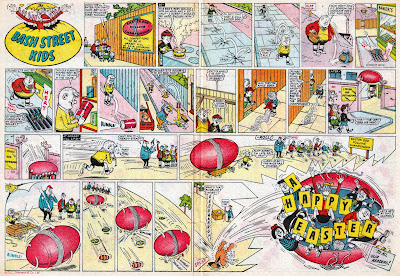 That week's Minnie the Minx pages by Jim Petrie were fun as always but the most memorable thing about this issue was right underneath the Minnie strip; our very first glimpse of British superhero Billy the Cat in a teaser ad for his series that would begin in the following issue. 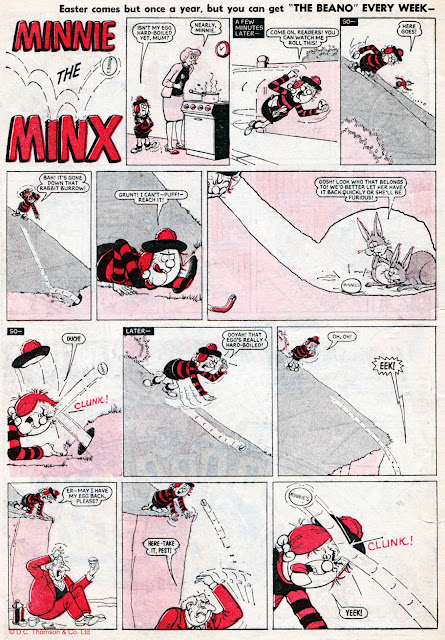 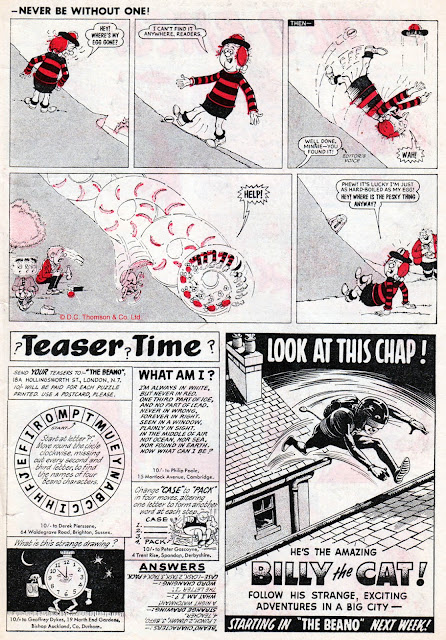 On the back page, great stuff by Davey Law with Dennis the Menace and an ostrich. Easter Eggs at 5 shillings (25 pence) each! I've no idea how much they cost now but it's sure to be a lot more than that. Then again, the average wage was only about £20 a week then! 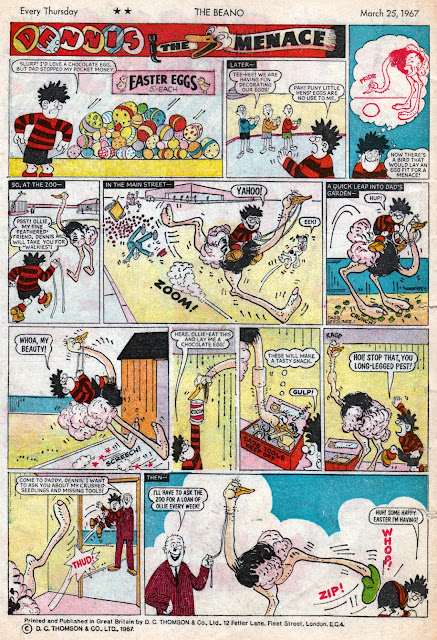 You can get easter eggs for a quid!

Billy the cat was an exciting strip..

I liked the bit where the rabbit lost his face in The bash Street kids! :)

Excellent stuff Lew (had to restrain myself from saying "Eggcelent") takes me right back to being a 6 /7 year old I actually think I had this issue - love Dudley Watkins art on “Biffo”.

I've got a 'Green & Black' organic Easter egg which cost £6 - yes, six quid is a lot for a bloody chocolate egg but it's only once a year and it's traditional. I'll scoff it on Easter Sunday :D I've also got a pack of 5 Creme Eggs.

I don't think I've had an Easter Egg since I was in my early teens, apart from Creme Eggs, if they count. I don't eat chocolate now anyway so none for me.

Billy Whixx was my favourite Beano character, i rarely laughed out loud at cartoon strips, but one of his was an exception which was also a good introduction to relativity - Billy tore past a speeding locomotive, which made the driver think he'd stopped, so was stepping out to see why...!