Justice in the newsagents 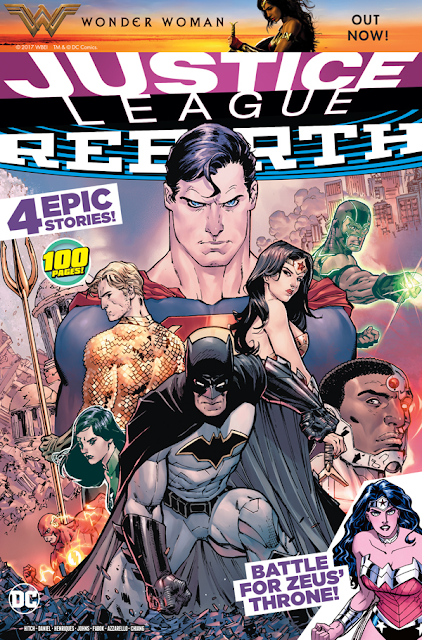 I'm pleased to say that, for the first time in many months, all of Titan's DC Comics are in my local WH Smith so it looks like they've finally solved the problem that caused Batman to be missing. I hope this is reflected across the UK.

Here's the PR on this week's release:

DC UNIVERSE PRESENTS: JUSTICE LEAGUE REBIRTH #2 IS OUT NOW!
Welcome to the latest all-action issue of Justice League! In 'The Extinction Machines', an ancient evil threatens first the world, then the entire universe. In 'Darkseid War', Wonder Woman leads the Justice League against Darkseid and the Anti-Moniter. In 'Power and Glory', Superman has freed himself from Rao's capture and finally in 'Son Rise', Wonder Woman must stop Apollo as he makes a play for Zeus' throne.
Subscribe now and get a #FREE DC Comics Top Trumps Pack, plus save up to 15% off the cover price! http://bit.ly/2t68rBs 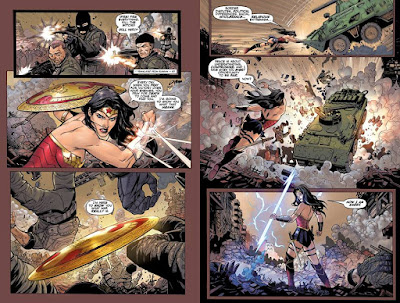 I made the painful decision to boycott Titan this week.

I've had enough for years, as have those responsible for the #boycotttitan hashtag. Printing errors, "next issue sale" date errors, lack of communication when titles are cancelled, etc. Bleeding Cool reported on it.

But I wanted some goodwill lately. So I bought the three issues of ALL-STAR BATMAN. On the third page, they invited reader comments. Good, I thought, a chance of a letters page.

And the e-mail bounced back. Invalid e-mail address. This happened once with the A4-sized Green Arrow title.

It's obvious to me, now more than ever, that Titan couldn't organize a birthday party. Unlike the care and attention one associates with Panini's Marvel titles, it's clear to me now that the DC UK titles are a mere afterthought to Titan (the printing errors, lack of communication and next issue sale date errors prove that). The DC UK titles they put are obviously an afterthought. I mean, if you can't even get the correct e-mail address in your titles, in addition to the errors mentioned above, you really don't deserve people's custom.

Their DC titles are obviously something knocked out when someone can be bothered - maybe it's a second job for someone at Titan - but they just give the impression they cannot be bothered.

Don't bother e-mailing ALL-STAR BATMAN, folks, last time I checked, the e-mail is not working. Like most of Titan's DC reprints, I suppose.

I am in a similar place the whole waiting two months (two months) for batman a comic which one third of it is taken up by a weekly goddamn comic they spent two years reprinting which is irrelevent now was one thing.

then justice league 2 seen in this post never arrived but what made me give up was the sudden cancellation of the harley quinn comic with no fanfare to the point i was not sure it was canned until i read their twitter account.

when panini sadly ended incredible hulks they told us on the first page.titan never even bothered that just said harlet was going into the suicide squad book and thats it

titan don't care they never will