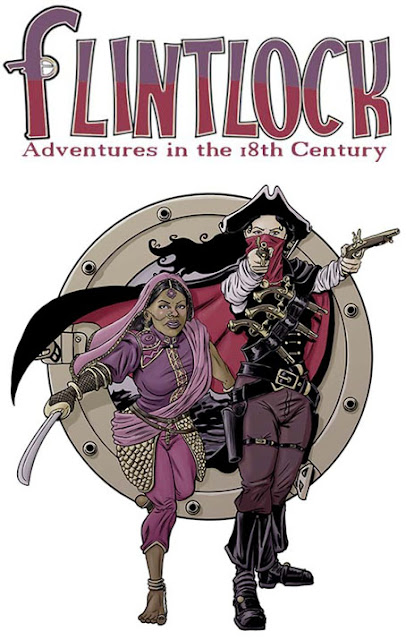 Since 2007 Time Bomb Comics has been publishing critically acclaimed one-shots and graphic novels.  A regular exhibitor on the booming comics convention circuit, the public face of Time Bomb Comics is Steve Tanner who, with his passion for the medium and penchant for garishly patterned jackets, is the driving force behind the Birmingham based Indie publisher.

Now, nearly ten years on, Tanner has decided to do something different through Time Bomb Comics that marks a step-change for the brand by creating and publishing what is intended to be an ongoing title: Flintlock. 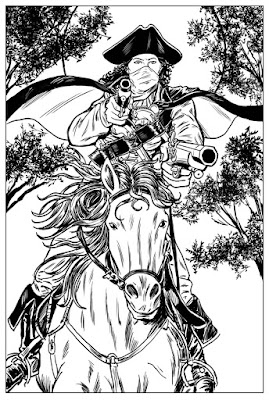 “I’m describing it as adventures in the eighteenth century!” he enthuses. He explains that the book will be a shared timeline anthology that features regular and rotating characters – and each story in Flintlock will take place at some point between 1701 and 1800.  He reveals that he has created a number of original characters who will make their debut throughout the series, including pirates, rogues, samurai, law enforcers and highwaymen.

Time Bomb Comics first became known to many for their historical horror mash-ups featuring the eighteenth century highwayman Dick Turpin, so will Flintlock just be offering more of the same?

“Well, the era is the same!” Tanner admits. “Researching the Dick Turpin stories really opened my eyes as to how rich the eighteenth century was as a setting, and sparked off for me a real fascination with the period.  I used to think it was the boring bit between the middle ages and the Victorians – how wrong I was!

“Part of that may be that we still only really see the 18th Century distilled through the novels of Jane Austen and the like.  Beyond that there’s a world in transformation with some wonderful opportunities to tell some good stories.  That said, the opportunity to create a unique highwayman character as part of the Flintlock universe was too good to pass up – and Lady Flintlock is very different to my take on Dick Turpin! 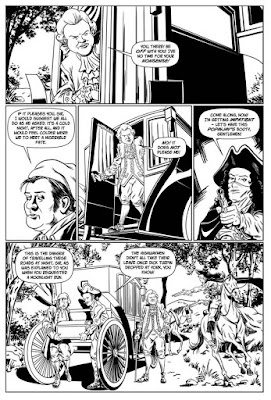 “Actually, both the stories that feature in Flintlock Book 1 have female leads.  As well as Lady Flintlock we have Shanti the Pirate Queen.  Shanti is Asian – from India – very different from the traditional pirate. There’s so few Asian characters in British comics so I’m interested to see how she’s received.” 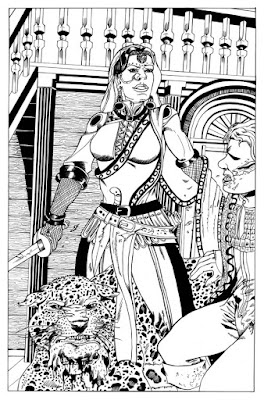 Over the last 9 years Tanner has evolved Time Bomb Comics from what was essentially a platform to promote his own work into something more far reaching with a wide range of creators featured in a diverse range of titles. But why would a small publisher known for producing one-shots and graphic novels suddenly embark on something perhaps considered more ambitious?

“The last full comic I wrote for Time Bomb was Dick Turpin and the Crimson Plague back in 2011 – and a story actually scripted in 2010. Since then I’ve been fortunate to publish some great books featuring some great creators – including some who inspired me to start up Time Bomb in the first place – but I wanted an opportunity to wear my grand Creator hat again, which to be honest had been lying forgotten in the corner gathering dust.”

But although Tanner has written the stories himself, he has recruited some talented artists to help him tell them.  United States creator Anthony Summey is the artist on Lady Flintlock and brings a clean, classic style ideally suited to adventure storytelling.  He’s no stranger to Time Bomb or the subject matter either, having drawn Christine Logan’s “The Dandy Highwayman” short story in the 2015 released Bomb Scares horror anthology.  Also on board is newcomer Lorenzo Nicoletta, who is the artist for Shanti, and marks the first UK appearance for the Italian creator.  Finally, another Bomb Scares alumni – Bolt-01 - has provided the lettering throughout.

“I’m revisiting it simply because the Bomb Scares campaign I ran last year proved to be so successful,” Tanner explains. “It enabled me to reach a readership that otherwise I wouldn’t have.  As a pre-order model it seems to work providing you’re fair to your supporters and sensible in your expectations.  It’s not the be all and end all - if the Kickstarter fails Flintlock will still be published – but the Kickstarter allows people to get the book for a great price and with some extra Flintlock goodies if they want it!”

The campaign for Flintlock Book 1 runs on Kickstarter from 1st – 31st March.

Flintlock Book One will be officially launched on 23rd April at the Birmingham Comics Festival.