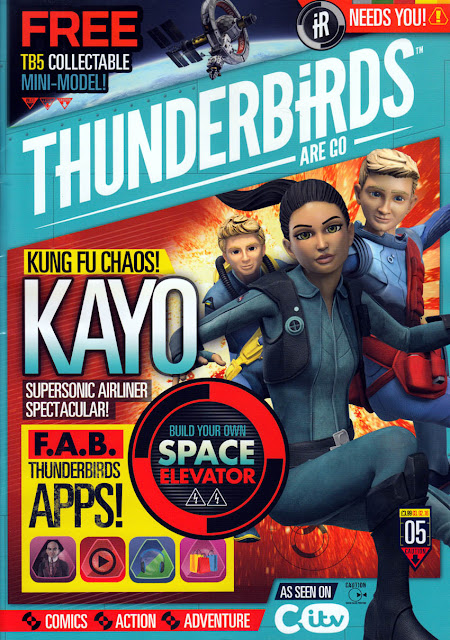 Another bunch of comics have arrived in newsagents this week. First up is Thunderbirds Are Go No.5 from DC Thomson. Admittedly some people don't consider this a comic as it's mostly photo strips from screen grabs of the episodes. However in that case it's closer to the Italian fumetti, which they consider to be comics so that's good enough for me. I only wish they'd create new stories by using screen grabs from different episodes, as I did for Egmont's CiTV Tellytots magazine years ago. 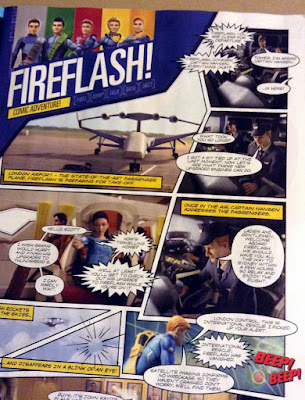 This month's issue continues its line of free Thunderbirds models and this time it's the new Thunderbird 5 which comes as a little four section kit to clip together. Next month presents a free Thunderbird S model, which I'm sure will be very collectable. 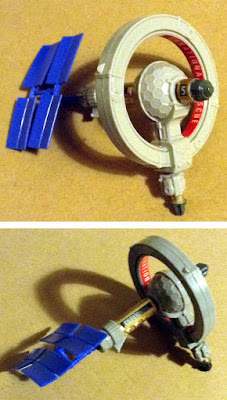 Also from DC Thomson of course is the latest Beano, No.3820, with 36 pages packed with all-new fun from top creators such as Nigel Parkinson, Laura Howell, Hunt Emerson, Paul Palmer, David Sutherland, and many more. 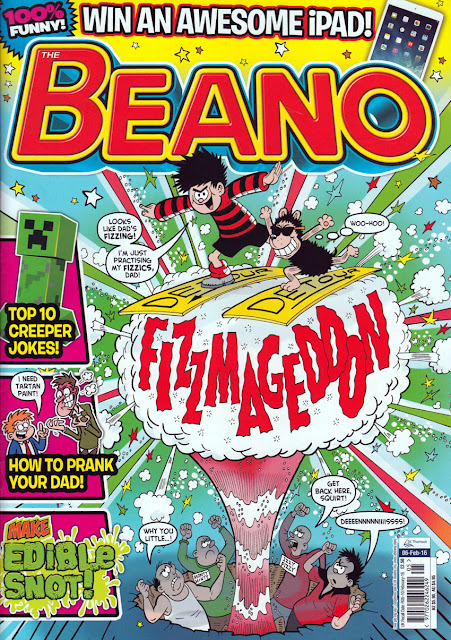 2000AD Prog 1966 continues its line up of strips that began in the Christmas issue. A striking cover by Neil Roberts this week. There's some fantastic work on view in this comic these days proving that today's artists can easily hold their own against the veteran greats of the past. Richard Elson's artwork on Kingdom continues to impress me more every week. 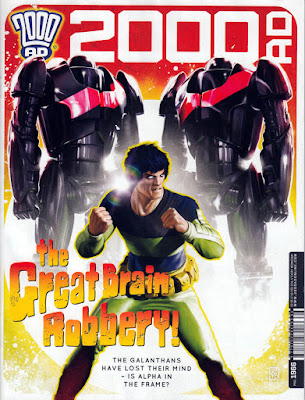 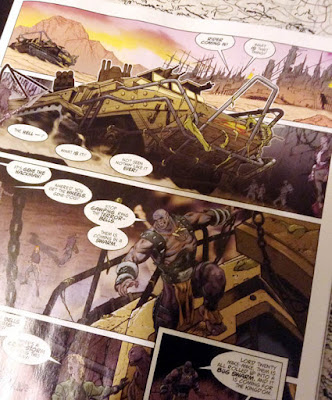 Doctor Who Magazine No.496 should please fans of brilliant cartoonist Roger Langridge as it contains a new 12 page strip, Theatre of the Mind, written and drawn by him. (There's also my regular Daft Dimension strip in there too.) 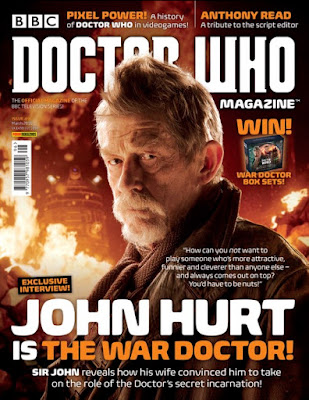 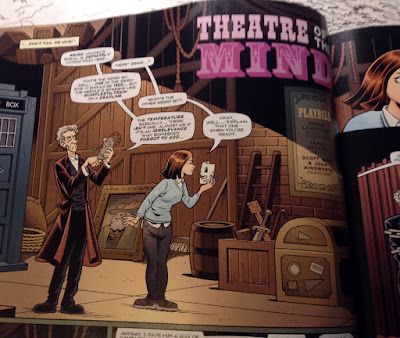 There's also a new issue of Doctor Who Adventures (No.11) out now, with more brilliant artwork by Russ Leach. 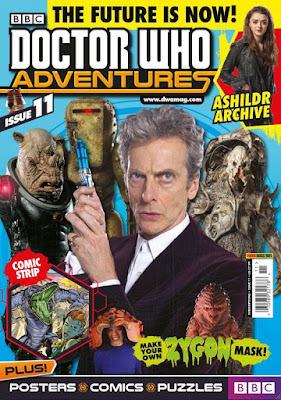 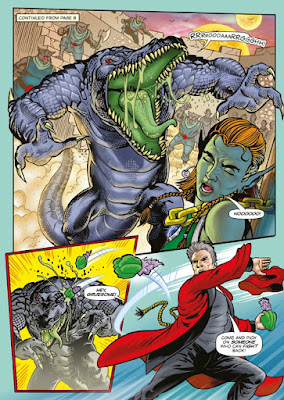 The Phoenix No.214 is also out now. You'll find issues in WH Smith and selected branches of Waitrose and Waterstones. There's some cracking talent in its pages including Jamie Smart, James Turner, and Long Gone Don by the Etherington Brothers. 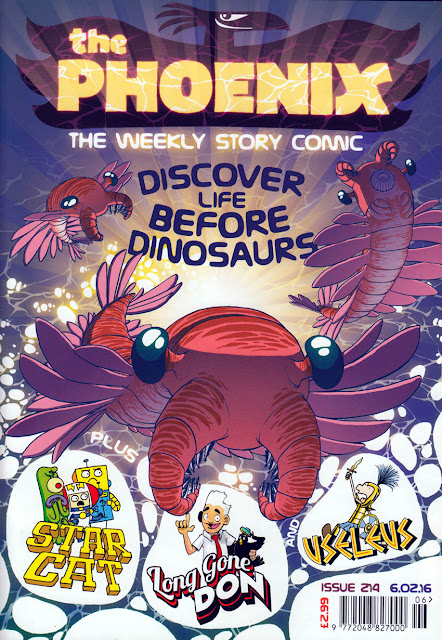 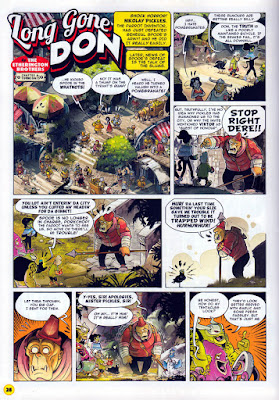 On the reprint front, there's Marvel Legends No.18 from Panini, The Flash No.5,  Batman Gotham Central No.1, and Batman/Superman No.14 (now monthly) from Titan Comics. 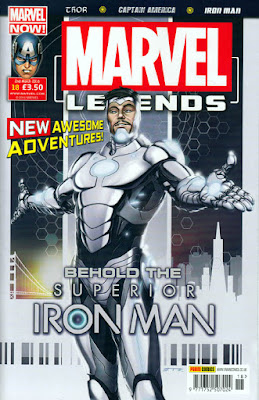 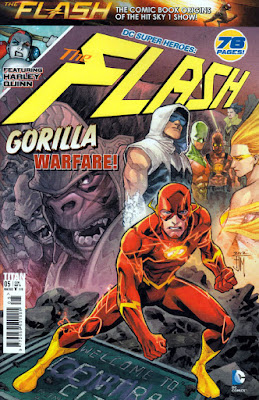 Also available is the latest volume of the DC Comics Graphic Novel Collection from Eaglemoss. This time it's a nice hardback of JLA: Earth 2 by Grant Morrison and Frank Quitely, originally published in the USA 16 years ago. 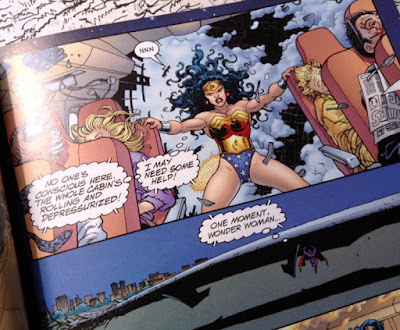 The back up in the book is a reprint of The Flash of Two Worlds; the first meeting of The Flash with his Golden Age Earth 2 counterpart from way back in 1961. There's also a few bonus features, making this a very nice collection indeed. I picked up my copy from WH Smith but you'll also find it in Asda and elsewhere. 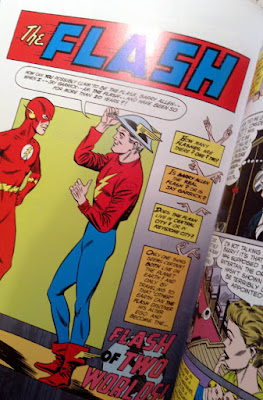 All the above are available in newsagents (limited to WH Smith in the case of The Phoenix). However, on sale in comic shops right now is the 4th issue of Johnny Red from Titan Comics. Another splendid issue by Garth Ennis and Keith Burns, with a guest cover by Kev Walker. 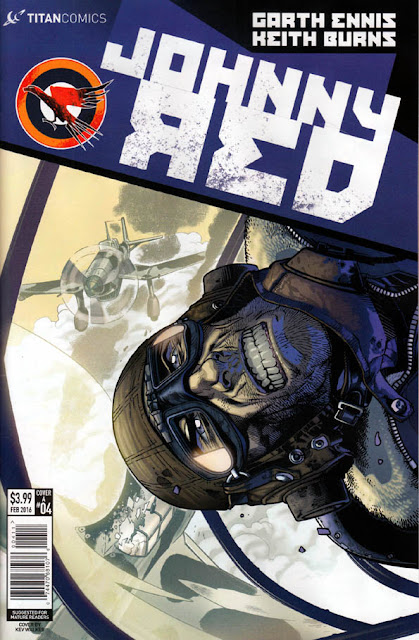 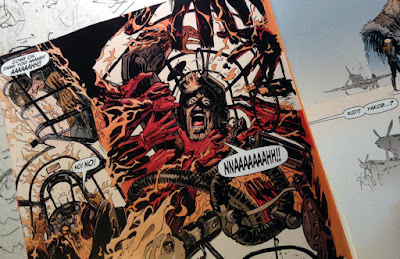 As far as digital comics go, this week's Aces Weekly awaits you in cyberspace. Visit http://www.acesweekly.co.uk and subscribe at only £6.99 for 7 weekly issues!

There may even be more British comics out now but the above are the ones that I bought or that sprang to mind. Most comics are monthly or 4-weekly now of course, which means there'll be several different titles out next week, the week after and so on. And this doesn't even cover any new independent comics and graphic novels that may have been published this month. Are British comics dead? Not on your nellie!
Posted by Lew Stringer at 23:12

Batman Gotham central seems to be every 6 weeks now. No mention from titan but they generally don't tell us readers anyway. (Is it me or they a badly run company?) Anyway its still printing the same 3 as before so perhaps its struggling for sales? The last 2 issues of Batman arkham/gotham central were 6 weeks apart too.