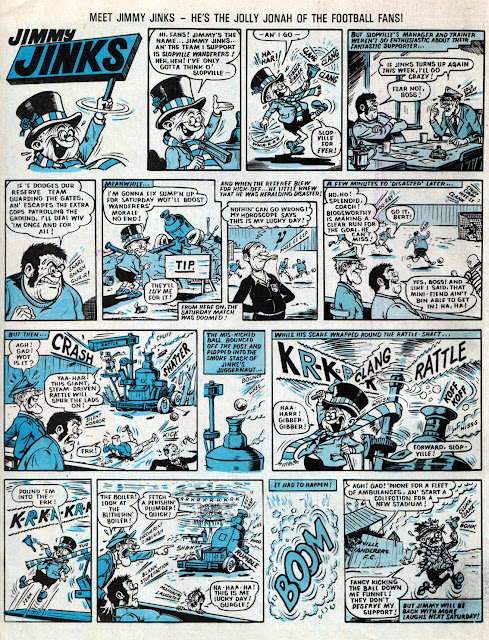 Continuing Blimey's look back at Ken Reid's strips for Scorcher and Score weekly and we come to Jimmy Jinks which ran in the comic from 25th August 1973 to 17th August 1974. Scorcher often introduced new strips at the start of a new football season and this was Ken's for the 73/74 season.

Ken's previous strip, The Soccer Spook, never always lived up to his usual standard, perhaps because it wasn't a 100% Ken Reid creation. However, Jimmy Jinks seemed to see Ken back on form with a manic little character causing chaos. A few episodes were ghosted by another hand (possibly Barrie Appleby) but the majority were by Reid. Here's a selection of some of the best... 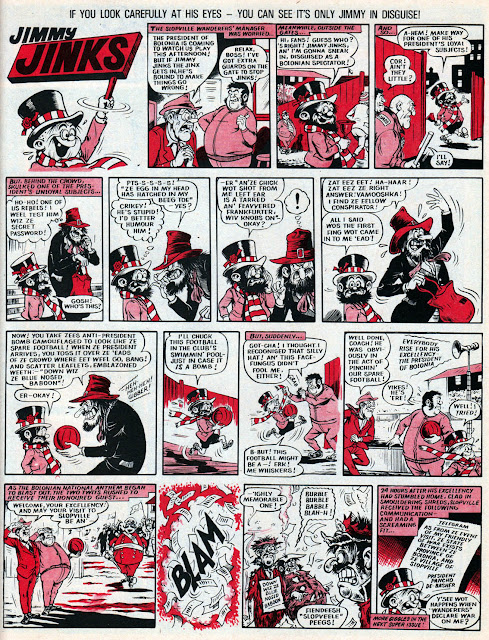 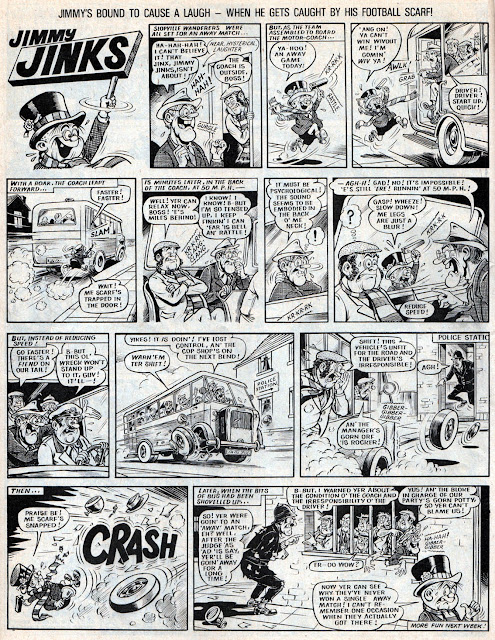 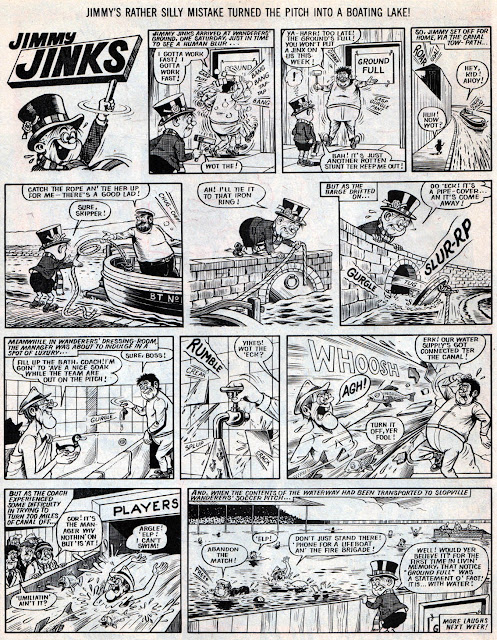 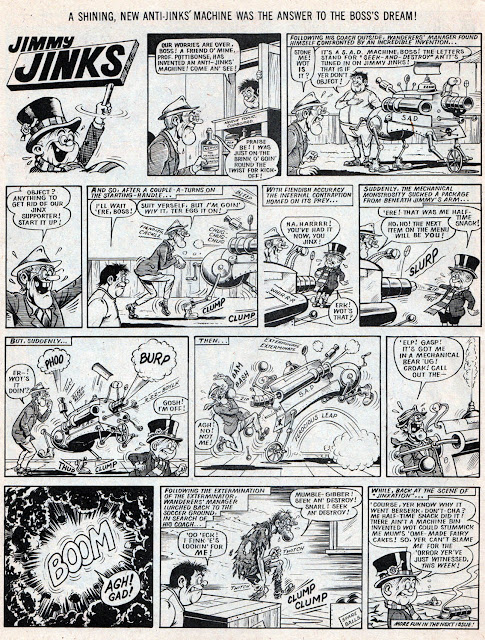 The final episode unfortunately saw Jimmy 'blacking up' (with boot polish!). A shocking scene by modern standards but this was 1974, a time when comedians on TV told racist jokes with regularity and The Black and White Minstrel Show was still a hugely popular series. This strip has to be seen in that context, uncomfortable though it is today. 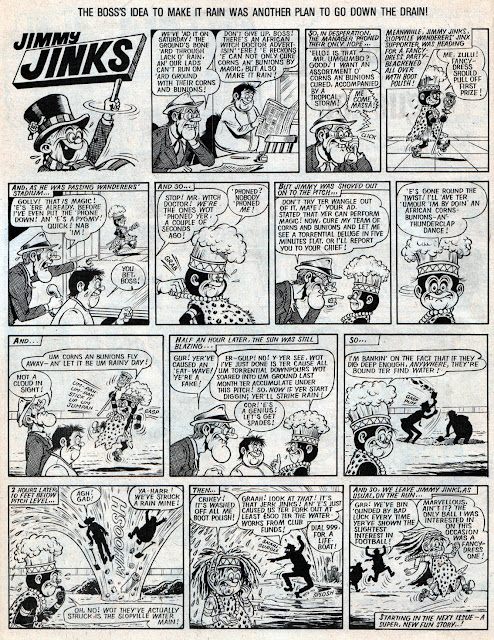 Here's a cross-reference of all the series that Ken Reid did for Scorcher. Have fun!

I don't know if you've tried this already but if you slip black card behind the page being scanned this stops the shadowing of the page on the reverse of that being scanned.

The black card absorbs most of the scanner light transmitted through the paper so there's hardly any to reflect back and produce the shadowing.

I didn't know about that so thanks for the tip. I could easily use techniques in Photoshop to decrease the show-through but I prefer to show the pages how they appeared in the comic for authenticity. I've never liked the saturation and bright whiteness that some bloggers do to their scans.

....although if a page was very tanned or stained I'd try to improve it of course. If it's just off white I tend to leave it so it's like looking at the actual comic.

It's Jimmy Jinks, not Jinx.

I'm loving this Ken Reid Scorcher jamboree - I think by 1974 I was drastically cutting down on my UK comic purchases (buying mostly only US comics) so some of these strips I just dont recall so its great to see them here. I have to say I had to have a double take of that "blacking up" strip - glad these type of things are of the past - great stuff though from Ken.

It’s always amazed me how a bloke from Manchester could manage a common-as-muck accent! Yes, absurd as it may seem, one can almost hear the sound of his characters’ voices, all those dropped hs, “wiv” instead of “with”, etc. This’d all gone by the early ‘80’s, as had most of Ken’s character with the exceptions of Tom Horror, Faceache and a very few others. If Ken were around today he’d no doubt be accused of distorting youngsters’ speech patterns. Wouldn’t happen? Ask the Teletubbies …