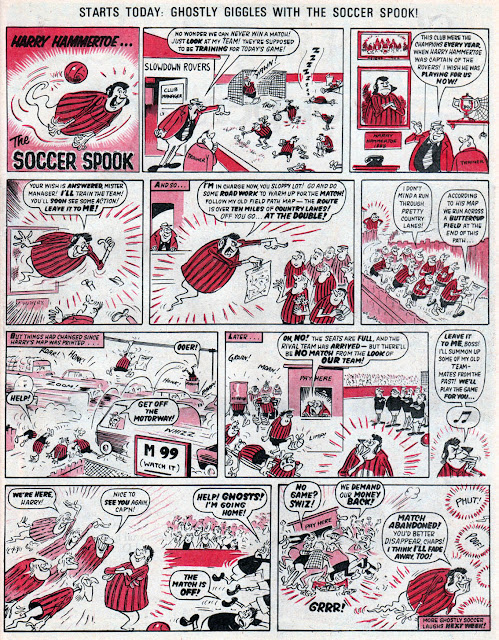 Continuing my look at the strips Ken Reid did for Scorcher and we arrive at an unusual one. Harry Hammertoe The Soccer Spook began in Scorcher and Score issue dated 19th August 1972 but it was drawn by Reg Parlett. Superbly done as always... 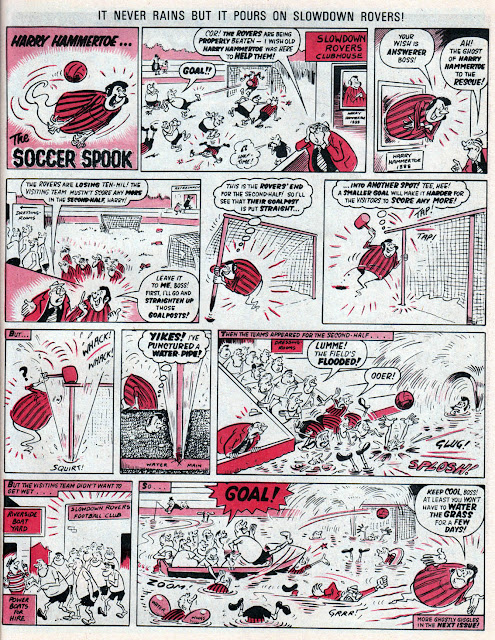 A few issues later however, someone else ghosted Reg's style (possibly Ian Knox or Joe McCaffrey?)... 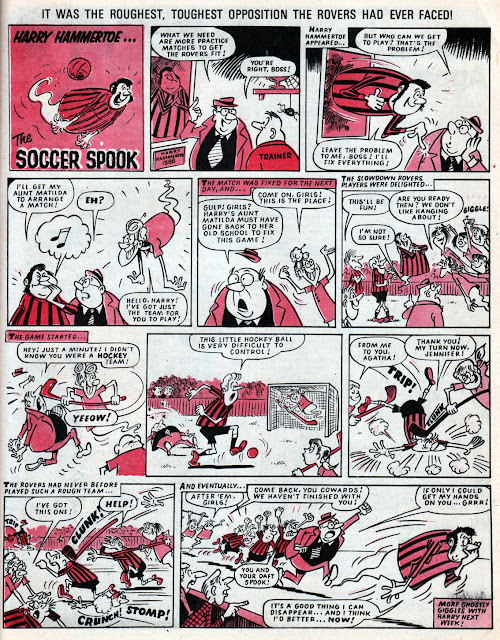 Then with issue dated 30th September 1972, Ken Reid illustrated an episode, obviously instructed to imitate Reg Parlet's style as best he could... 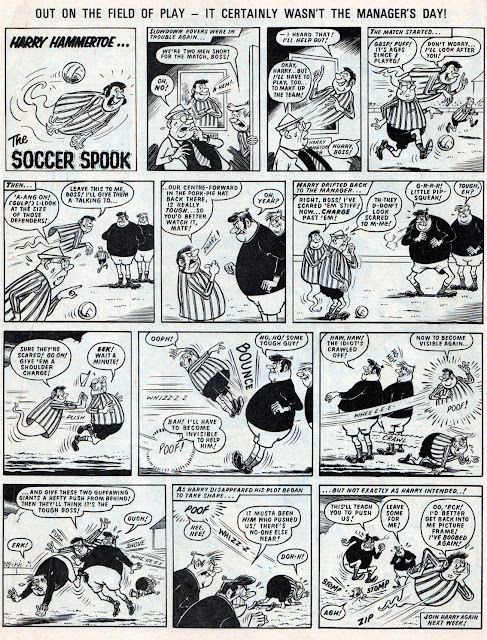 The artistic musical chairs settled down a few weeks later with Ken Reid as the regular artist drawing in his own style... 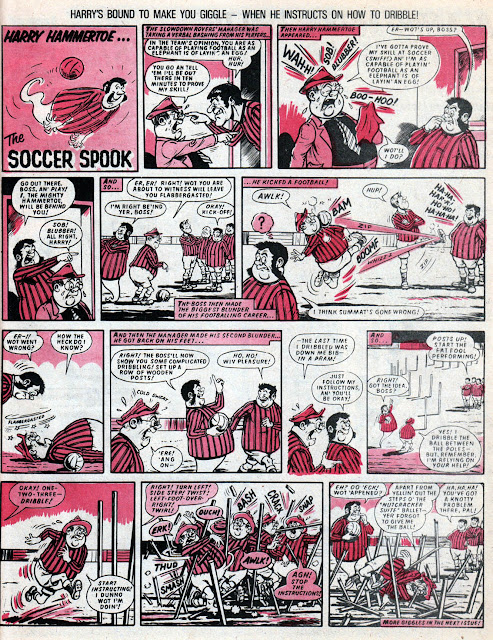 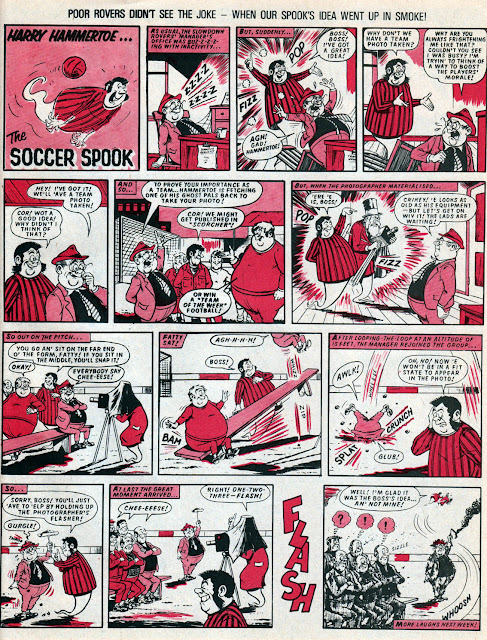 The Soccer Spook had a decent run of a year, ending with Scorcher and Score dated 18th August 1973... 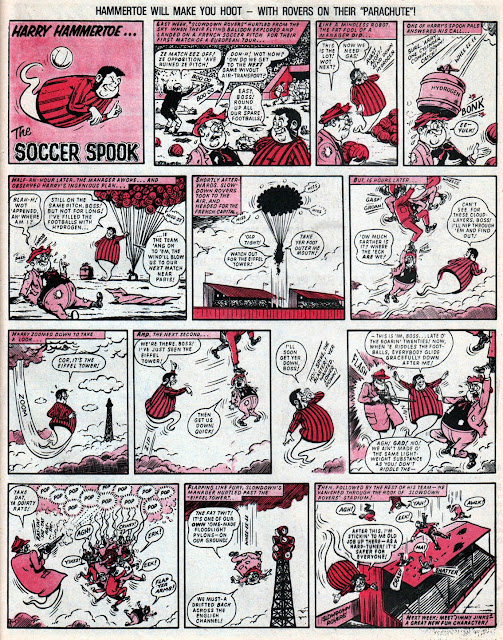 Pages scanned from my complete collection of Scorcher.


Here's a cross-reference of all the series that Ken Reid did for Scorcher. Have fun!

I think that might be Barrie Appleby, possibly on Reg’s pencils. There’s something of Joe McCaffrey about it (but not quite), but I’m sure it’s not Belfast’s most famous owner of a penny farthing.

Oh now you are spoiling us with Reg Parlett and Ken Ried strips - amazing to think someone asked the mighty Ken Ried to ghost the equally mighty Reg Patletts work - 2 of my favourite UK cartoonists of all time (with Leo and Dudley) - This strip along with the "Triptoe Triers" are two I have only a passing memory off despite buying most issue of Scorcher back in the day so its great to see them again Lew - yer a star!

Thanks Paul. More to come!

I see what you mean, Andy. It's hard to tell really. Might even be by someone who didn't stick with drawing comics.