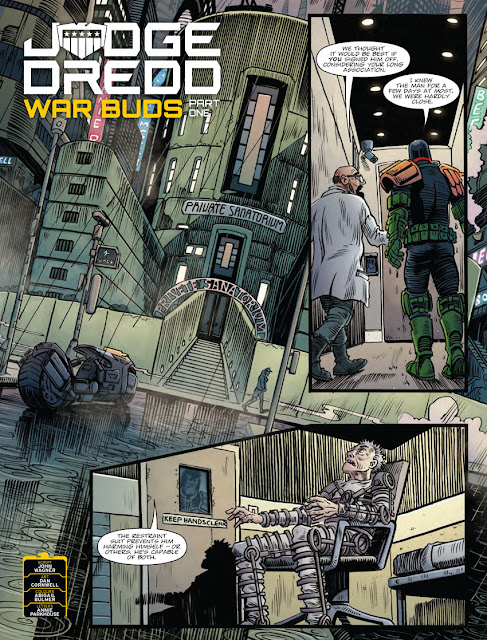 Having built up a fanbase with readers who admired his artwork on football/SF comic Rok of the Reds, Dan Cornwell joins 2000AD next week by illustrating a new five-part Judge Dredd serial.

The story, War Buds, sees Dan working again with his Rok of the Reds collaborators, writer John Wagner and colourist Abigail Bulmer. It's an impressive mainstream debut, as can be seen from the preview page above.

As readers of this blog will know, I was one of the many people who enjoyed Dan's artwork on Rok of the Reds and I'm very pleased to see him in 2000AD, a natural home for his work. Let's hope this five parter is the first of many contributions to the comic.