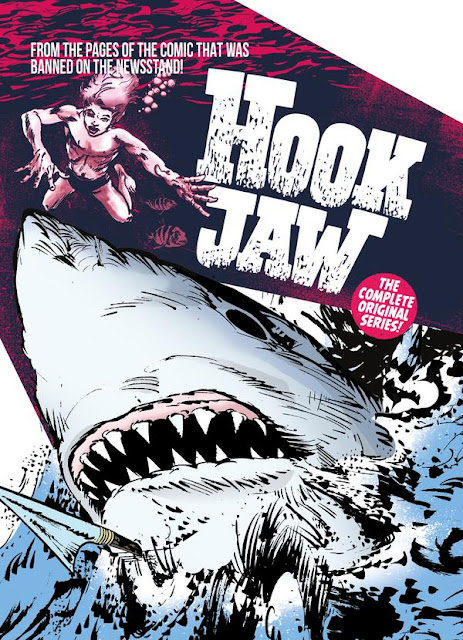 Only a month to go until Titan release their book that reprints the classic Hook Jaw strips from Action. This violent, controversial strip proved highly popular back in 1976 when it was first published in weekly instalments and the collection is being eagerly anticipated by fans of the series.

When I posted the first news about this book back in March, Hook Jaw had a completely different cover (see below). Perhaps that cover was judged to be too gruesome for High Street bookshops? (Unfortunately the quote by me has also vanished from the new cover, unless it's on the back now.) 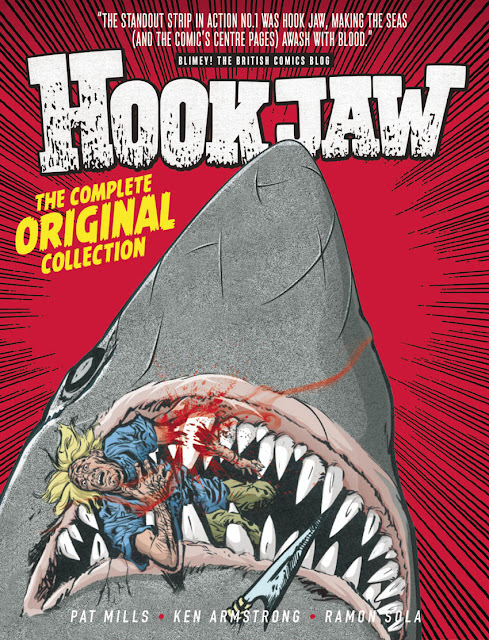 The main attraction though is the content, and it sounds like the book will be quite comprehensive as it even includes Great White Death, the prequel story that was originally published in Action Summer Special in 1976. 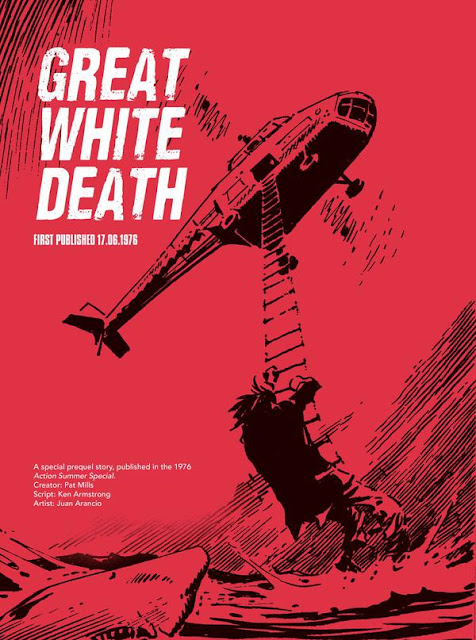 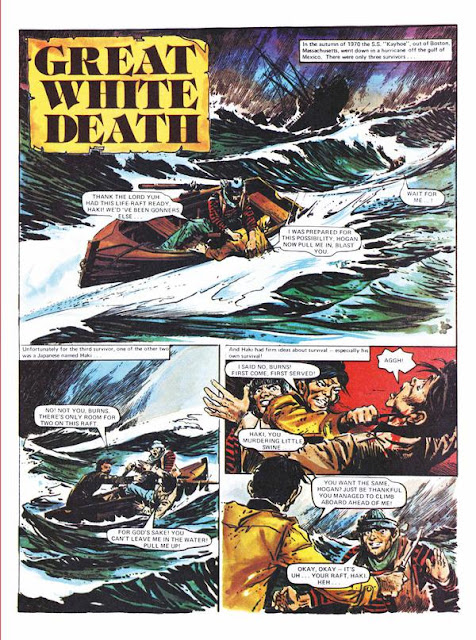 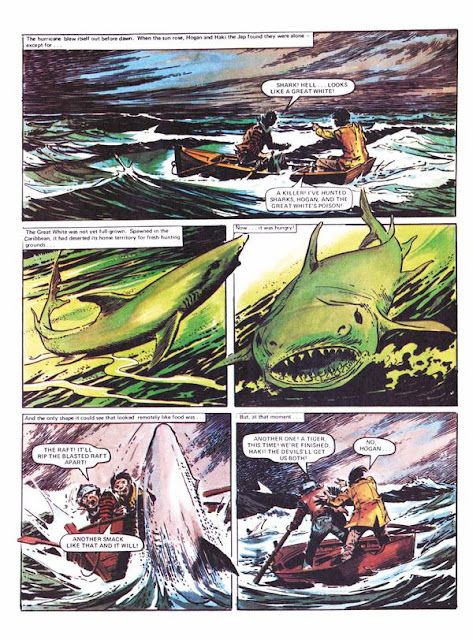 Hook Jaw, written by Pat Mills and Ken Armstrong, and with art by Ramon Sola, is now scheduled to be published on 12th September.
https://titan-comics.com/c/1008-hook-jaw-archive/
Posted by Lew Stringer at 11:40

Is it just me who wishes they'd re-letter these comics, you know, with actual hand lettering instead of that godawful (and badly done) typesetting?

That new cover doesn't look complete. There's an empty white space and they seem to have removed the creative team credits.

Yes, it does look off-balance. I presume some text will be in that white area by the time it's published.

I find I get used to that typesetting after a few pages, Brad. Hook Jaw was re-lettered when Strip Magazine reprinted it a few years ago but I guess Titan will stick to the original lettering. Thing is, hand lettering, or a similar font, would take up more space in order to be legible and would obscure more of the art.