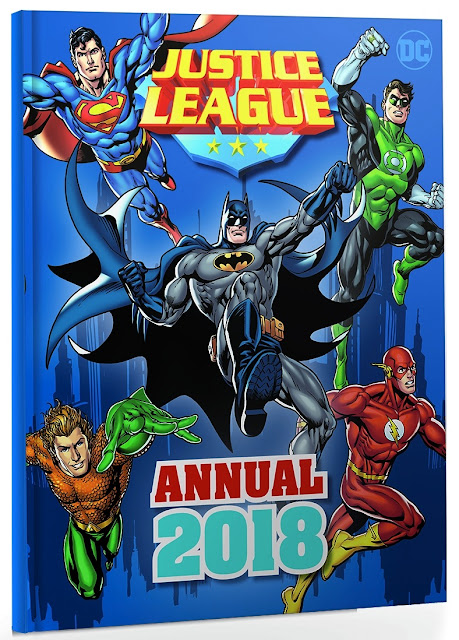 Licensing brands is a complex thing. Titan Comics have the rights to publish a UK Justice League comic, and Panini UK publish a Scooby-Doo comic, but here we are with Parragon Books (part of D.C. Thomson) publishing annuals for Justice League and Scooby-Doo! 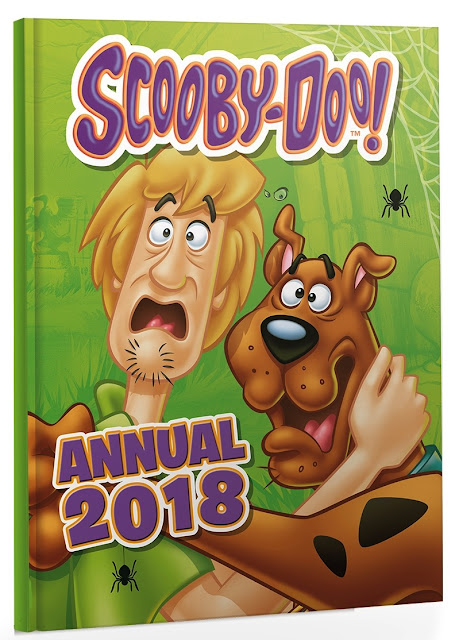 Such is the strange world of publishing. If you're interested in these books you can order them directly from the D.C. Thomson online shop here:
https://www.dcthomsonshop.co.uk/our-brands/annuals-calendars/annuals.html
Posted by Lew Stringer at 06:30

I'm not surprised about the Justice League one, as DC Thomson did Superman and Batman annuals last year. There was also a Batman/Superman one from Titan, so I guess their rights must be non-exclusive.

Oh no, the Batman and Superman annuals last year that were not published by Titan were awful! I hope this Justice League one won't be the same. Titan had been producing some pretty decent DC annuals for a coupleof years.

I remember a DC Super Powers Annual (1986, I think) being published by Marvel UK.

And then, from 1990-1992, Marvel UK published a Star Trek: The Next Generation comic - which featured US reprints that DC Comics had published stateside!

It amuses me at times.

I presume the JL annual will contain reprints that were designed for younger readers, but I've no idea what they'll be. No doubt the books will soon appear in shops. These superhero annuals usually turn up discounted in The Works right from the outset.

Parry, Tony's Trading lists that DC Super Powers annual as 1985, but Marvel Database wiki says it was published in September 1985, which would make it a 1986 annual. The indicia is on the wiki (to prove that a DC title does indeed belong there, as you're right, it was a Marvel UK book) but it lacks a year, and so does the cover. So I don't know which year is right. It reprinted material first published in 1984.

As for this year's Justice League annual, I suspect it's these:
https://blog.generalmills.com/2011/10/dc-comics-and-big-g/
Logo (which was never used on the main continuity comics) and costumes match, they're all-ages stories.