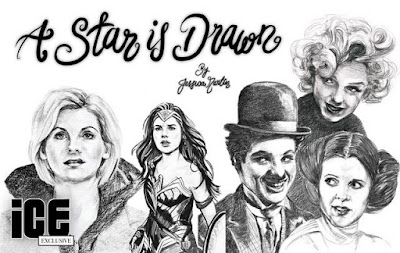 The latest announcement for the International Comics Expo (ICE2017) in Birmingham on 9th September is that Jessica Martin will be there to exclusively launch her new book. Here's the full info from the convention's Facebook page...

We are thrilled to announce that Jessica Martin’s latest book, A Star Is Drawn, will be launching exclusively at ICE 2017!

A collection of Jessica’s distinctive portraits and sketches, featuring some of the brightest stars in entertainment from the last 100 years, put together for the first time in one volume.

Join Jessica on a journey through her influences and inspirations, from Bette Davis to Bowie, and experience the ArtyMiss collection as you’ve never seen it before.

Jessica Martin has spent over thirty years in entertainment, performing in theatre, comedy, television and radio. She is now a critically acclaimed comic creator and artist, and glad to be at ICE 2017!

As well as ’A Star Is Drawn’, you’ll be able to pick up her previous works (including comics ‘It Girl’ and ‘Vivacity’, and graphic novel ‘Elsie Harris Picture Palace’), and get a first look at some of the art for her upcoming memoir ‘Life Drawing – a life under lights’, which has recently achieved 100% crowdfunding and will be published next year with Unbound.

ICE2017 is shaping up to be a great day, with the following guests also confirmed:

It's an honour once again to be on the bill, as ICE is one of my favourite events and is 100% about comics. This year, the new venue is the Birmingham Conference and Events Centre, part of the Holiday Inn. An excellent choice, as not only is it right next door to Nostalgia and Comics (one of the best and longest-established comic shops in the UK) it's also only a couple of minutes walk from New Street Station. 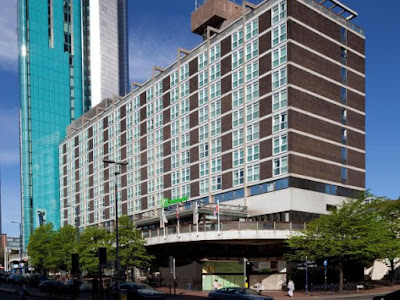 So... come along and meet us all on Saturday 9th September! Here's the website with all the info...
https://internationlcomicexpo.wordpress.com
Posted by Lew Stringer at 23:44