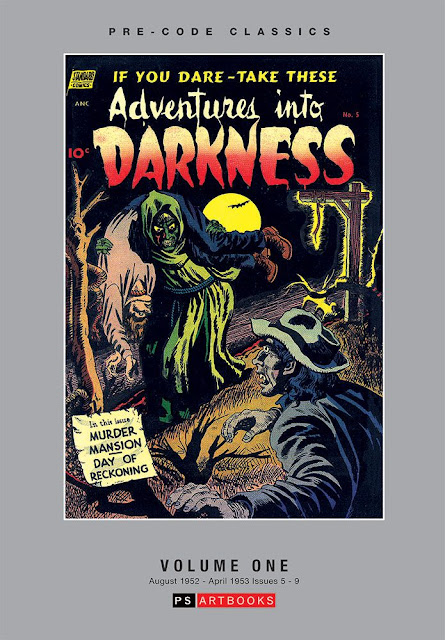 British publisher PS Publishing have produced many hardback collections of various pre-code American horror comics, and here are two new books to add to your collections.


The covers alone in this baby are worth the price of admission . . . Alex Toth, Jerry Grandenetti plus, for fans of DC’s MY GREATEST ADVENTURE, Ruben Moreira— comics just don’t come no better than this, folks.
Standard Comics did not believe in #1 issues. They were convinced that comics sold better if they appeared to have been around for a while, and therefore they started all their horror titles with #5, each lasting about ten issues of fairly well-done E.C. imitations.

About 'Adventures Into Darkness'

Limited to just 1000 copies and split across two editions, this book is available to order through PS Publishing at this link: 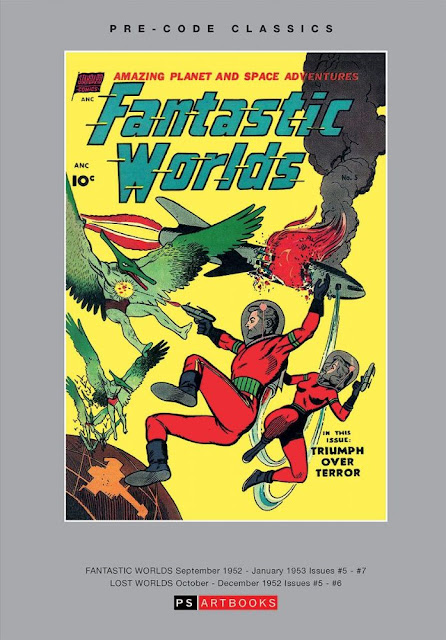 Marauding winged men, dishy dolls with back-packs and ray guns, blazing interplanetary rocket ships and grumpy flora and fauna - this one has it all! Outer space as it should be, courtesy of the greatest comicbook writers and artists of the 1950’s. Be there or be square space-folks!

Limited to just 1000 copies and split across two editions, this book is available to order through PS Publishing at this link:

http://www.pspublishing.co.uk/pre-code-classics-fantastic-worlds--lost-worlds--volume-1-4310-p.asp
Posted by Lew Stringer at 22:11