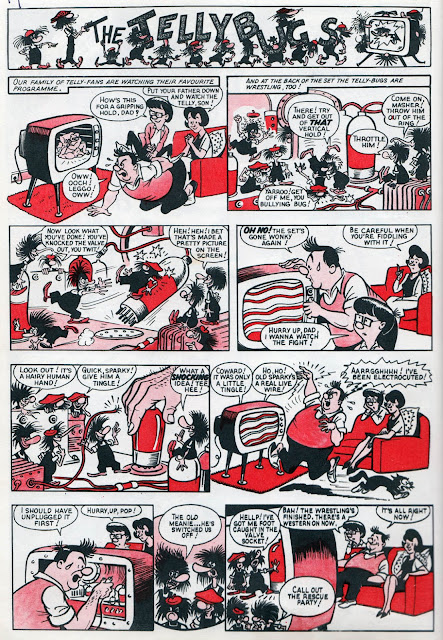 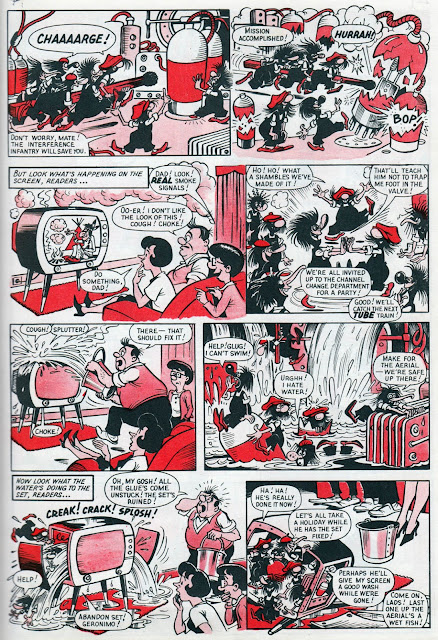 The Tellybugs was published in the early issues of Smash! in 1966, and these examples are taken from the first Smash! Annual 1967 (published in 1966).

At first glance, The Tellybugs looked a little old fashioned for a relatively hip comic like Smash! but it was perhaps the most relatable strip in the comic. The domestic setting looked very 1960s, which despite what some historians might tell you, was more mundane than the flower-power scenario they paint it as. The dad in The Tellybugs looked and dressed just like most dads of the time, and the television going "wonky" was always a likelihood. I remember a few times when "a valve went" in our old set.

The artwork was by Cyril Price, as I thought, but George Parlett often drew the strip so this may be his work. 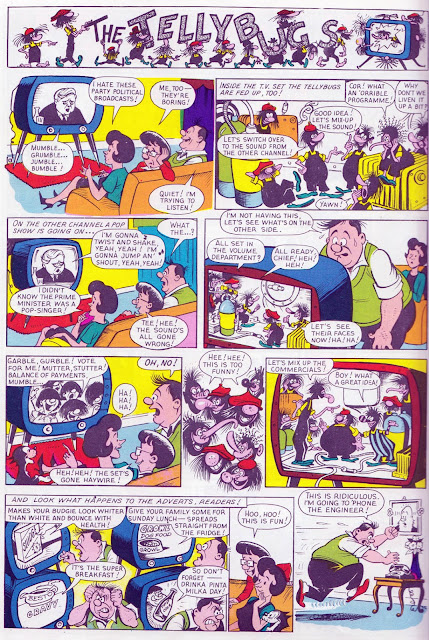 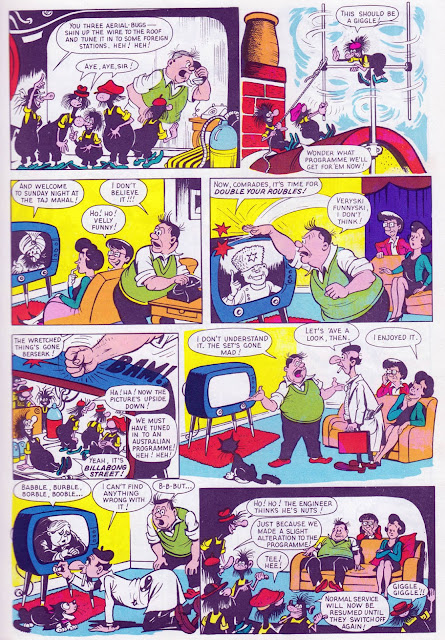 The Odhams "Power Comics" were brilliant for stuff like this. Some might say they were a bit too reckless. There's no way that a children's annual today could feature a story where a character fiddles around with live electronics or throws a bucket of water over a TV set. Even back then it was edgy, but that was part of the appeal of Smash!, Pow! and Wham! They felt a bit dangerous, but at the same time they were actually treating readers with respect. They didn't put any warnings on the strips. They didn't feel they needed to. They respected our intelligence not to imitate scenes from the comics. We'll never see their like again.
Posted by Lew Stringer at 21:45

Maybe it's my imagination Lou, but weren't some of the Tellybugs strips drawn by George (brother of Reg) Parlett?

You're right, Phil. Idiotic of me. It is of course George Parlett. I'll correct it, and as you pointed out my mistake I'll forgive you for calling me "Lou". :)