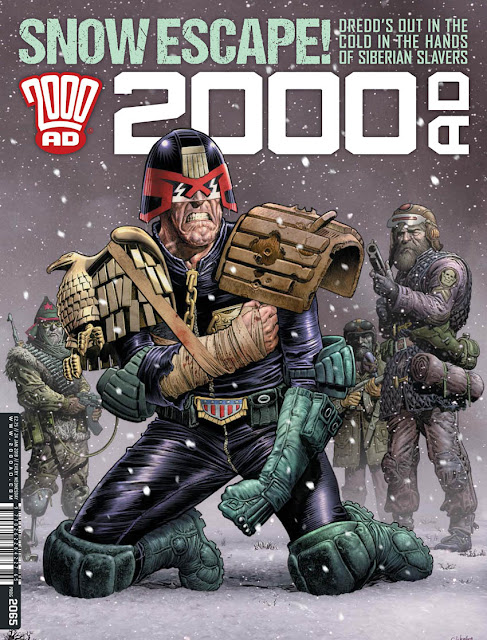 Reaction to these previews of 2000AD is usually very quiet or non-existent, despite the fact that my blog is often the first to show the pages. Is it worth my time to continue posting these previews every week, or do you prefer to wait until the comic is in the shops to see what's in it? Let me know by leaving a comment please. 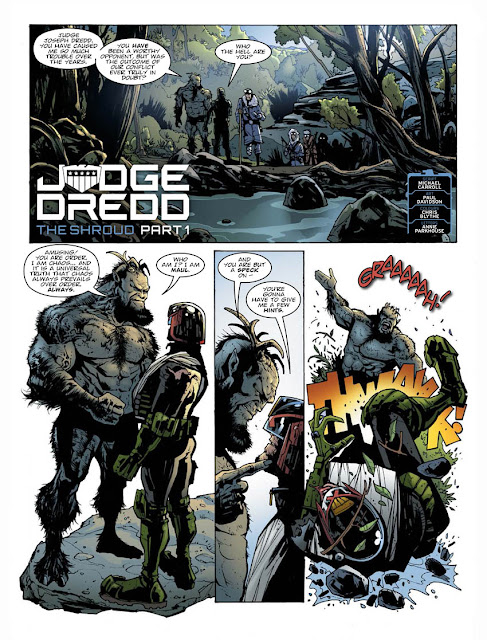 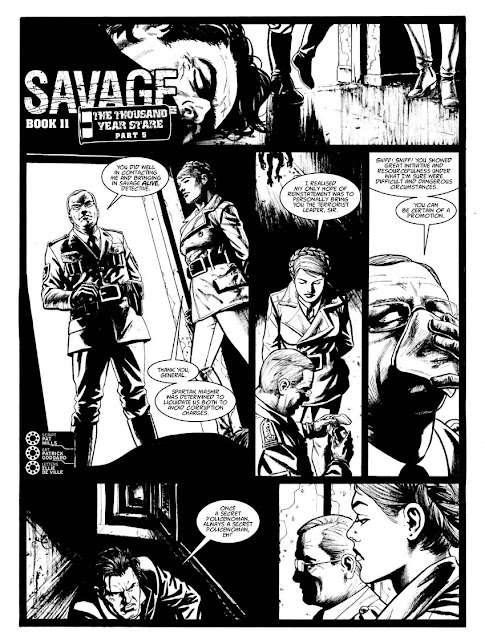 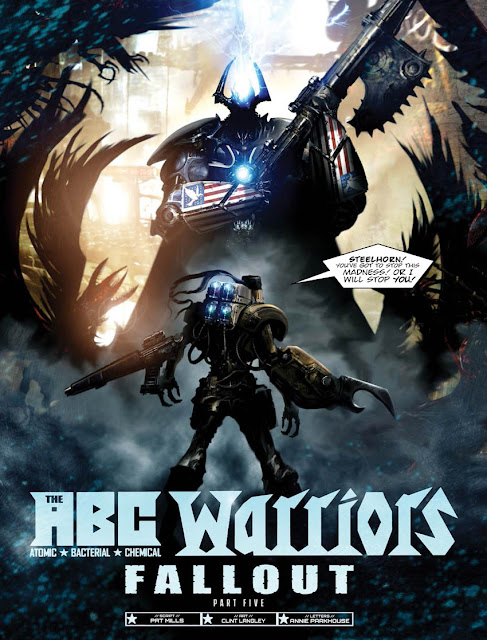 I have only just discovered your blog. I cannot express the amount of pleasure it has been bringing me. As an active comic reader who spent his childhood devouring Vulcan, Bullet, Cheeky, Action...this is a treasure trove. I have never come across such a comprehensive and affectionate resource. Thank you both sincerely and deeply. In response to the previews, I have been reading 2000ad since issue one, and have never missed an issue, despite moving to North America. I personally enjoy the preview in the same vein as a movie trailer wets the appetite. Thank you again.

That's good to hear. Welcome aboard, Nlodge! There are over 2,600 posts on this blog so I hope it'll keep you busy for a while. Thanks for commenting!

I like the previews! Particularly useful when you give readers advance notice that a bunch of new stories are starting, so it would be a good jumping on point.

If it wasn't for your blog, I'd have missed out on the Megazine starting to do Fleetway reprints and interviews/articles about the Treasury of British Comics line.

I for one really look forward to the previews and very much appreciate you taking the time and trouble to make these posts. My real interest is in 1970s/1980s girls' picture-story comics, but I still devour anything and everything on your site. Long may it continue.

You have to wonder what today's generation of kids must make of a supposedly futuristic comic called 2000AD - it would be like the 10 year-old me in 1976 reading a comic called 1960AD. The title gets increasingly ridiculous as the years pass. Surely it should have been re-named 3000AD back in 1999 - Marathon became Snickers without any problem so don't say it can't be done.

I enjoy your previews. As only an occasional reader, they have inspired me to pick up a copy from time to time.

It's good to hear that the 2000AD previews are useful. Thanks, folks. I'll continue doing them.

Colin, I doubt there are many (if any) kids under 12 reading 2000AD these days. It hasn't been aimed at younger readers for a long time. The notion of changing it to 3000AD has been around since the 1980s, but the thing is, the title has become a recognisable brand, so changing it now would be pointless. Like 'Viz' or 'Chips', the name isn't as relevant as the legend itself.

Just to say, Lew,that I appreciate these previews popping up in my Inbox and thanks for doing them, I don't always buy the comics these days, but without your heads-up on content and especially new series starts as commented above I might never think to do so!

I enjoy the previews - the reason for the lack of comments is lack of time as I work Agency for 4 days - not lack of interest in the Blog - and I am a subscriber to 2000ad so its great !!

Thanks. The previews will definitely stay then.

I don't see how the title is ridiculous, the millennium lasts for quite a bit of time lol, and all the stories are still future-set within it. To change it to 3000AD while stories like Dredd are set sometime in the future between 2000AD and 2999AD? Now that would be the ridiculous thing.

2000AD did actually have a copy of 3000AD as a free gift once, just to register the copyright I think. It was a 16 page one off. No need to change the regular comic's title though. It's been established for 41 years so changing it now isn't necessary. Maybe if it's still around at the end of this millennium... :)

Thanks. The previews will definitely stay then.