My favourite Beano adventure strip as a child in the 1960s was The Iron Fish, the mini-submarine steered by Danny and Penny Grey, getting them into all kinds of exploits. The strip was later revived for Buddy comic, with the vehicle now piloted by Danny Boyle. 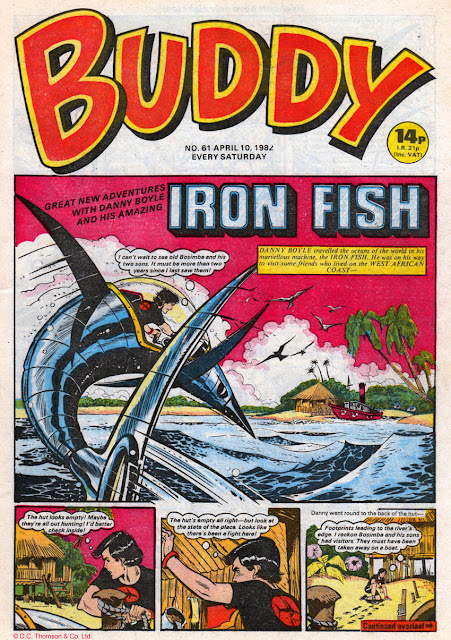 The strip seemed too fantastic to ever happen outside of a comic, but now it's a reality! The Seabreacher is a range of submersibles that look and perform very much like the craft in the comics. I'm sure it's just a coincidence, as they both use a fish design as a template, but it's still a thrill to see an "Iron Fish" in the real world.

You can find out more about this amazing craft at the Seabreacher website here:
https://seabreacher.com 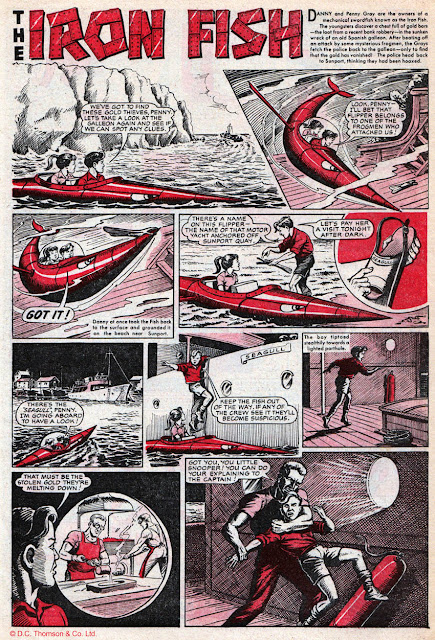 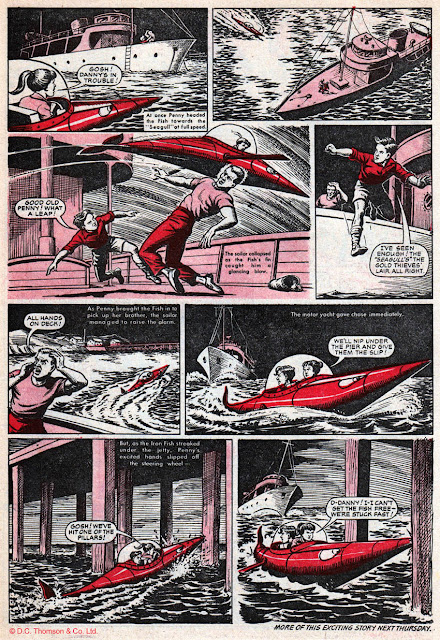 My thanks to Stephen D. Quirke for bringing the Seabreacher to my attention.

Email ThisBlogThis!Share to TwitterShare to FacebookShare to Pinterest
Labels: Iron Fish, The Beano

That's all kinds of awesome!

Sometimes you just wish the numbers for the Euromillions lottery would come up!