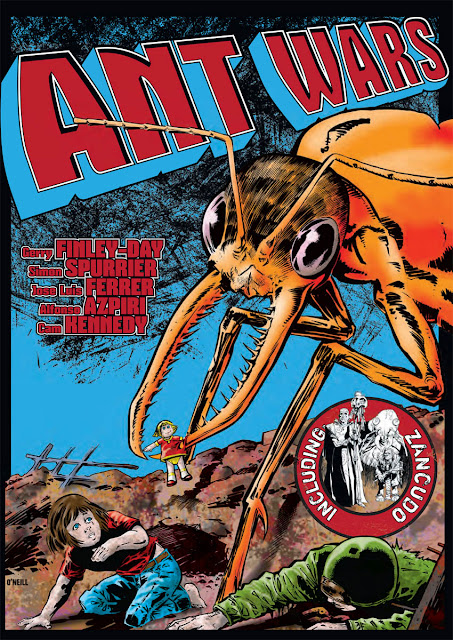 Rebellion's next collection of classic material will be Ant Wars, reprinting an early serial from 2000AD. The book will also include a back up, collecting the Zancudo serial from more recent times. Here's the info and a few preview pages...


ANT WARS: When military personnel spray an untested insecticide on ants in the Brazilian rainforest, the colony mutate into super-intelligent creatures with a taste for human flesh! As the terrifying army head closer towards civilisation, Captain Villa and a young forest native race ahead in the vain attempt to warn a thoroughly unprepared world! Written by Gerry Finley-Day (Rogue Trooper), with Art by Joe Ferrer (Robo-Hunter), Azpiri (Black Hawk) and many others, Ant Wars is an exhilarating take on classic sci-fi movies. 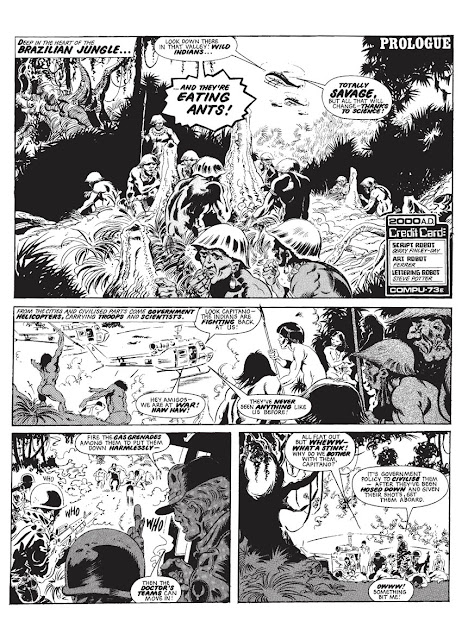 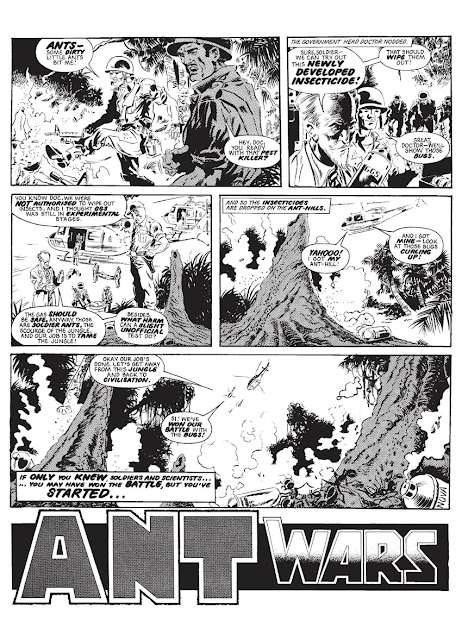 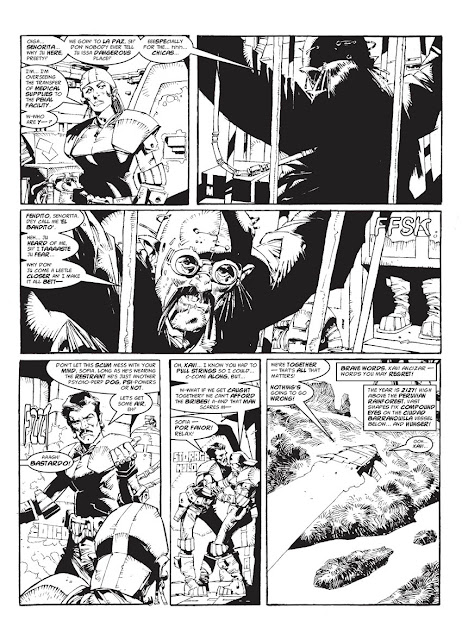 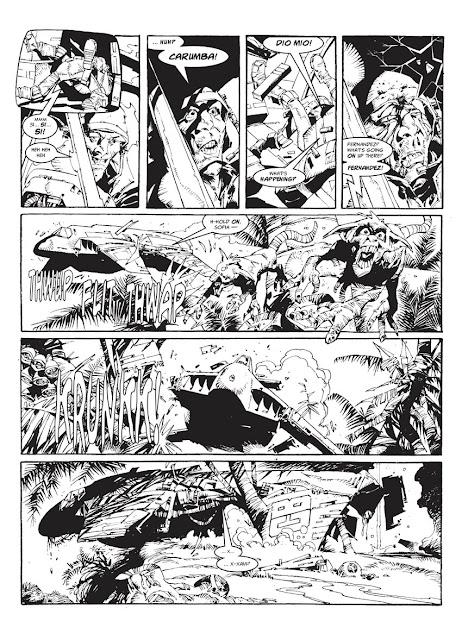 Thanks, Lew. Another book to buy. I loved Ant Wars.

I know some are saying it doesn't deserve reprinting but I think it'll tap into the nostalgia factor for a lot of people who threw out their early issues of 2000AD. That's the thing about these books. The don't all have to be groundbreaking, just enjoyable to read.

Their doing, not yours - (1) if these are giant ants as the cover shows, the publicity text doesn't mention it (it is on the cover though) - and if they're not giant ants (and it's either a dream scene or an incredibly small doll - which is possible) then it's misleading - and (2) is "the terrifying army" the super-ants, or the idiot humans spraying the untested insecticide?

It should appeal to young readers who enjoy seeing foolish humans devoured by ants, but they may have a preference for colour artwork.

Some future catastrophe might be avoided by the authorities identifying who those readers are, but that goes anyway for most stories in "2000 AD" and the people reading it... presently including myself. Not that I'm plotting a catastrophe or even an unfortunate imprudent scientific experiment. Not one involving giant ants, anyway. Now, robots - I do have some ideas. Not bad ideas... not meant to be bad.

You are completely right, Lew. To me it suited the theme of the comic at the time and was an enjoyable yarn (particularly as I liked the film Them.

Besides, wouldn't it be boring if everything had to be groundbreaking. ;)

Robert, they mutate into giant ants as the cover suggests.

Readers of the 1980s EAGLE will know this as well... it was dusted off as a budget-stretching reprint.

You're right! I'd forgotten it had been reprinted in those comics. I threw out my issues years ago. (I still have the first 200 issues of 2000AD though.)