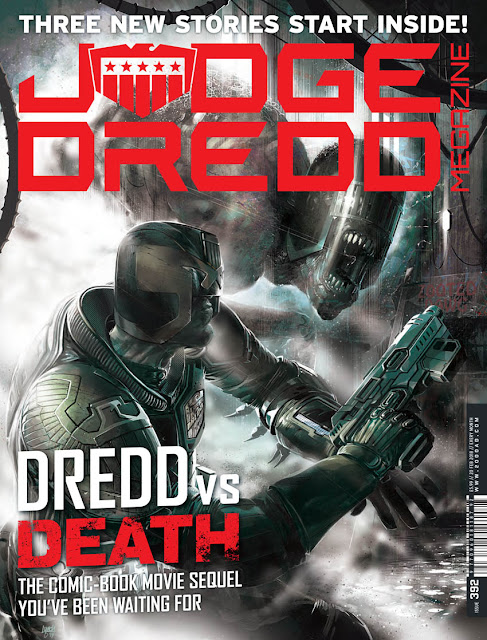 Here's the press release and preview pages for the next issue of Judge Dredd Megazine, - in shops this coming Wednesday!

Ever since the Judge Dredd Megazine began its series extrapolating on the world of the DREDD movie starring Karl Urban and Olivia Thirlby, fans have speculated when or even if the Dark Judges would make an appearance in the more 'grim 'n' gritty' world of Alex Garland's action opus. Well they can wonder no longer - series writer Arthur Wyatt and co-writer Alex De Campi (Mayday, Wonder Woman) have teamed up with fan favourite artist Henry Flint to bring Judge Death himself to the strip - and it promises to be one hell of a swansong for the series! Details below... 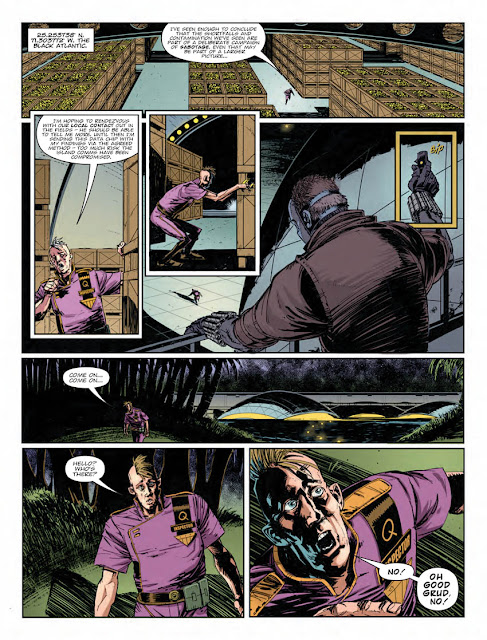 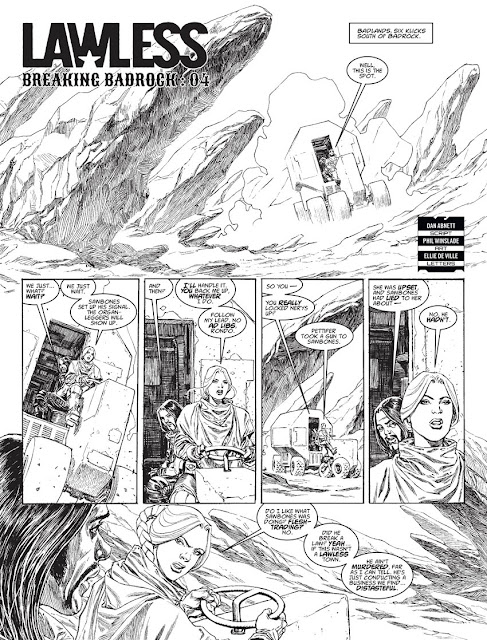 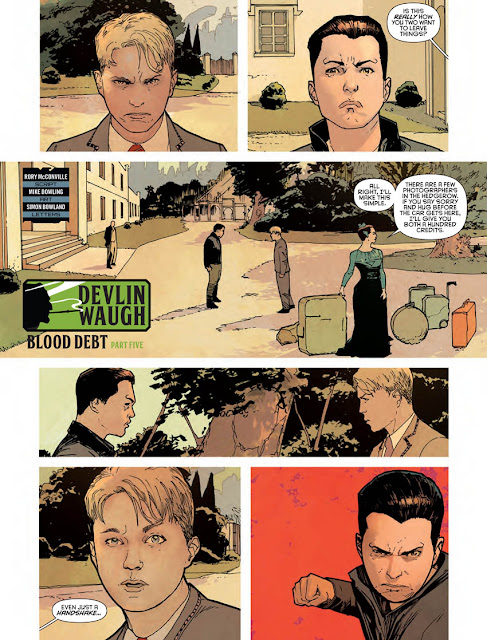 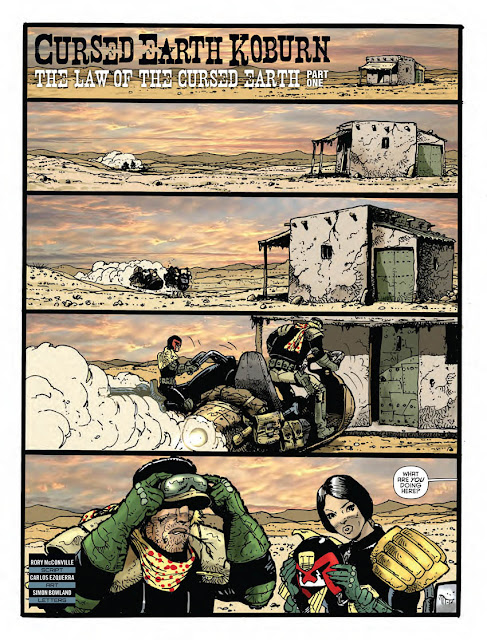 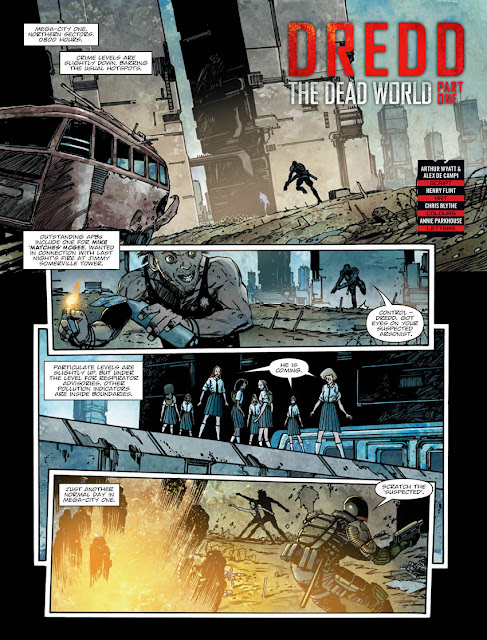 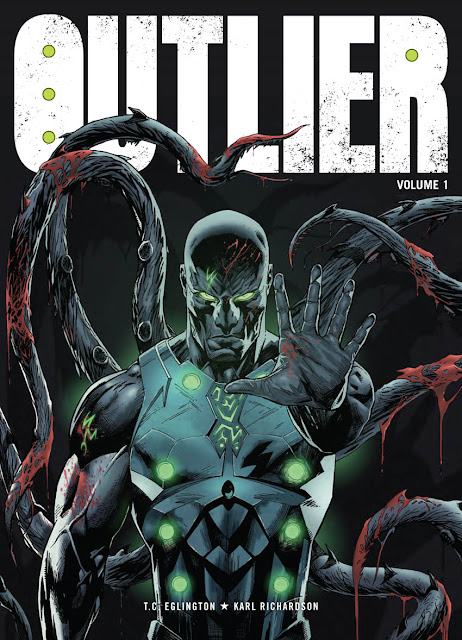