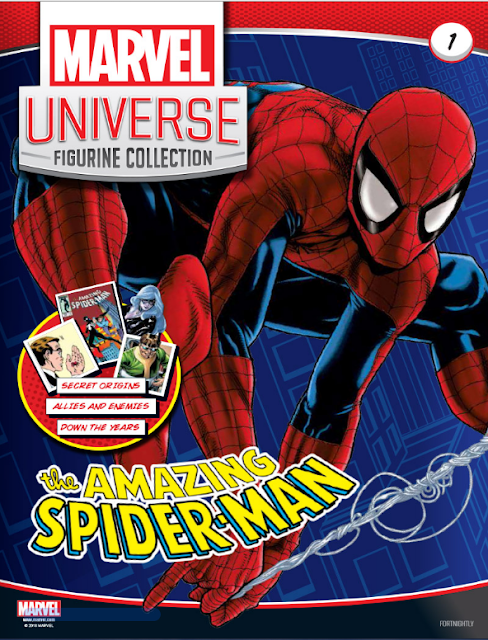 On sale from Wednesday 24th January is issue 1 of the Marvel Universe Figurine Collection from Panini. Each 16 page issue is accompanied with a figurine of a classic Marvel character, kicking off with Spider-Man. 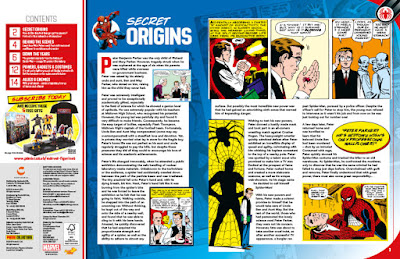 You'll find out all the details at the product's website:
https://marvel-figurines.panini.co.uk/#page/1 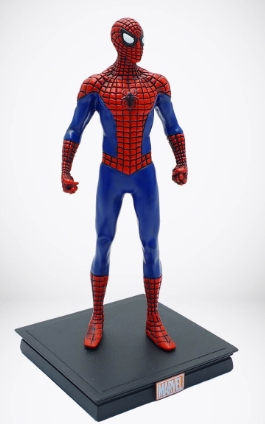 Interesting to see Panini behind this as such collections are usually the province of companies like Eaglemoss.

I think Centauria are the publishers, with Panini packaging it for them, but, yes, unusual that Eaglemoss aren't handling it.

I really wish the designer hadn't used the crossbar 'I' in the middle of words though. A textbook no-no in comics lettering.

I wonder if Eaglemoss' quality of figurines was a factor here. A good few years ago I started to collect the Doctor Who part work and the magazine was great, but the "hand painted" figurines were atrocious! I sent back 3 out of my first six issues and I'd also paid extra to get the six extra Dalek models. When the first arrived I cancelled my collection. People think "hand painted" is automatically better, but only if you've got skilled people doing so! The paintwork was so sloppy I could've done a better job in places, and then the ones that sent back as replacements were worse! It made me think I'd prefer ones which weren't hand painted for that price.

Yes, I noticed how the hand painted models in the ads were better than the actual figures in the shops. Like you said, it depends on the skill of the painter. With the models being mass produced, numerous people will be working on them and some will be better than others.