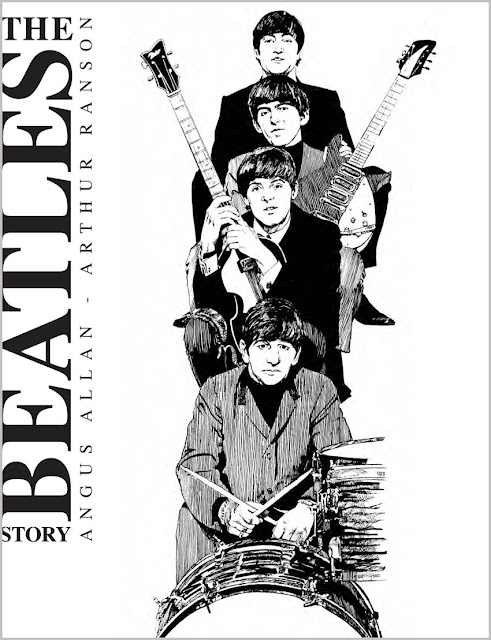 New from Rebellion's Treasury of British Comics imprint comes The Beatles Story, reprinting the serial written by Angus Allan and illustrated by Arthur Ranson that ran in Look-In during 1981 and 1982.

Although Look-In is not one of the comics that Rebellion now own, The Beatles Story is unique in that Angus Allan and Arthur Ranson own the rights to the strip.

Sure to be a hit with fans of the Fab Four, The Beatles Story is an affectionate photo-realistic take on the saga of what many of us consider to be the greatest band in music history.

The very first graphic novel to chart the creation, evolution and breakup of the fab four, first published in 1981. The Beatles Story is an exceptionally drawn account of the band from one of the UK's leading artists of his generation, Arthur Ranson (Judge Dredd, Button Man). It includes fascinating insights into Paul McCartney and John Lennon's first encounter, their early gigs in Hamburg's Kaiser Keller, through to the recording of the legendary Abbey Road album and the band's break-up. First published in the pages of legendary UK youth magazine Look In, this beautifully illustrated account is a treat for both the devoted Beatles admirer and new fans alike. 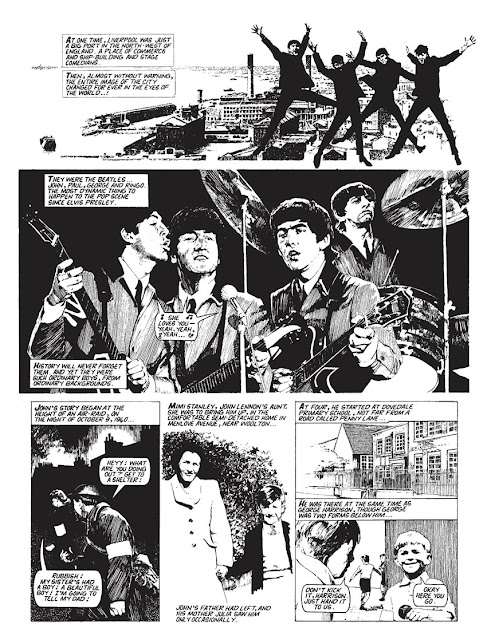 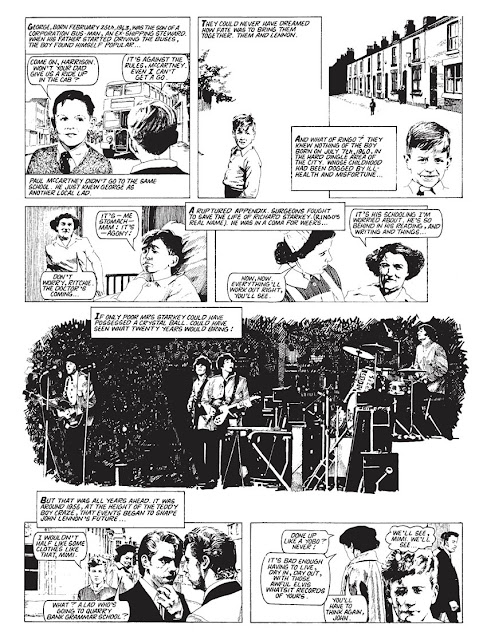 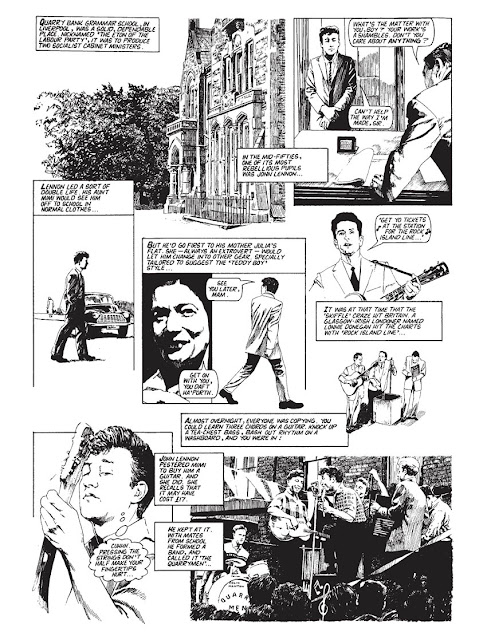 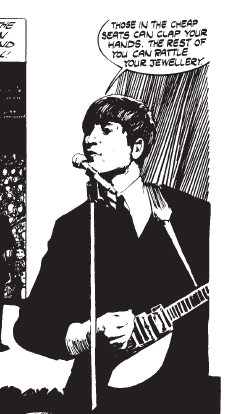 Available to pre-order now from the Treasury of British Comics shop:
https://treasuryofbritishcomics.com

I know there's right issues etc., but I'd love it if they could do this with the Knight Rider and The A-Team strips from Look-In and the Grandreams annuals! Then again, I'm sure there's rights issues with The Beatles too, though the American properties would be more hassle and possibly more expensive.

Interesting. Obviously Look-In must have been an exception since it came out in the 70s and, therefore, should have been one of the comic materials purchased.

Look-in is a bit complicated, regarding rights. Originally published by ITV, it only became an IPC comic years later, and was not one of the titles purchased by Egmont (so had no chance of being amongst those that Rebellion bought from Egmont recently).

However, even if Rebellion did own it, the rights regarding the strips would be very complex, as any reprints would require separate negotiations with each tv company / copyright holder who owned the shows. Probably too much trouble to make it worthwhile.

Sad to think that so many of those old stalwarts of the early Look-in era are now longer with us. Leslie Crowther, Ed Stewpot Stewart, Reg Varney and Les Dawson spring readily to mind. Pop stars were also heavily featured which makes me think of Marc Bolan, Sweet lead singer Brian Connolly and of course two of the Beatkes themselves. On that happy note......

Presumably the redrawn photographs are owned by the family, so, permission required. Or is it?

In 1981-82, to Look-In's target audience, The Beatles were figures from history - John Lennon specifically. Although The Frog Chorus and Thomas And Friends were still to come.

It's classed as photo reference so the family wouldn't own the line work.

Obviously Arthur Ranson was very talented but this sort of realistic almost traced style always left me cold. As if its lacking energy. But interesting article as always.

I know what you mean. It's skillful work though, and I think that realist style is ideal for biographies like this.

Well, is it Angus Allen or Angus Allan?