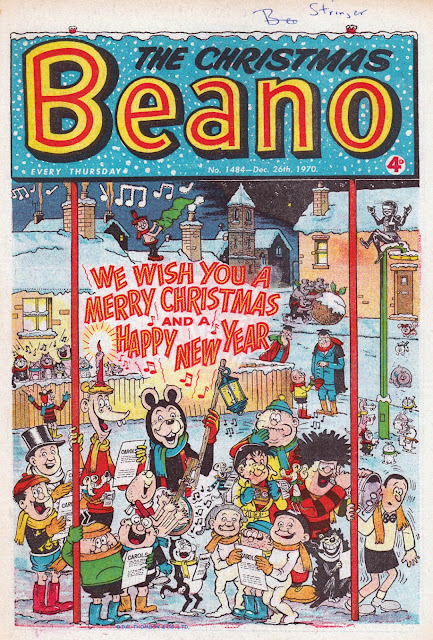 Featuring one of its most fondly remembered covers, this Christmas issue of The Beano was published this week in 1970. Cover art by Dave Sutherland.

Here's a small sample of its 16 page content. The Nibblers haven't been around for a long time now but the strip was very popular back then. Art by Ron Spencer... 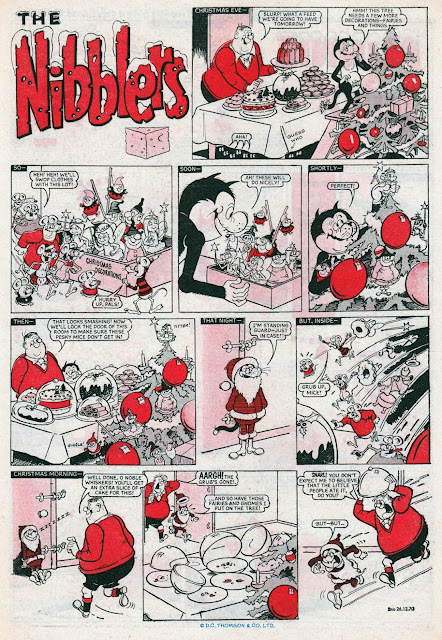 The Bash Street Kids in a nice festive story by Dave Sutherland... 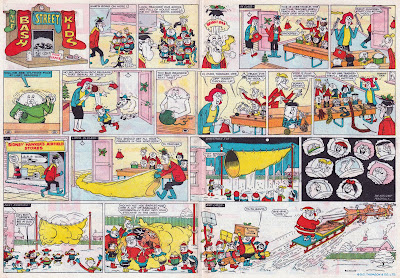 Here's a character some of you have asked to see again. Billy the Cat, with art by Sandy Calder. This is an example of Billy wearing his special all-white winter costume, as opposed to the black one he usually wore... 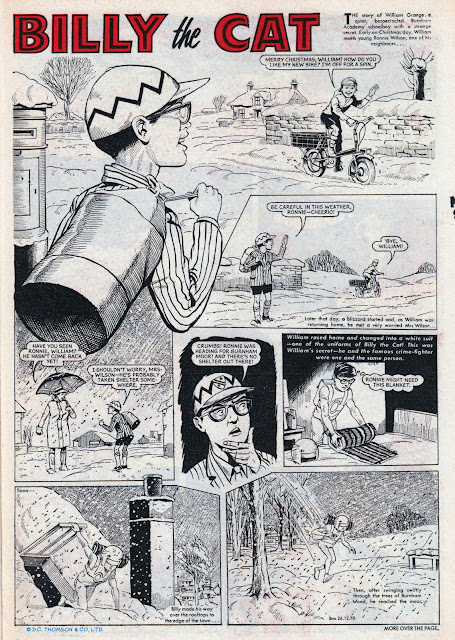 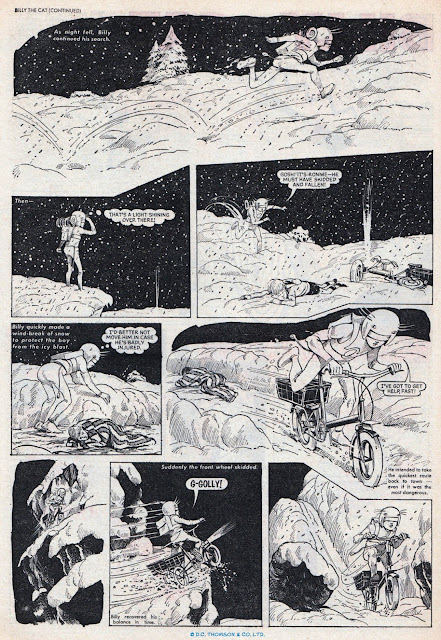 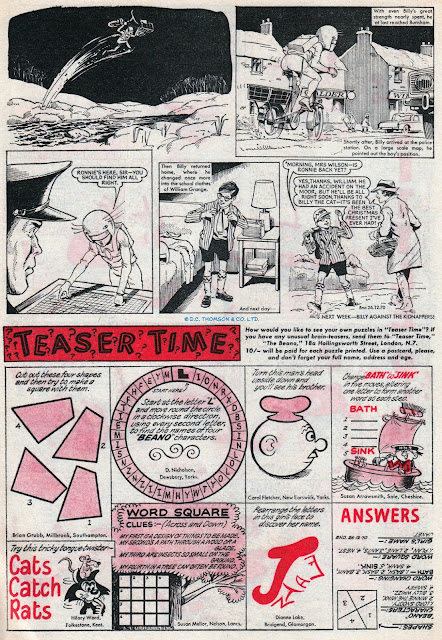 Roger the Dodger, with great art by Bob Nixon... 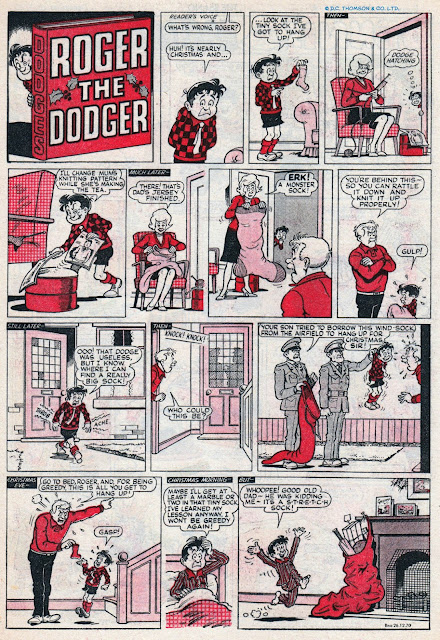 ...and on the back page, Dennis the Menace and Gnasher, drawn by Dave Sutherland, doing an excellent job of ghosting the style of Davy Law... 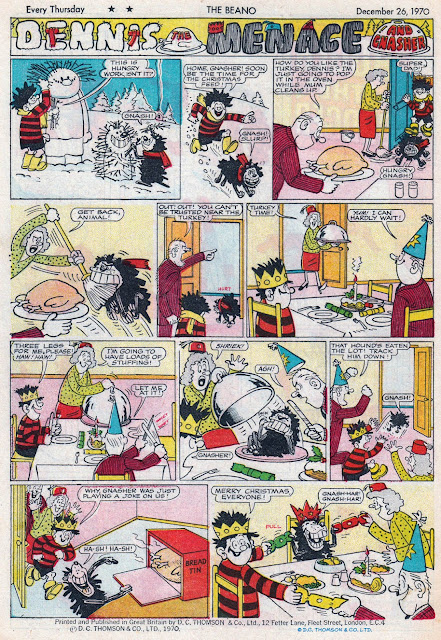 Another festive time-trip to another year tomorrow!
Posted by Lew Stringer at 16:16

A very , very Christmasey cover ; one of the best ever.
Christmas comics were part of the magic of my childhood.
Gary

Small sample? That's 9 pages out of 16, more than half the issue.

That's the final Christmas issue with that logo... the first version of the basic design used in various forms until earlier this year was introduced a few months later.

Strange that everyone has proper coloured skin on the cover, when both Dennis and the Bash Street Kids have white faces in their own otherwise full colour strips.

There's a few nice jokes on that cover. Plum blowing musical smoke signals from a chimney, the Three Bears stealing a giant Christmas pudding, Minnie conducting a feline band, Roger dodging singing by using a transistor radio! Even the logo itself is a joke, being shown as a sign. Definitely a classic.

That's the Bash Street Cats on the fence there. Not seen for years I think.

Great front cover. Covers showing all of the characters are common now but must have been a rarity at a time when The Beano usually ran strips on the front page.
Love the background details like Billy The Cat on top of the lamp post.

Thanks for showing a beano christmas cover not included in the brilliant xmas covers book.

I've shown the cover before so you may have missed it. It's worth searching my blog for old items. I covered loads of other Christmas comics in previous years.