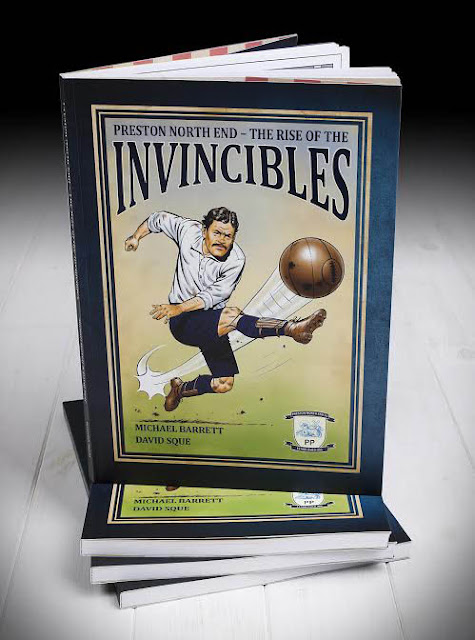 Sure to appeal to fans of football strips (comic strips that is), this all-new graphic novel charts the early days of a popular club. Here's the info...


Preston North End – The Rise Of The Invincibles is the exciting story about the birth of Preston North End FC and the early success of their famous Invincibles team. It charts the club’s journey from their formation as a cricket club in 1867, through to them winning the first ever League and FA Cup double in 1889. Along the way we witness the beginnings of the Football Association, the battles over professionalism, and the foundation of the Football League. 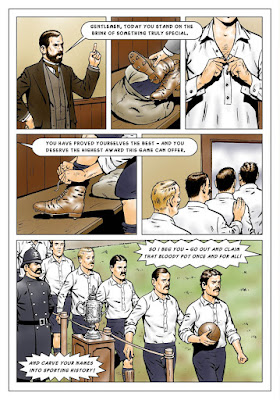 Told throughout in comic book-style, (152 pages, 11 chapters) the artwork has been produced by David Sque who illustrated Roy of the Rovers during the 1970s and 80s, and the writing and story is by Michael Barrett. It has the permission of Preston North End FC, plus Mark Lawrenson has kindly written the Foreword. 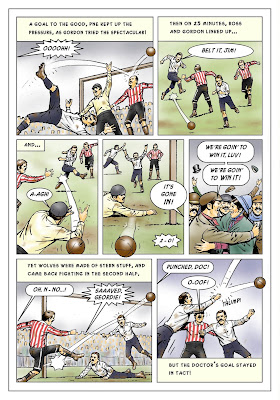 For more information on this book, and to order a copy, head over to the official website:
http://www.invinciblebooks.co.uk
Posted by Lew Stringer at 11:40