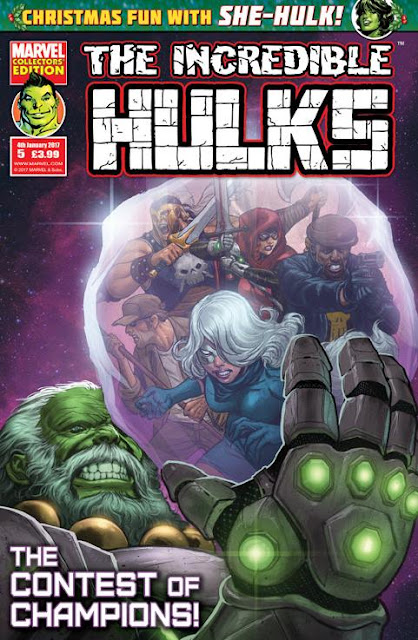 The latest issues of Panini UK's excellent Marvel Collected Editions have a seasonal flavour this month by including a festive story in each title. All of these comics are out now from WH Smith, comic shops, and selected newsagents, with 76 full colour pages for £3.99 each. Here's the info... 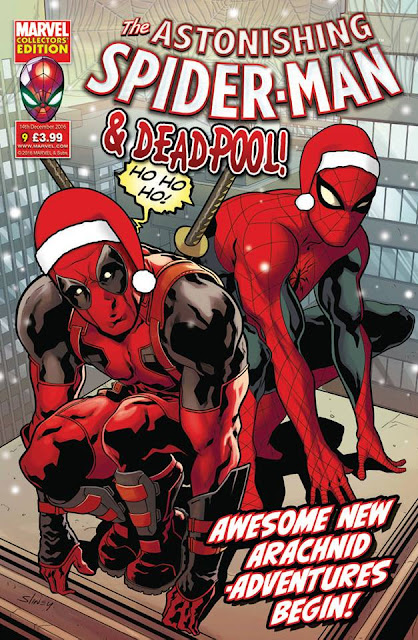 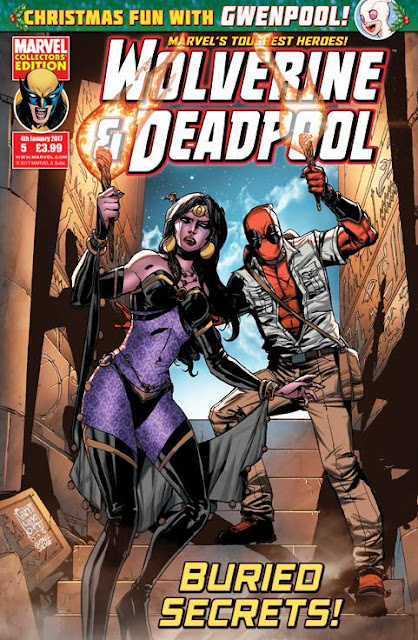 WOLVERINE & DEADPOOL #5. On sale 1st December 2016.
76 pages of mutants and motormouths! Only £3.99!
Wolverine and the Wasp team up for a microscopic adventure in 'The Four Sisters'! More cutting-edge action from Tom Taylor and David Lopez!
Deadpool and Shiklah confront Omega Red! By Brian Posehn, Gerry Duggan and Salva Espin!
Plus: a special Christmas tale! Introducing the unbelievable Gwenpool! (who?!) By Christopher Hastings and Gurihuru!
Featuring material first printed in All-New Wolverine #5, Deadpool #43-44 and Gwenpool Holiday Special #1. 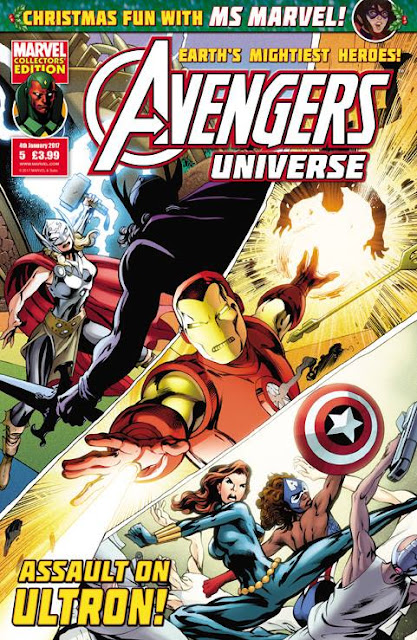 AVENGERS UNIVERSE #5. On sale 1st December 2016.
76 pages of Earth's Mightiest Heroes! Only £3.99!
Avengers from the past, present and future unite against their deadliest enemy! 'Ultron Forever' is by Al Ewing and Alan Davis!
Deadpool, Rogue and the Human Torch hunt for the Red Skull! By Gerry Duggan and Carlos Pacheco!
Christmas adventure with Ms Marvel! By Margaret Stohl and Juan Gedeon!

...also, while, I'm promoting Marvel in the UK, it's worth mentioning that Season 2 of Agent Carter starring Hayley Atwell comes to DVD and Blu-Ray next week. This season was never shown on terrestrial TV in Britain so I'm sure that, like me, many of you will be looking forward to buying it. It'll be available in the shops from Monday 5th December. Here's a nice big shot of the sleeve design to look out for... 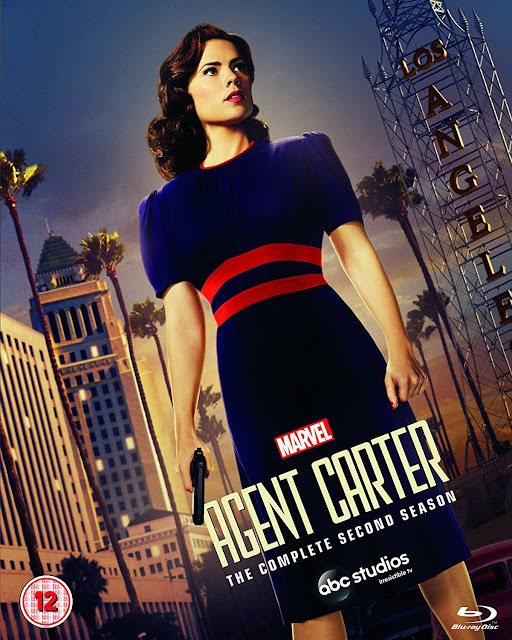 Thanks for this Lew, I ve started picking up a monthly (or 2) UK Marvel again (rotating it between Avengers, MWOM and Marvel Legends) and have to say they are amazing value and great quality. Will be getting the Avengers out of this batch.

I prefer the UK reprints far more than the flimsy, advert-stuffed, glossy US versions, and we're only 12 months behind the US issues now too.

Strange that the Ms. Marvel story from the Gwenpool Holiday Special is in Avengers Universe when her solo series is usually in Mighty World of Marvel.

Not that strange considering that Ms.Marvel is an Avenger now and that it would have been odd to interrupt the regular series in MWOM for a filler.