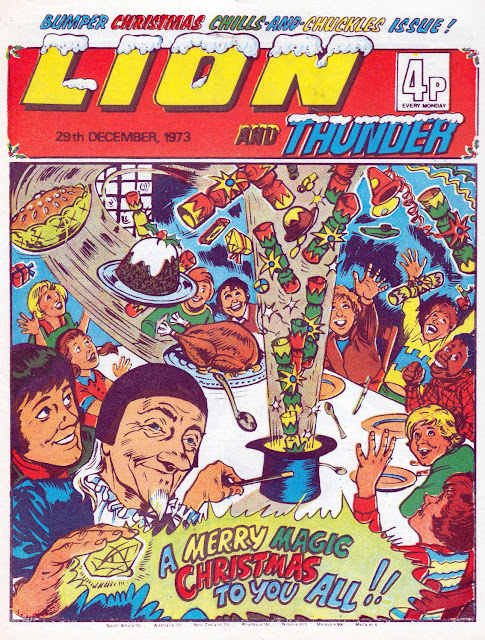 Sometimes, British comics that are heading for closure tend to deteriorate in quality, but even a year before its end, Lion was still full of good material. Even so, it obviously wasn't appealing to most readers but even at 14 (as I was then) Lion was still one of my favourite adventure comics of the time.

Here are a few pages from Lion's final Christmas issue, published this week in 1973. The front cover is by Geoff Campion, one of IPC's best artists, illustrating a scene from that week's Spellbinder episode, written by Frank Pepper and drawn by Campion... 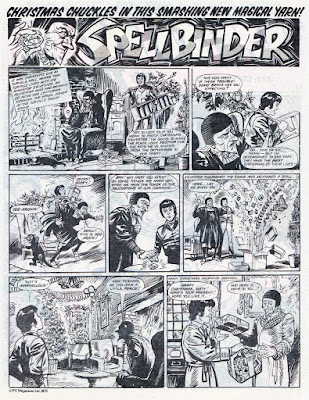 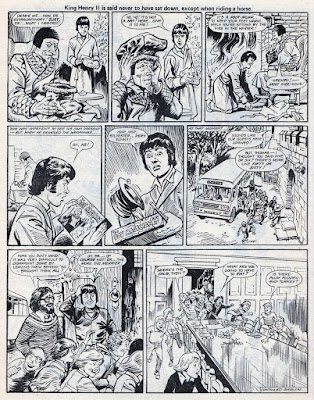 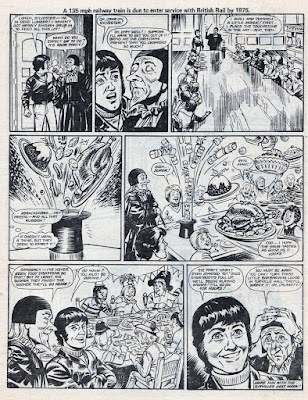 TV impressionists were very popular at the time, so Lion reflected this by having an impressionist who was also a spy! Marty Wayne, He's Heading for Fame, was drawn by Fred Holmes. (I don't think a Rolf Harris impersonator would be welcome at a children's party today though!) 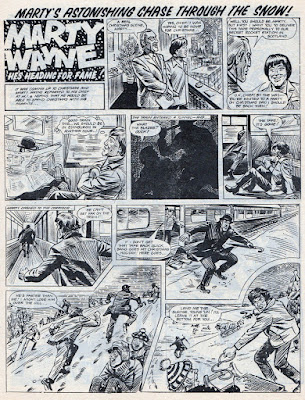 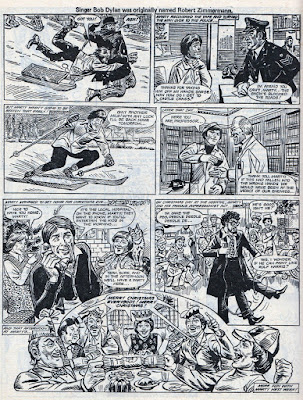 It's a Fact was an irregular feature. Can anyone identify the artist? 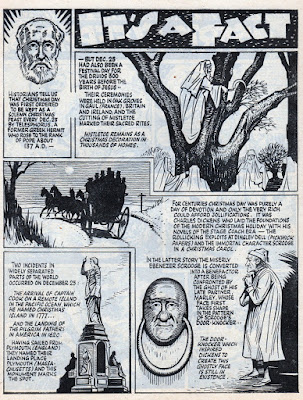 A Christmas theme wasn't appropriate to fit into all the adventure strips, but Robot Archie managed it. Art by Ted Kearon... 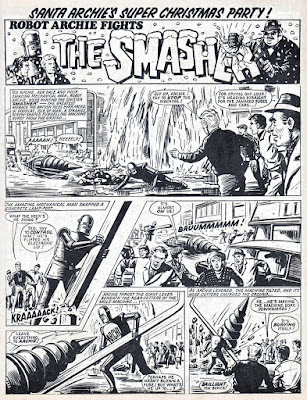 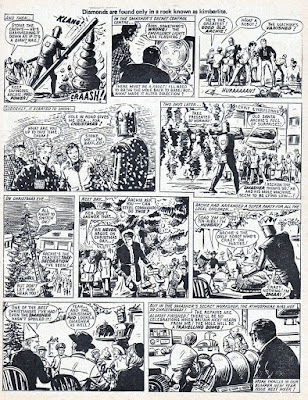 Time-travelling Adam Eterno found himself on the frontline on Christmas Day. Art by Solano Lopez... 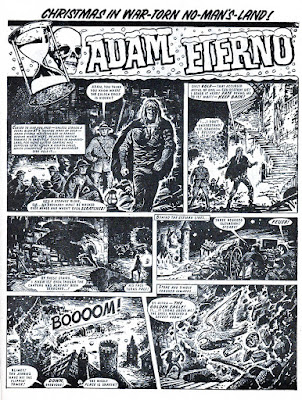 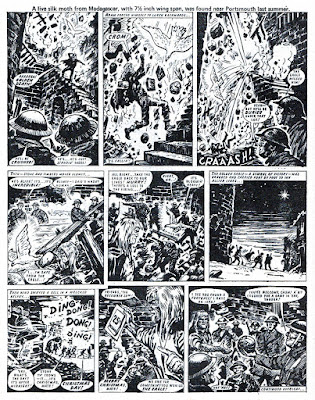 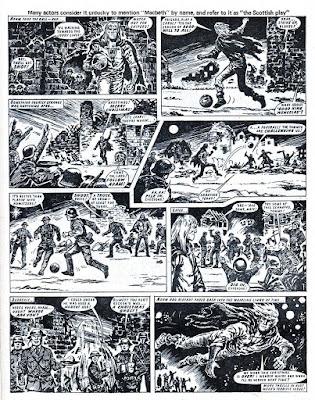 On the back page, Lion's only remaining humour strip, Mowser, by the brilliant Reg Parlett... 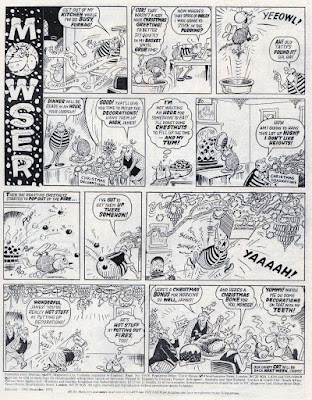 Another trip back in time tomorrow! Which year will we arrive in?
Posted by Lew Stringer at 12:55

The Lion was one of my all-time favourite UK comics (with Smash, Valiant and Buster) and I can vividly recall getting this issue, although strips like “Marty Wayne, He's Heading for Fame” I have no recollection of at all – do you know if Fred Holmes is the artist that also drew “Carsons Cubs”? . Although I agree it was still an excellent comic at this time it had (for me at least) dropped a bit in quality from just a few years previous when it had strips like the White Eyes, Oddball Oates etc - saying that “Mowser” , “Spellbinder” and “Adam Eterno” are still there and are still quality (we were so spoiled for choice back then) - Loving this series Lew its bringing back some great memories and showing some even better comics

White Eyes (or rather its sequel, Masters of Menace) was still in the comic at this point, Paul, as were several other strips, but I haven't shown them because they didn't have a Christmas theme and because I can't show the entire comic. Yes, Fred Holmes was the artist of Carson's Cubs (which had ended by this time).

for some reason, every time I read Spellbinder strips, I just think Geoffrey Bayldon... ^_^

I can't WAIT for Rebelion to bring all these comics back!! Just think next year you can show the NEW Christmas Lion, Jackpot, Tiger, .... It's going to be so good!!!

That's not likely to happen Brian.

Yes, Manic. Interesting that the Spellbinder predates Catweazle by a year but there are similarities.

I think, unless I'm mistaken, LION used to run 'Danger Man' strips in the 60s?
Rick.

Great info, Lew, cheers! Have always wanted those issues but was never sure which issues they were in, and now I know :)

It's a Fact artist was Frank Lazenby, Lew. Hope you have a great Xmas.

Thanks for that info, Ray! Wishing you a peaceful Christmas and a good 2017.