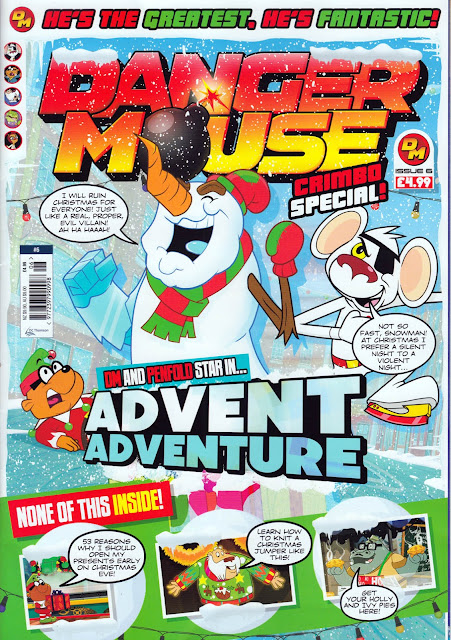 A brief hiatus in our voyage into the past brings us to the present day to refuel, where the first Christmas issue of Danger Mouse is currently available. This 36 page, full colour mag includes an all-new eight page Danger Mouse adventure written by Alex Collier, a page of mini-strips, and loads of fun features and activity pages. 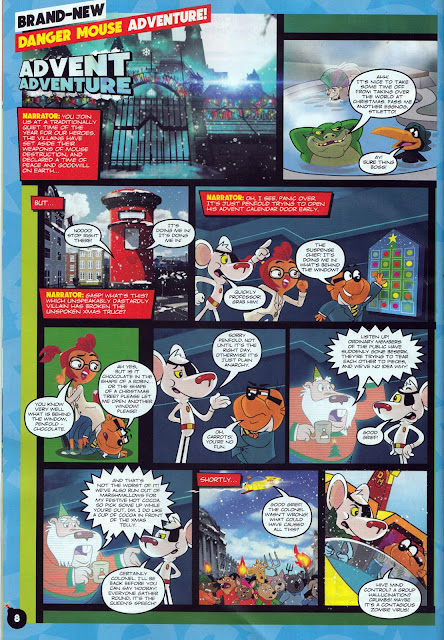 I rate Danger Mouse as the best licensed comic around in the UK at the moment, and I've never really watched the TV series. I like the fact that the stories are originated and not adaptations of TV episodes, and Alex Collier is a funny writer so he's the right man for the job. The features are written in good humour too, so it's a livelier mag than most TV tie-in titles.

This festive issue comes bagged with several gifts. I know there's an element of cynicism amongst older collectors these days that this is just "bagged tat" but these gifts are of a better quality than most. 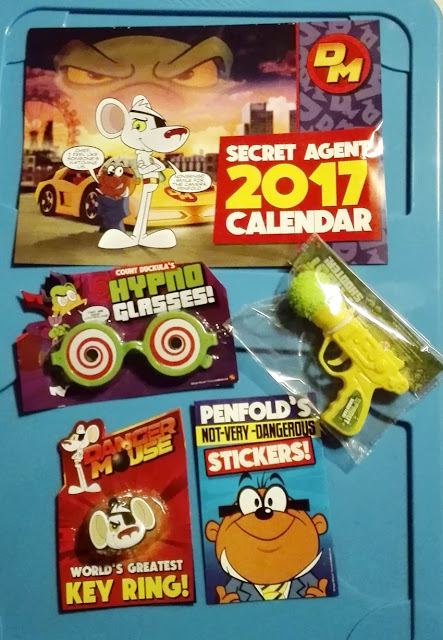 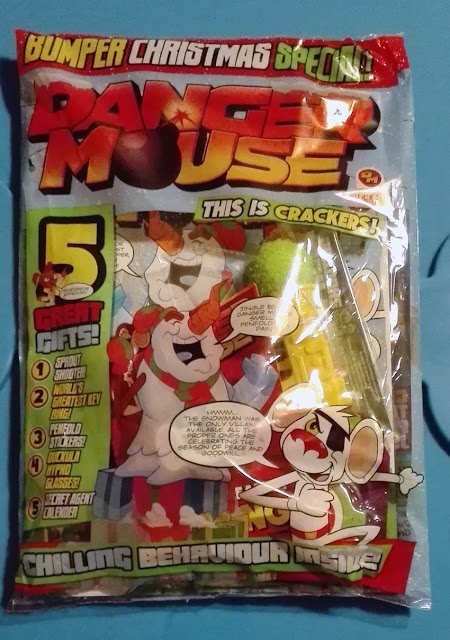 I'm probably primarily the cynical reader you're referring to, Lew, but I'm agreed that the DM gifts and the general presentation of the comic are in a classier league than many of its contemporaries. Whether the kids they're all aimed at agree, who knows!

I wasn't thinking of anyone in particular. It seems to be a growing trend for collectors to call any gifts "tat" now. Sometimes deservedly if the plastic toy doesn't even work properly or is broken in the bag. I know that Thomsons have made an effort this year to provide better quality gifts, often designed for the comic (like most of those in the photo) rather than general bought-in toys that will be given in various comics (like the toy gun thing).

Nice review! Are you going to review the Beano Christmas issue too, Lew?

Not sure. I plugged the Christmas Beano last week so it might seem repetitive to cover it again.