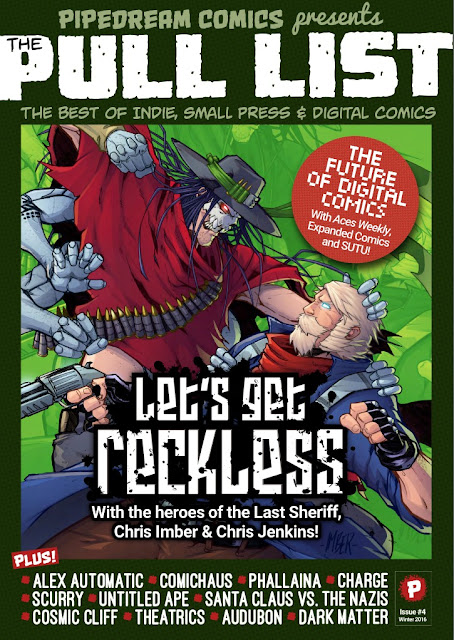 The name derives from the fan phrase for listing the comics they ask retailers to "pull" and reserve from the delivery that week, but The Pull List is no nerd fest. It's an intelligently written, nicely designed digital magazine focusing on independent and small press comics in the paper and digital realms.

The latest issue, No.4, is available now for just 99p (+ V.A.T.) to download to your device from this address:

This issue covers a number of topics and comics, and includes an interview with David Lloyd on his successful digital anthology Aces Weekly (home of brand new Combat Colin strips and much more). Don't miss it!

(And if you're not already subscribing to Aces Weekly, you'll find that here:
http://www.acesweekly.co.uk )
Posted by Lew Stringer at 11:02