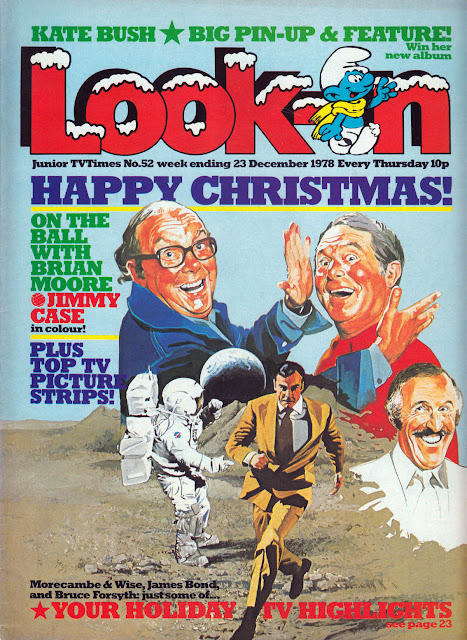 I've shown some pages from TV Comic recently, so here's a few from its rival, Look-In. Launched in 1971, Look-In was an immediate success and its content of pop culture features and strips was a template that many children's mags still use today.

This 1978 Christmas edition of "The junior TV Times" as it called itself kicks off with a cover by Arthur Ranson showing a mixture of the festive TV highlights scheduled for that year.

Inside, the contents were not actually that festive, but it's still worth showing some examples here. First off, a Christmas Benny Hill strip by Bill Titcombe... 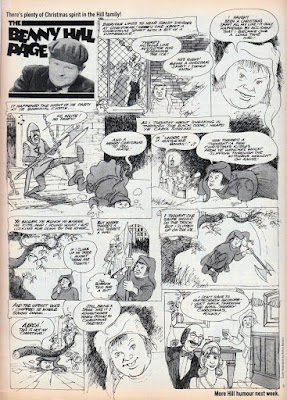 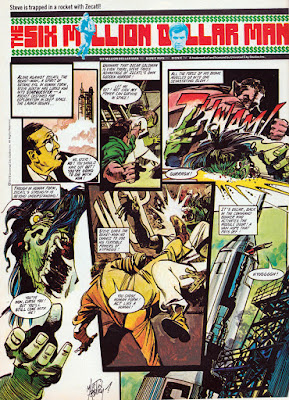 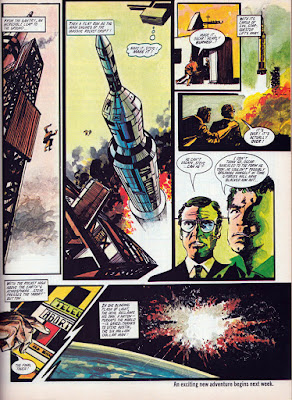 I can't pass up the opportunity to show pages from my favourite artist of adventure strips. It's the Famous Five, illustrated by Mike Noble... 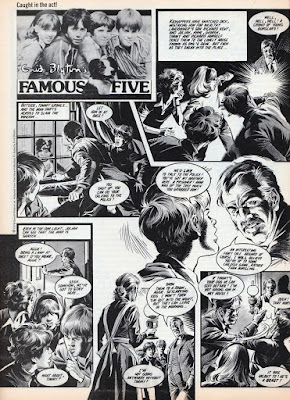 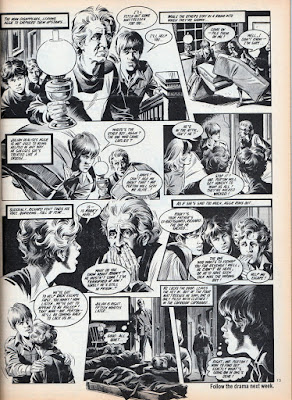 Look-In was notable for its four-page pop-star pull-out, and this edition featured a stunning Kate Bush poster... 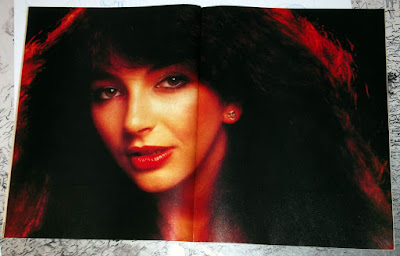 Although cringeworthy today, Mind Your Language was a sitcom about a classroom of racial stereotypes learning English. The comic strip version was drawn by Bill Titcombe who captured the actors' likenesses perfectly... 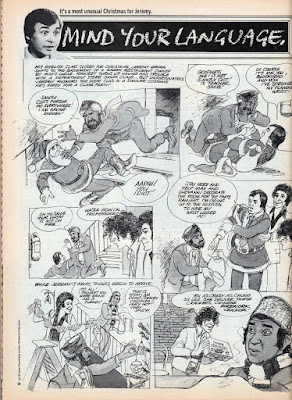 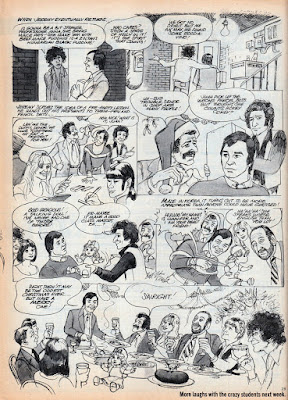 As it was "The Junior TV Times", Look-In was solely focused on ITV shows (and was even published by ITV back then) as this was before the TV guides included all channels. So, Look-In's three page feature on Christmas TV highlights only covered ITV, but it still gives you a good idea of what we were watching back then... 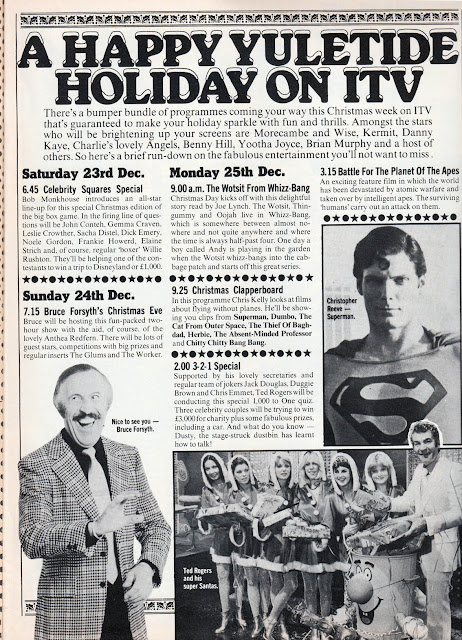 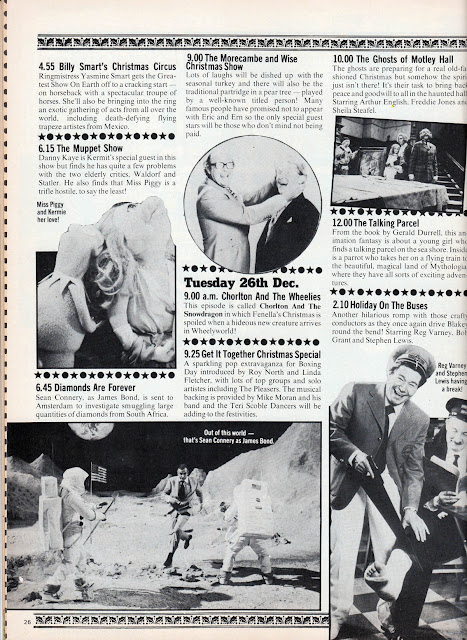 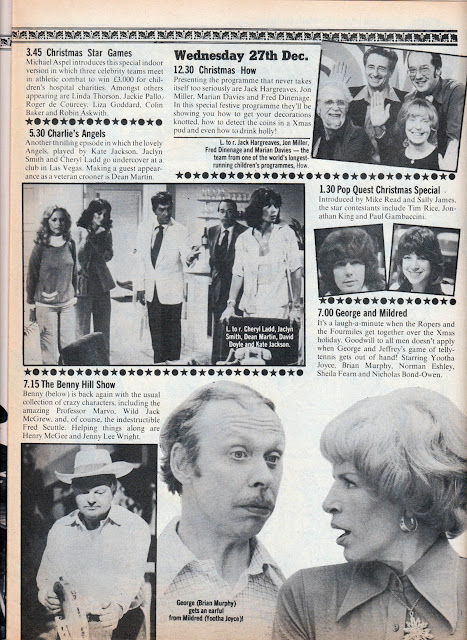 There'll be another festive comic tomorrow! Stay tuned!
Posted by Lew Stringer at 00:01

Probably says something about me that I'd rather watch most of Look-In's 1978 TV highlights than what's on in 2016!

nothing wrong with Mind your langage. I got the complete series (original run, not the return). The English characters were the biggest sterotypes of them all and often end of worse of all. Popular around the world. good show. That strip is from around Series 2 because if features two characters which were only in series 2.. main problem with the show is series 1 had a nice structure which was missing from the other 2 mostly..

I can't believe there was a comic strip of mind your language one of my favourite TV sitcoms. I wonder if they ever did a love thy neighbour strip. I think there were better benny hill strips in radio fun or was it film fun. I'm loving the Xmas blogs. Merry Xmas

No, there was never a Love Thy Neighbour strip. I think that would have been too difficult to sanitise for a comic without losing the whole point of the show. Thanks for commenting. More Christmas stuff soon!

Greedy Morecambe & Wise defected to ITV for more money and nobody cared about them any more after they left the BBC. In my opinion they were totally over-rated anyway- the Two Ronnies were much better.

You can't blame them for wanting a pay increase, Colin. Wouldn't you do the same?

The Two Ronnies were a different kind of act really. I think both teams worked on their own merits.

At first glance I honestly thought the chap in the beige suit on the cover was an intrepid Terry Wogan darting towards the 'camera'.

It's Sean Connery in a scene from Diamonds Are Forever but I see what you mean.

Cheers. Now I see the astronaut by his side, it all makes sense! Think I'd better lay off the Christmas sherries for a bit.