A good time to buy The Beano 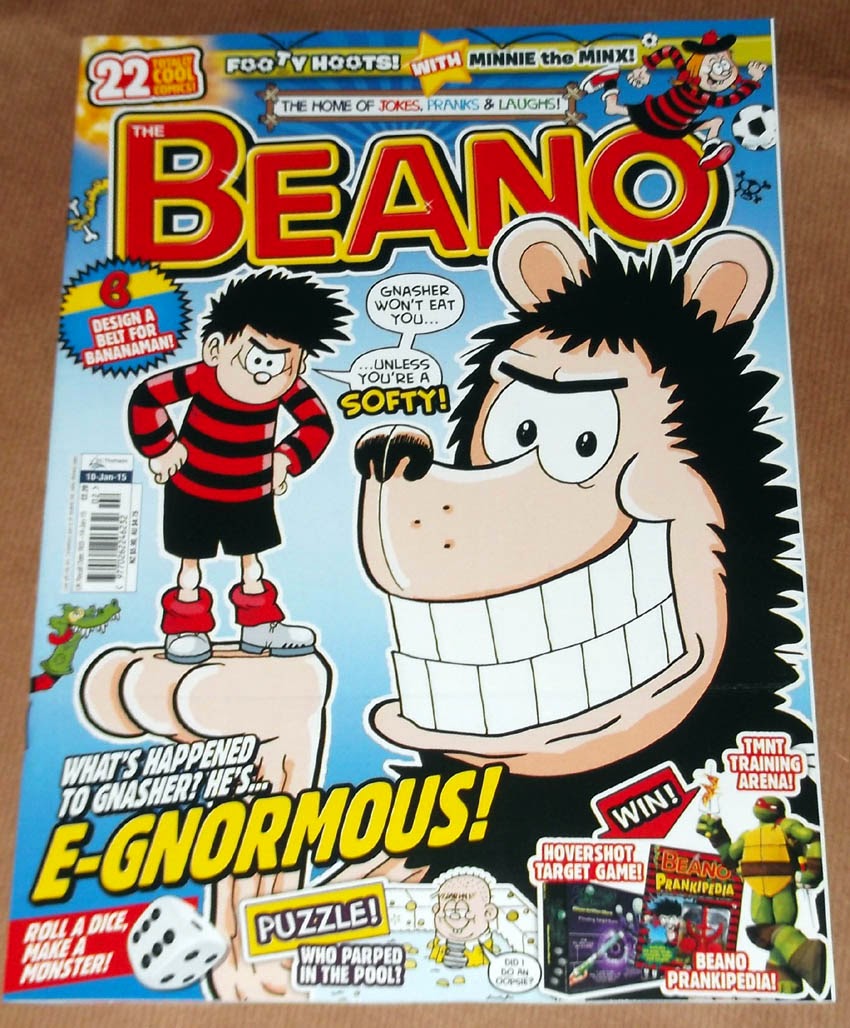 If you haven't read The Beano for a while the current issue (No.3766) is a good issue to start with as there are a bunch of new strips beginning: Sleepy Ed by Paul Palmer, Chewie Suarez, Zombie Footballer by Alan Ryan, Robopop by Andy Fanton, and Joe King by me. 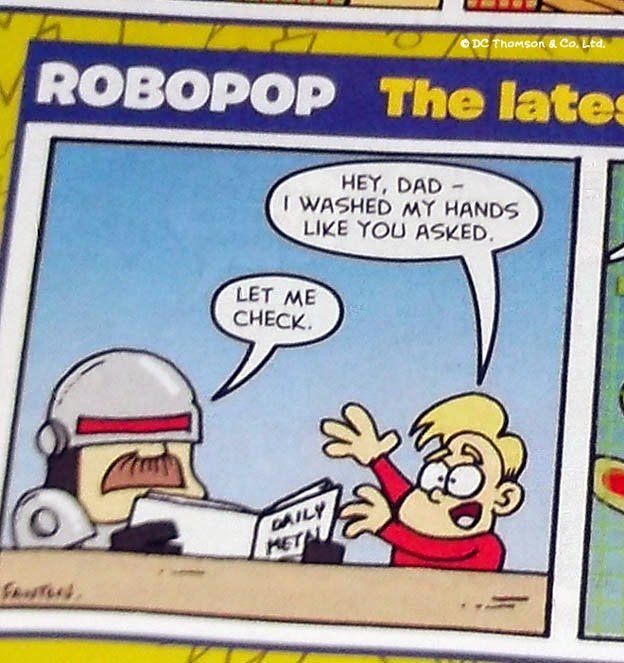 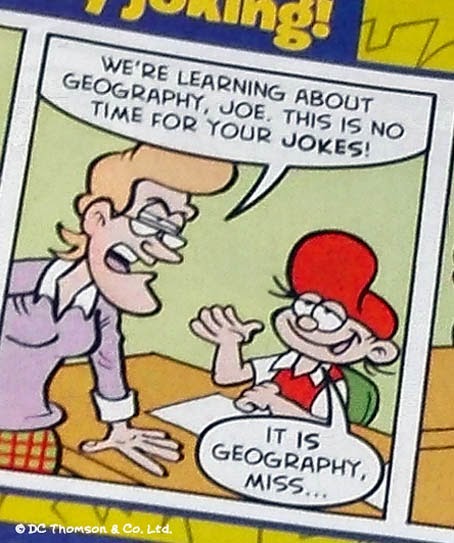 There's also the return of three strips: No Direction by Alan Ryan, Emlyn the Gremlin by Andy Fanton, and Rasher by me.

There's also all the regular favourites of course: Dennis the Menace and Minnie the Minx by Nigel Parkinson, The Bash Street Kids by David Sutherland, Little Plum by Hunt Emerson, The Numskulls by Nigel Auchterlounie, Tricky Dicky by Laura Howell, Bananaman by Wayne Thompson, Roger the Dodger by Barrie Appleby, and more. 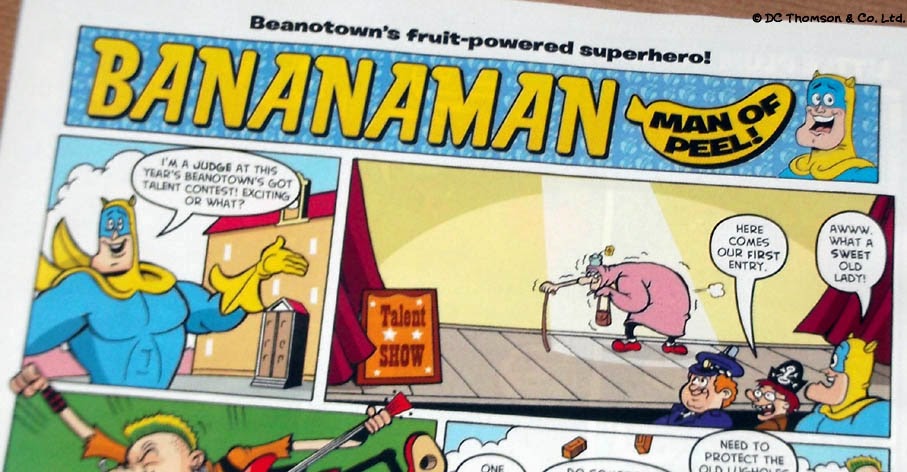 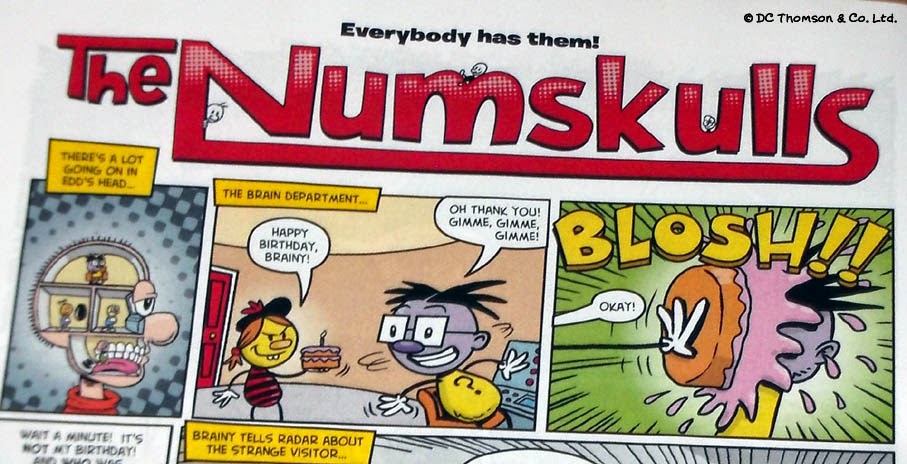 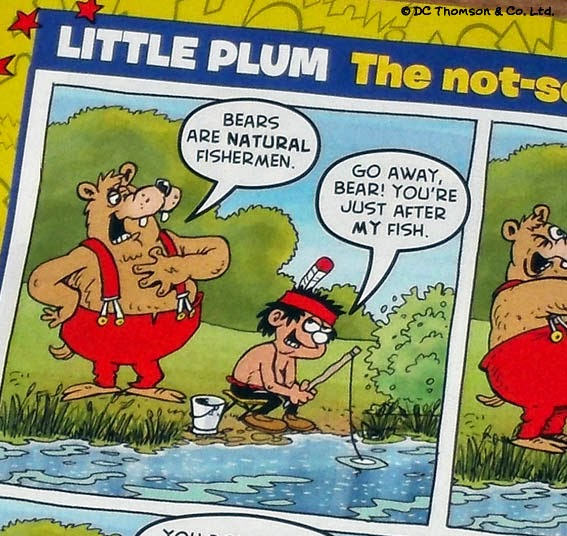 36 pages of all-new, full-colour, no-reprint fun, not bagged with toys or plastered with cover mounts, and cheap too at only £2.20. Go on, give it a go and see what you're missing. Remember the old saying: Never Be Without A Beano!
Posted by Lew Stringer at 23:55

I bought the Christmas Beano a few weeks ago, my only complaint is that the snow on the masthead looked more like cotton wool. Is "Beanotown" a recent invention or did the Beano characters always live in Beanotown, I can't remember.

Beanotown has been in use for a long time but in more recent years it's included everyone. Even Little Plum's reservation is on the edge of Beanotown now. It's a way of building a shared universe but it does admittedly make the town a very surreal place of varied climates and terrains.

I like the over the top writing on Dennis the Menace...my favourite in The Beano at the moment..