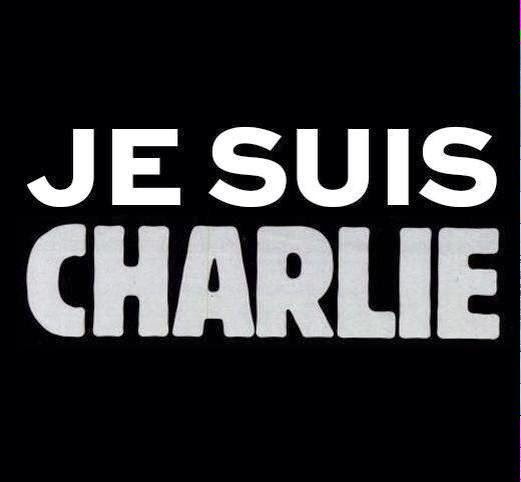 My sympathies to the families and friends of the murdered cartoonists and staff of Charlie Hebdo magazine. I hope the cowards responsible are hunted down and punished to the full extent of the law.

If religion was the trigger, then inevitably the atrocity will give right-wing groups and their supporters more excuses to hate Muslims and immigrants. But this isn't about religion or faith. It's about twisted psychopaths using religion as an excuse to commit murder.

Long may all cartoonists and satirists continue to use their weapons of choice, - their imaginations and their drawing tools, - against such evil. As Steve Bell said on BBC News:
"We've got to stand up for the right to take the piss out of these monsters, these idiots, these fools, these posturing maniacs who strut around in their black gear as a kind of death cult trying to frighten us all." 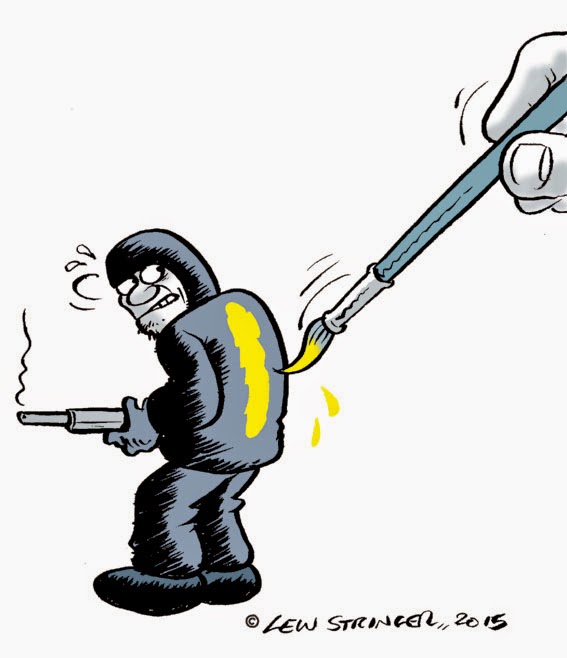 I wish these hateful idiots would just crawl into a hole and die.

Well said Lew. Those poor people and their families left behind, it doesn't bear thinking.

It's hard to know what to say in these circumstances but I felt I needed to say something.

The best thing to do is carry on doing exactly what they DON'T want you to do.

Self-censorship, fear and mistrust are what these morons are aiming for, and they're not going to get it.

Yep, which I why I drew this today:

Unfortunately Islam is a fundamentalist religion - you can't get round that by saying they are "using religion" to commit these acts, they do it in the name of Allah and they believe it. Even "moderate" Muslims reject basic scientific facts like evolution. In the West we had the Renaissance and the Enlightenment but Islam is still stuck in the Middle Ages, that's the real problem.

Let's remember that these killers are in the minority and if it was not Islam they would be using some other reason for their wicked ways. I wasn't aware that evolution was a a scientific fact I thought it was a theory but that's another subject and not one so suppose for this comic blog
Ian

I think evolution is pretty valid, despite the best efforts of 'creationists' in recent years to dismiss it. But, as you said, it's not really an appropriate discussion for this subject matter.

Colin even Moslem leaders have been in the media condemning the killings, it's not how Islam teaches. Most Moslems are peaceful people.

Exactly. The killers are interpreting their religion in different and far more violent ways than the majority of Muslims.