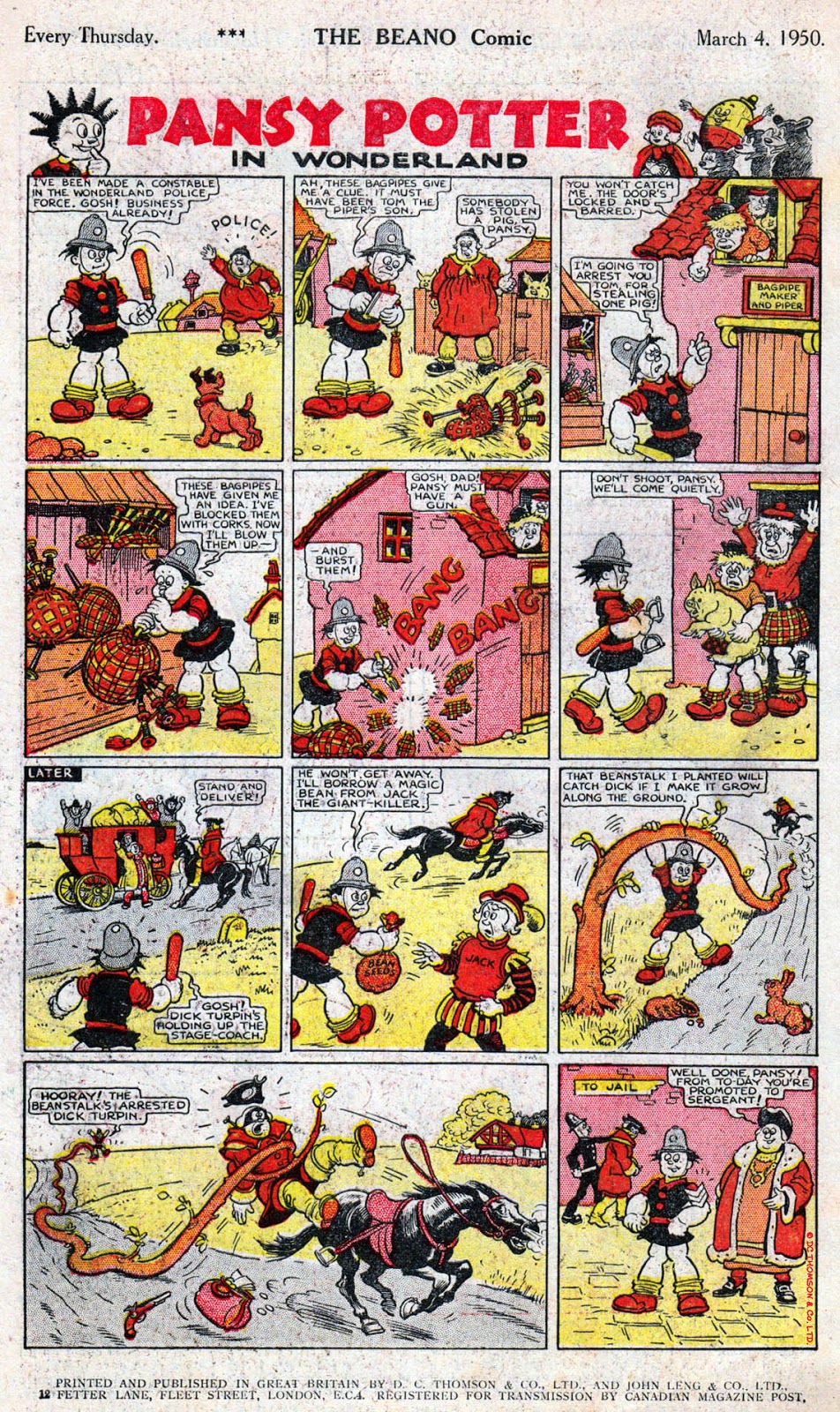 Pansy Potter (The Strongman's Daughter) is one of DC Thomson's oldest characters, dating back to The Beano no.21 in 1938. That first series ran until 1947, but when she returned to the comic in 1949 the series had a twist. Pansy Potter in Wonderland was the strip's new title, which began with Pansy finding a set of steps outside a wishing well which led her to Wonderland where her adventures became even more surreal, meeting characters from nursery rhymes and suchlike. 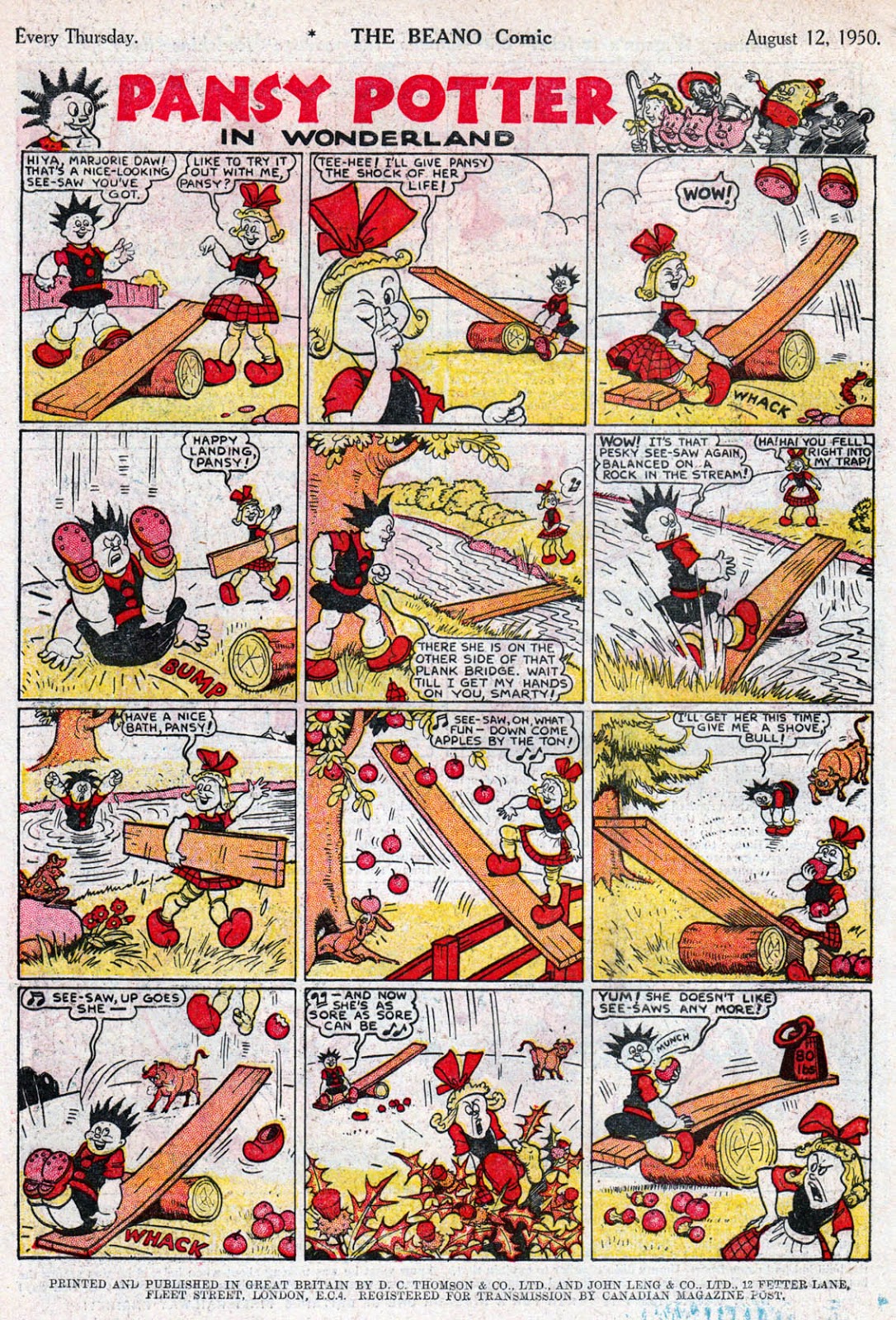 The artwork for Pansy Potter in Wonderland was by James Clark. The Wonderland theme ran until November 1953 when Pansy returned home. Here are a few examples of the series from the middle of its run in 1950 and 1951. (The colour hasn't faded on these pages by the way. It was only printed in red, yellow and black.) 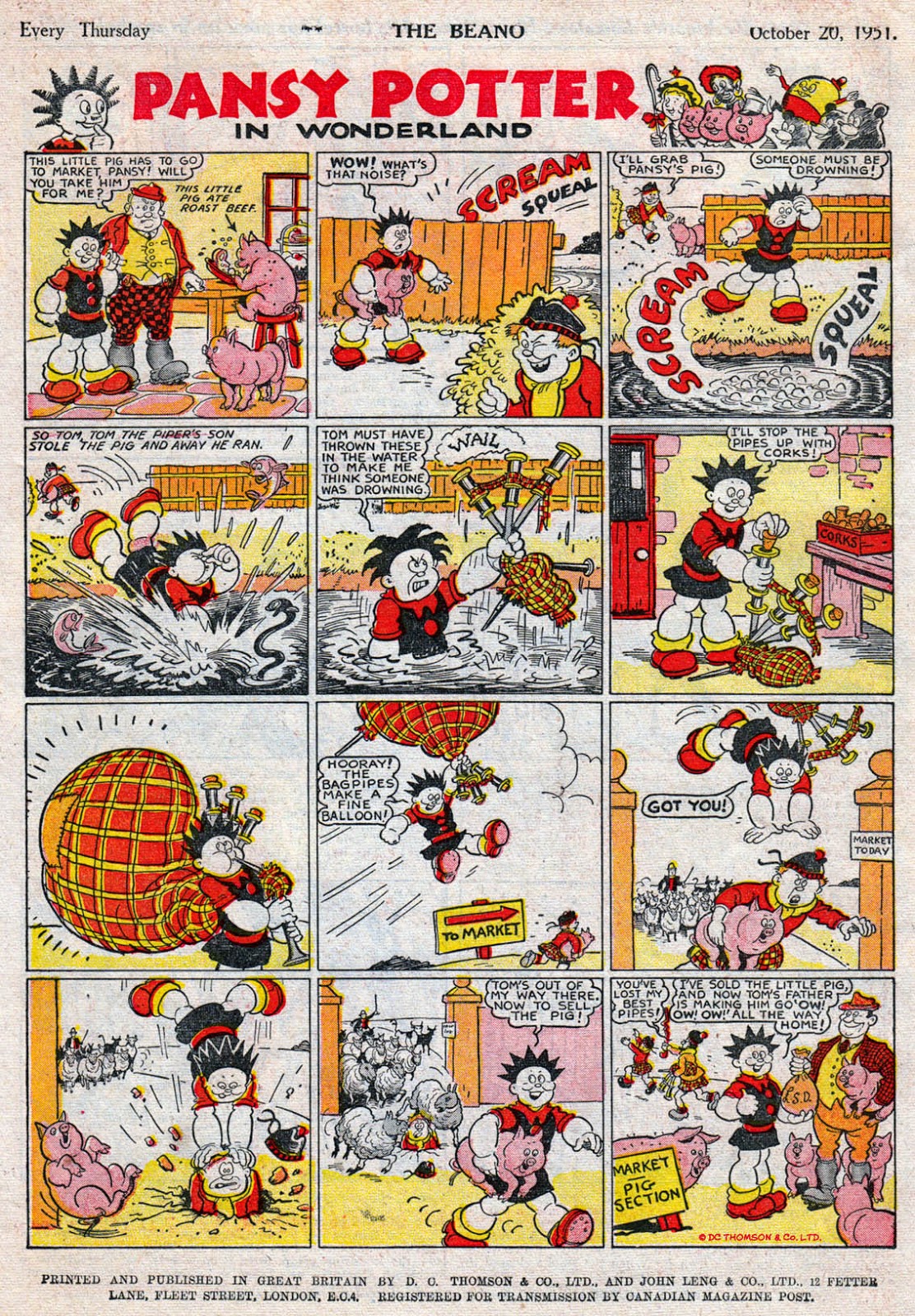 The artwork and the comedy sequences remind me of animated cartoons of the 1930s, which may have been James Clark's inspiration for all I know. In that regard it perhaps looks a bit old fashioned for 1950, but it's a busy and fun strip all the same. The following strip features a soap-box cartie, the vehicle of choice for many characters in British comics over the years of course! 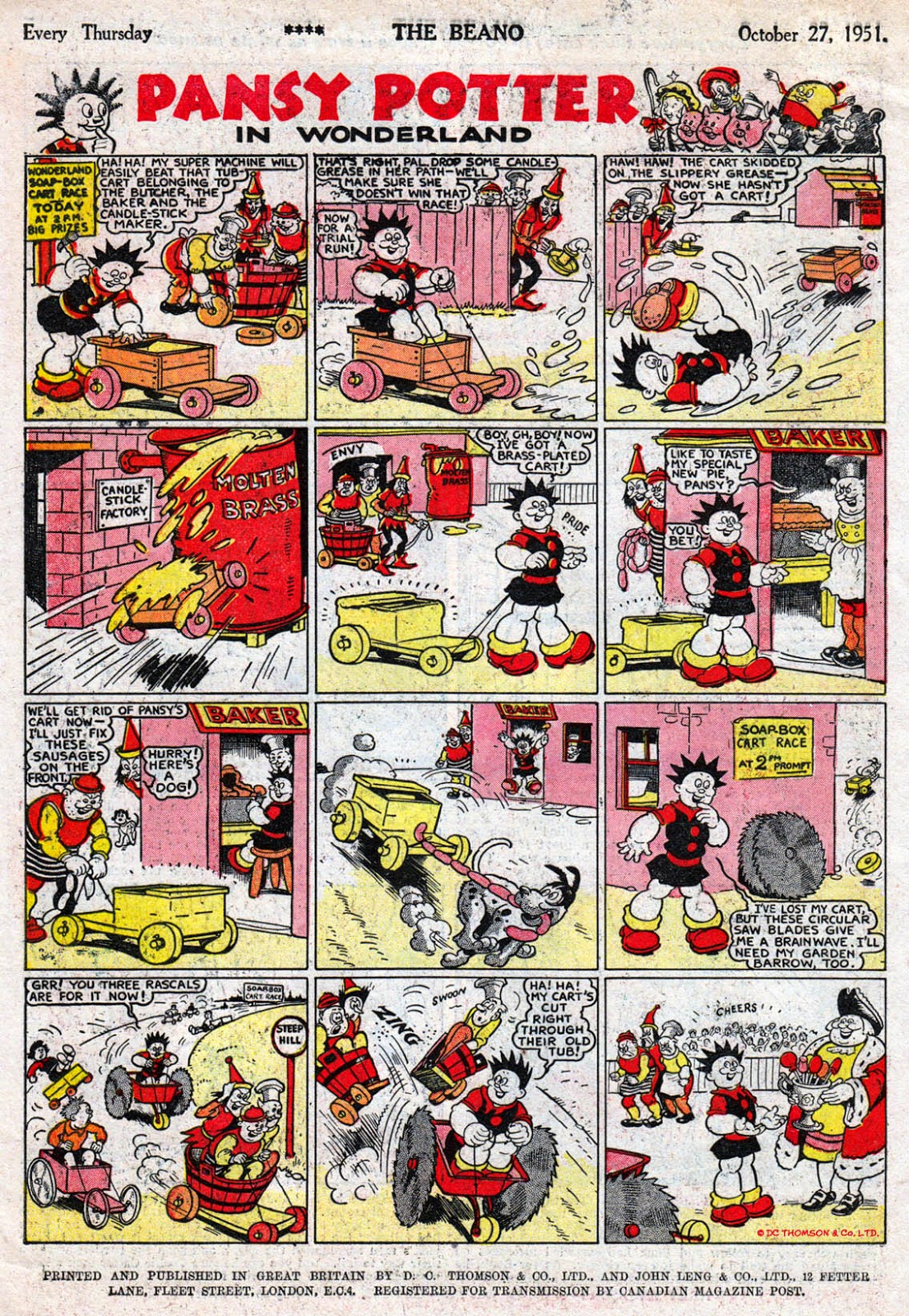 Pansy Potter appeared in Sparky comic from 1965 for much of its run but returned to The Beano a few years ago where she still appears from time to time.
Posted by Lew Stringer at 12:45

I like this time for Pansy Potter...it has a real good strange quality to it...

Yes, it has an odd charm about it.

When Pansy was in the Sparky my mother told my brother and me that she used to read her, Hungry Horace and Keyhole Kate herself as a little girl in the Beano or Dandy.

When I was a kid my mum told me that my grandma's favourite comic character was Keyhole Kate. My mum was 12 when The Dandy was published and didn't recall seeing it which suggested that my grandma perhaps bought it for herself, along with Red Letter that she used to read.