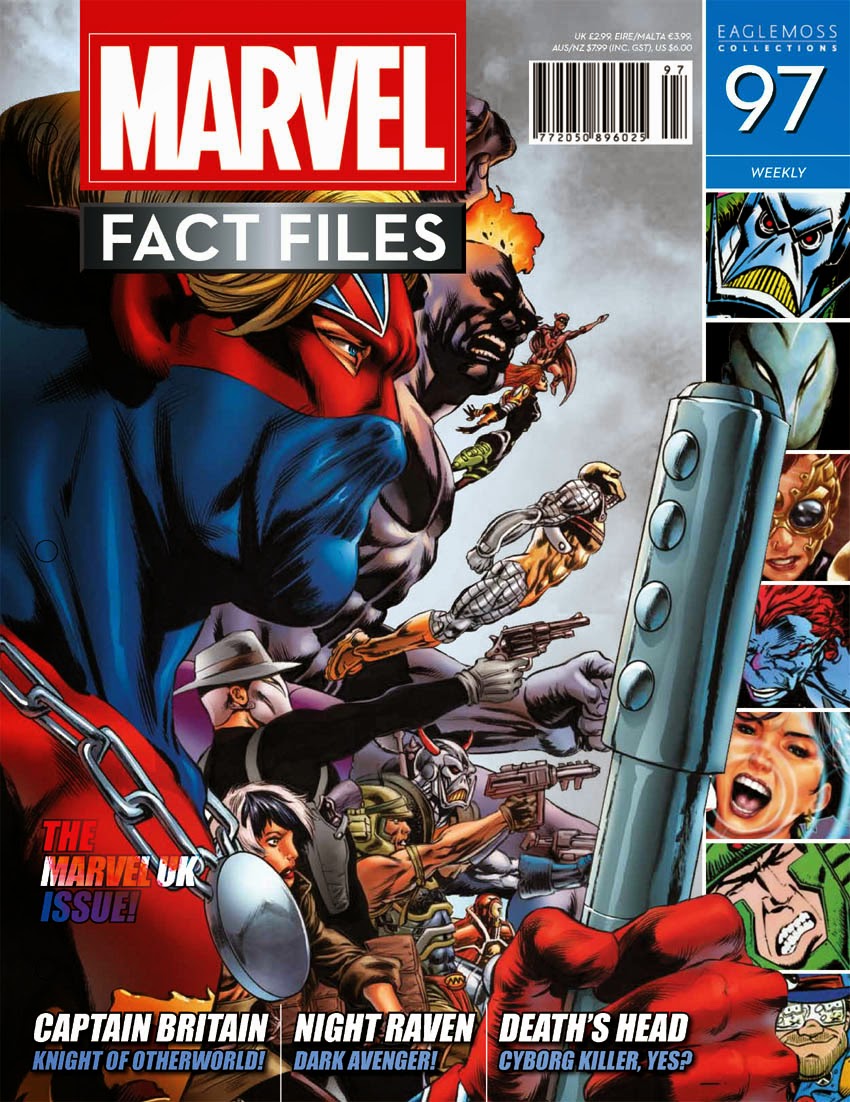 Marvel Fact Files, the weekly partwork published by Eaglemoss, features an issue devoted to Marvel UK this week. No.97 contains articles on the various comics and strips produced exclusively for the British market such as Night Raven, Dragon's Claws, Death's Head and of course Captain Britain. 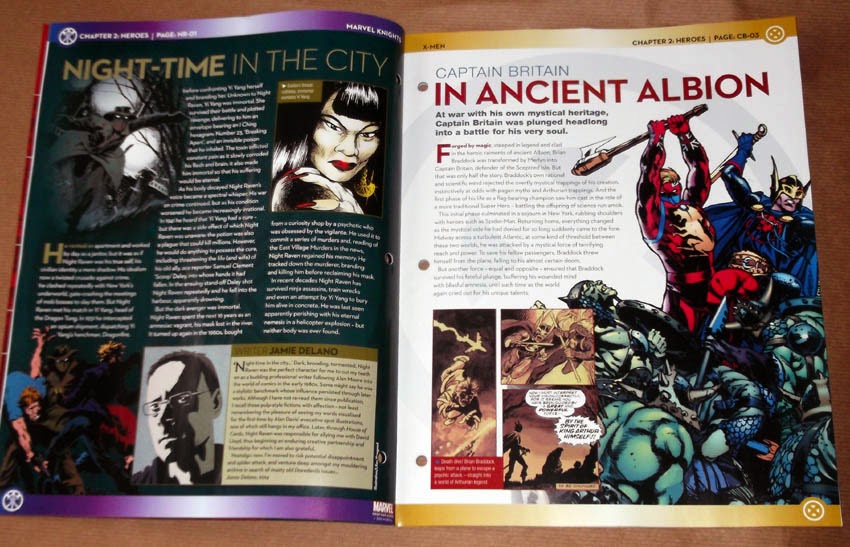 Contributing writers for this issue include Mike Collins, Alan Cowsill, Glenn Dakin, Jamie Delano, John Freeman, Simon Furman, John Tomlinson, Win Wiacek and myself. I was very pleased to be commissioned to write the feature on the originated Incredible Hulk strips that had appeared in Hulk Comic. The remit from editor John Tomlinson was to write a synopsis of the adventures in a few hundred words so it's a fast and furious tour through this period of the Hulk's life but was very enjoyable to do. Here's a preview of page one... 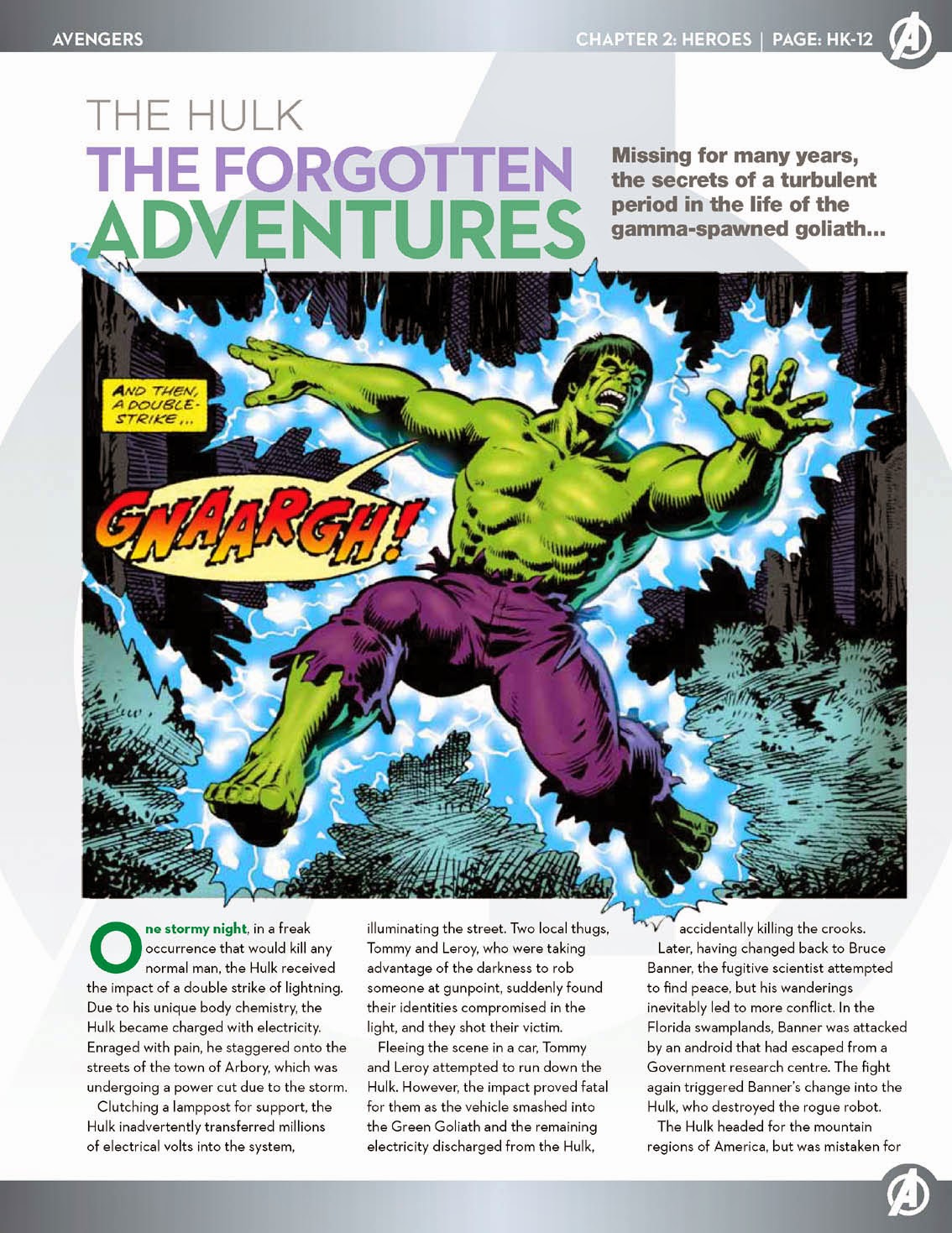 To illustrate the article, editor John Tomlinson chose panels from Dave Gibbons' Hulk story from Hulk Comic No.1 (1979). The strip had originally appeared in black and white but John commissioned Alan Craddock to colour them, and he's done a great job. 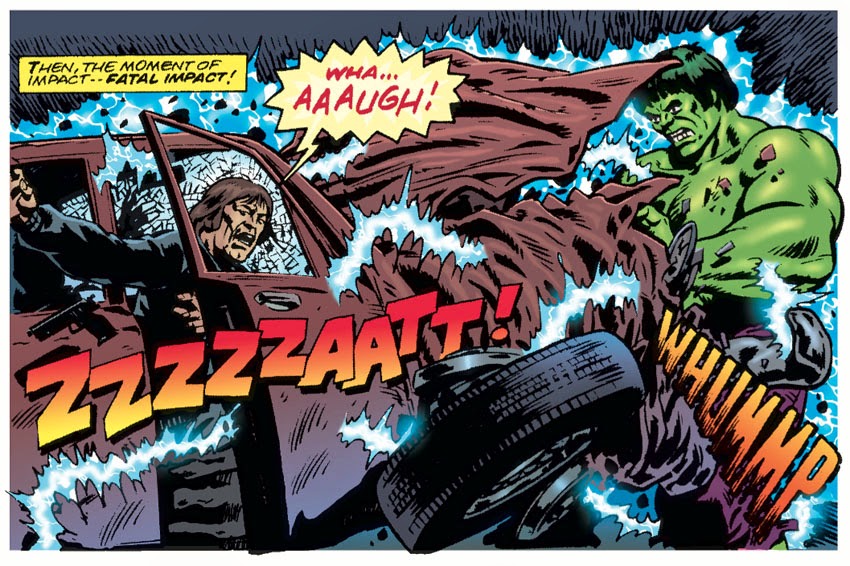 Like most partworks, Marvel Fact Files is basically subscription only now but some newsagents and comic shops still stock it. Issue 97 is out now with a cover price of £2.99. 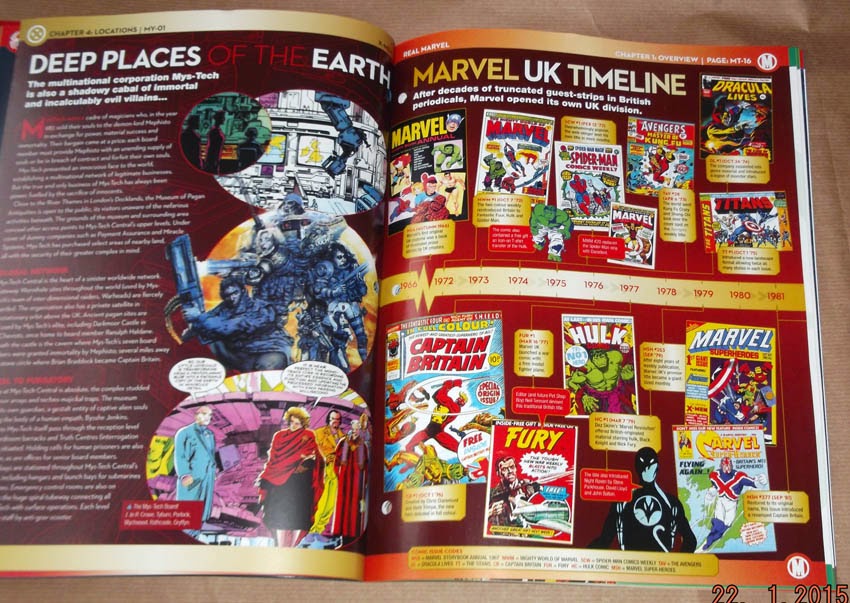 For more information on the magazine and to subscribe visit the Eaglemoss website:
https://www.eaglemoss.com/en-gb/comic-heroes/marvel-factfiles/
Posted by Lew Stringer at 23:24

I don't know if you've heard, but there's a big event coming up which is going to result in the merger of the Ultimate and 616 universes. This will almost certainly mean new number 1s again for all of the Panini Marvel Collectors Editions.

Yes I read some forum comments about it, with fans going ballistic even before the comics have been published. It'll take a year or two before Panini catch up with those issues.

I don't understand this need for "jumping on points" ie: yet another new Number One. My first ever Marvel comic was Planet Of The Apes No.5 - I only knew POTA from the TV show and I'd never heard of the films but POTA No.5 had a bearded man being chased around by a bunch of apes who catch him and are shocked when he can speak - I didn't have a clue what was going on but I was intrigued enough to want the next issue - that was MY "jumping on point" and I managed it fine even though I was 8 years old.

I agree with you Colin. I think the renumbering is mainly to encourage retailers to order more copies although it does in practice pull in new and lapsed readers as well.

Noticed this today, we get Marvel Fact Files in my shop because someone has it on order. Usually I only give it a few seconds worth of a glance as Marvel stuff in general doesn't interest me, but then I noticed Motormouth was on the cover - one of the few Marvel characters I actually like.

By happy coincidence, the section about Motormouth was on the back cover, so I could read it without opening the plastic bag! Happy days, unless there was MORE Motormouth inside the magazine... Is there?

Yes, another page on the other side.

This is a really nice issue and something as a surprise as the Fact Files have only started doing "themed" issues this year. The previous week's was the Ultimates line.

I spotted a couple of minor errors: OVERKILL was never a weekly (it started as a fortnightly and then dropped to monthly at the same time the 'Genesis Implosion' hit the US books. It soldiered on, becoming last-man-standing, into 1994 and then folded.

There's also an odd caption (possibly the result of a very tight character count) on the timeline re: MARVEL SUPERHEROES monthly.

Minor niggles: It's a must-have look at the MARVEL UKverse. The piece on Spider-man's adventures in London is also very welcome considering those strips have never been reprinted.

Yes, I noticed the glitch about the Marvel Superheroes title. Shame that.

I didn't notice the other errors as I didn't follow Overkill beyond issue 1. That UK Spider-Man strip really needs to be reprinted but I recently asked and it's not likely to happen anytime soon.

Lew, do you know if there's anything anywhere on the internet about Spidey's UK adventure in London. I don't know anything about this and I can't get hold of MFF #97 without subscribing to it?

Not as far as I know but I wouldn't be surprised if someone posted scans now it's been brought to people's attention again. It ran for four issues of the UK comic to allow them more time to synchronize their comics with the Secret Wars story.

Cheers Lew, the good news is I've found a single copy of MFF #97 on Ebay! Should have it early next week!

That's where I got my copy from too John. My local shops stopped stocking it ages ago unfortunately.

The STARLOGGED piece on Peter Parker's brief sojourn to London (and Birmingham) can be found here: