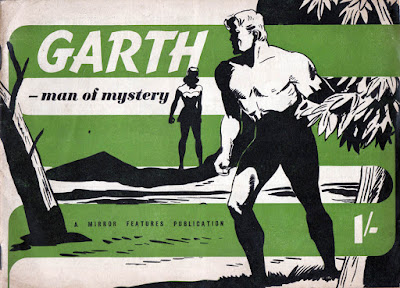 "Comics aren't just for kids anymore" screamed headlines in the press back in the 1980s. Simple research shows that they never were exclusively for children of course, and that "adult" doesn't always mean profanity and sex. When British comics originated in Victorian times they were aimed at adults, and later in the 1950s comics like Top Spot, and digest-sized comics such as True Life Library were too. Then there's newspaper strips, which were often targeted towards older readers (or at least all-ages).

Back in 1946, the Daily Mirror published the first Garth comic, collecting the character's first adventure from 1943. Garth - Man of Mystery, was in American comic book size, albeit horizontal, and featured 36 stapled pages including covers, for a shilling.

Garth had been created by cartoonist Steve Dowling (who had also originated Ruggles for The Daily Mirror years earlier) and journalist Gordon Boshell. The strip is still in the paper today, although in reprints of later stories colorised for modern tastes.

Each strip carries an identification number and looking through the Garth comic I noticed that some had been skipped, so I think the story had probably been edited to fit the 36 page format. Also, if these episodes featured any female nudity (as the Garth strips often did) then it's been censored for the reprint. Here are the first three pages of the comic... 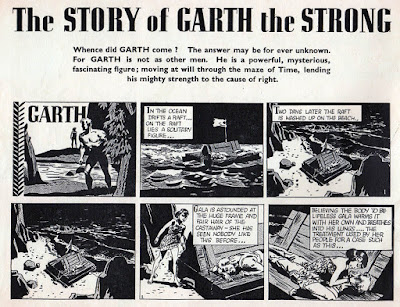 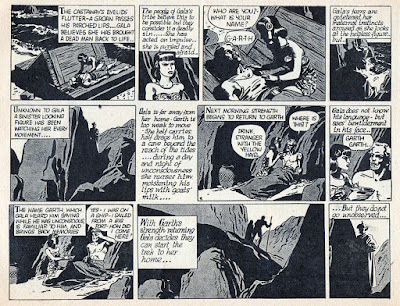 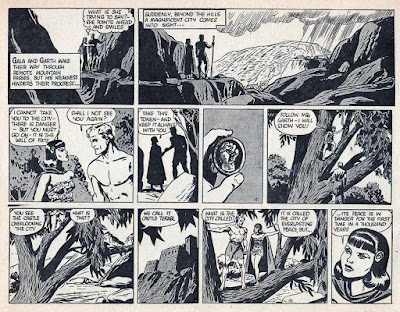 ...and here's a later page, with Garth showing his tremendous strength... 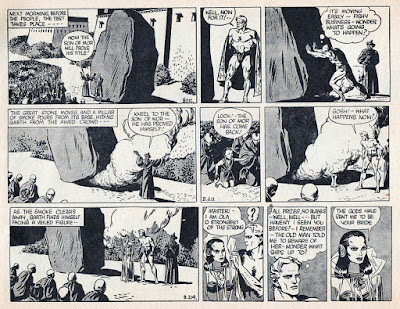 Later on, the characters return to where Garth was found... 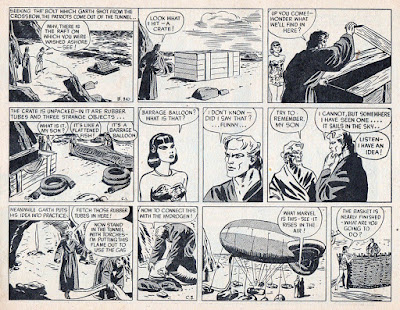 ...and in the end, Garth flies off to his next adventure "to seek the land of his origin"... 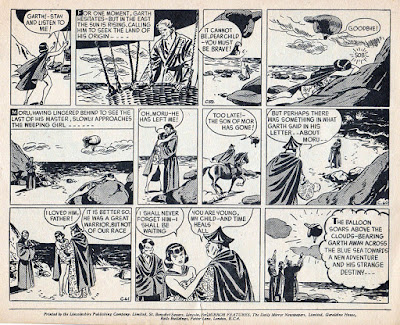 I purchased this Garth - Man of Mystery comic only recently and it seems to be a mystery in itself. There's hardly any mention of it online, and most listings don't even acknowledge it. Quite a rarity, it seems! As far as I know, there were no more Garth comics published in this format, although there were a few well known Garth books years later of course, which most Garth fans own.

The comic carried two adverts; one on its inside back page, one on the back, for razor blades and rings. Yep, the comic was definitely pitched at older readers... 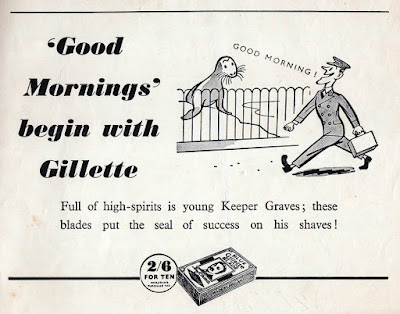 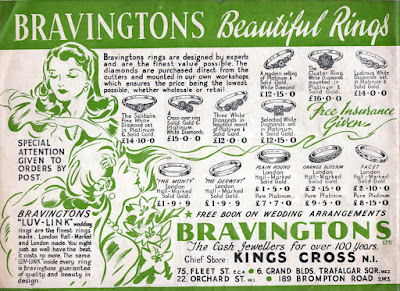 A couple of years after this Garth comic, (in 1948 as far as I can ascertain), the Mirror also published another title in the horizontal comic format: Belinda and the Bomb Alley Boys, reprinting a Belinda adventure from the paper. (The character was also by Steve Dowling, and was basically Britain's version of Little Orphan Annie.) Mike Higgs kindly sent me a scan of the cover and an interior page... 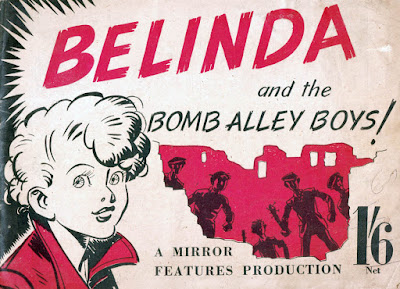 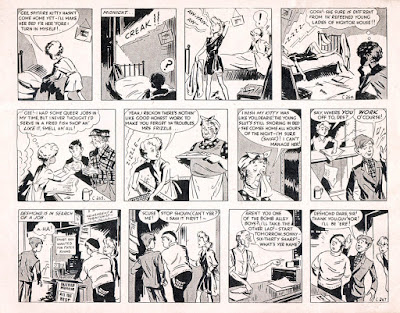 The intriguing thing about comics history is that there's always something new to discover! Were there any more Mirror comics in this 36 page format? Let me know if you have any info.
Posted by Lew Stringer at 16:43

Is that early Bellamy? Good find!

My mistake. Thanks. I've corrected it now.

£45? Wow. The Garth one is rarer and cost me less than half that.

Aesir, as I said, it's by Steve Dowling. Frank Bellamy didn't draw Garth until decades later.