The Christmas DOCTOR WHO ADVENTURES 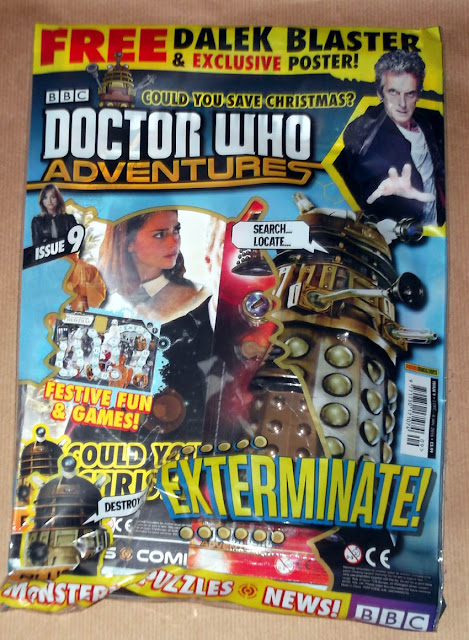 Out today is the 9th issue of Panini UK's Doctor Who Adventures, which has a festive touch to several features. Admittedly the bag (above) isn't Christmassy but open it up and the cover of the magazine reveals snow on the logo and more of a seasonal feel. 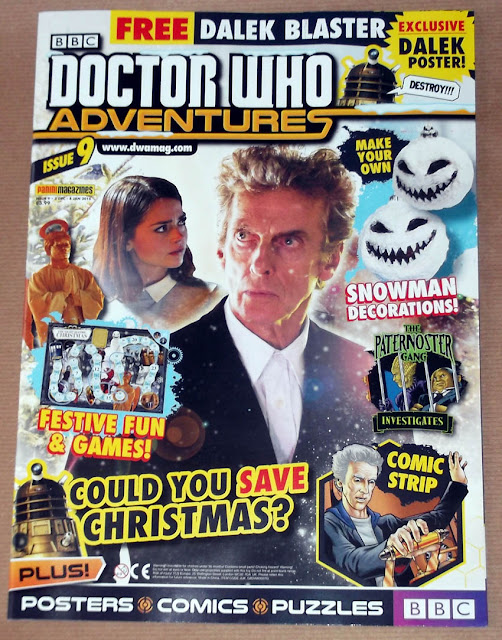 Inside the mag, there's the regular 9 page Doctor Who comic strip with script by Tommy Donbavand and superb art by the regular illustrator Russ Leach (with John Burns on colours). 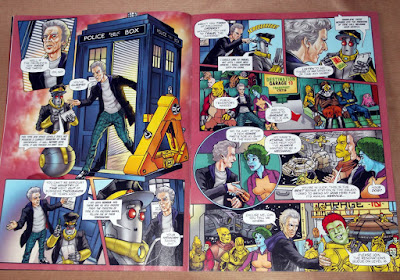 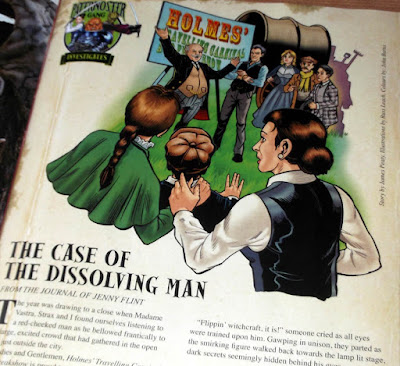 Festive features include a retrospective of past Doctor Who Christmas episodes, puzzles, activity pages, and a game... 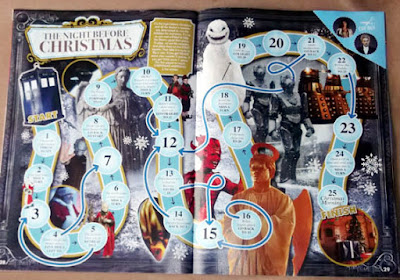 There's also two free gifts; a Dalek Blaster and a fantastic giant Dalek poster, exclusive to this magazine and illustrated by Paul Collicut. 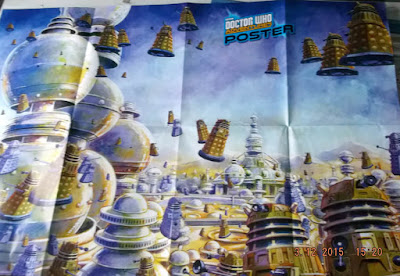 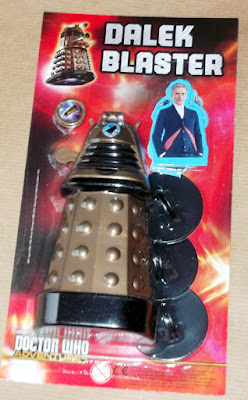 Doctor Who Adventures is a great comic magazine for younger fans of the show and well worth buying if you have kids or are interested in the current UK comics scene. Panini have really improved on the title since taking it over nine months ago, with editor Jason Quinn adding more strip pages, a text story, and better feature pages. Issue 9 is in the shops now, priced £3.99.
Posted by Lew Stringer at 14:54