The Christmas DOCTOR WHO CLASSIC COMICS (1993)

This issue (No.15) was published in December 1993 and featured an exclusive new cover by veteran artist Bill Mevin, one of the early illustrators of the 1960s Doctor Who strips.

Inside was a reprint of a Christmas adventure by Bill Mevin featuring the first Doctor that had originally been serialised across the centre pages of TV Comic Nos.732 to 735 in December 1965. You'll notice the tone is more childlike and 'magical' than the TV version. The Doctor's grandchildren John and Gillian only appeared in the comic of course, and the Doctor refers to himself as "Dr.Who", not "The Doctor". My apologies for the awkward alignment of the two pages but unfortunately this is how they appeared in Classic Comics, with a little bit of detail lost in the gutter. 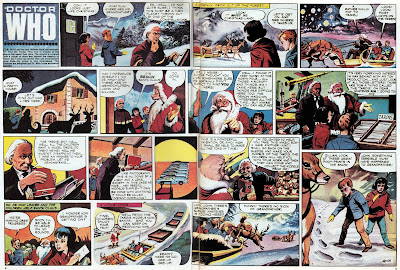 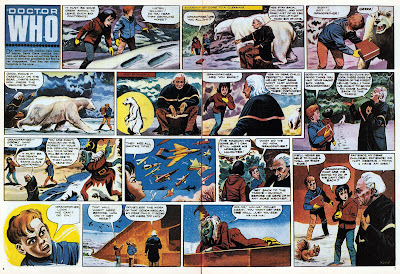 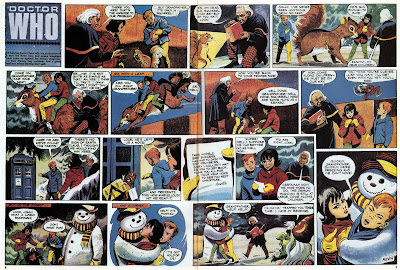 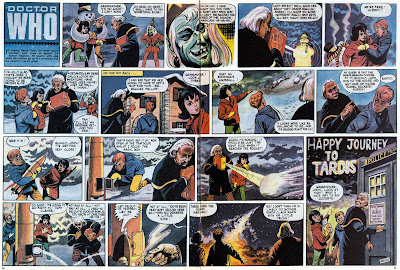 The rest of the issue didn't have a festive theme. It reprinted a 1972 third Doctor serial from TV Action Nos.94 to 97... 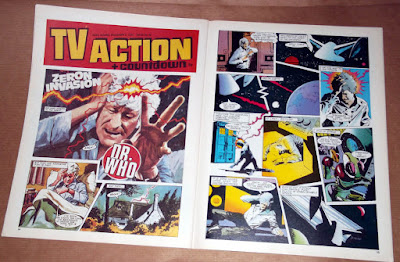 ...began The Telesnap Archive as a kind of photostrip with images from the 1968 Doctor Who TV serial Fury from the Deep... 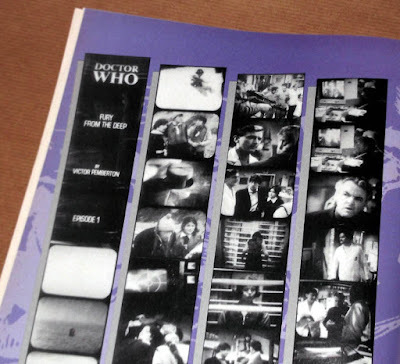 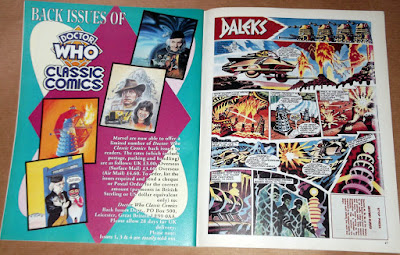 Doctor Who Classic Comics was an enjoyable publication reviving nostalgic memories for older readers and introducing newer ones to the long comics history of the character. I don't know if there'd be enough interest to sustain such a monthly title today but it'd be nice to see the slightly more sophisticated strips from Countdown and TV Action reprinted in book form.


Where will our journey to Christmas past take us next? Come back tomorrow to find out!
Posted by Lew Stringer at 16:19

Sorry to be a pedant, but I don't think Mevin wasn't the original artist for the TV Comic Doctor Who feature. I believe he took over from Neville Maine, also illustrator of the Fireball XL5 feature that preceded Doctor Who.

Thanks Nick. You're not being pedantic, just accurate. I should have remembered it was Main who started the strip. Also, this Christnas story is from 1965 not 1964. I'll make the corrections. Thanks again!

Fix this one while you're at it: "the 1968 Doctor Who TV serial Fury of the Deep" - it should be Fury from the Deep, as can clearly be seen on the page.