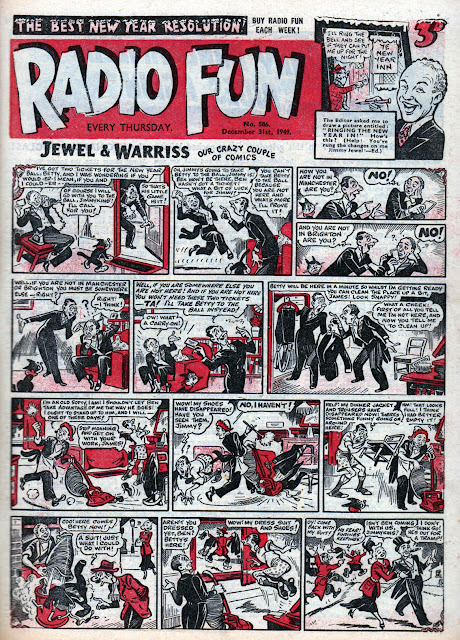 Published in the last week of 1949, Radio Fun No.586 rounded off another successful year for the long running comic and heralded 1950 with a selection of strips. The cover strip, featuring Jimmy Jewel and Ben Warris, was drawn by Reg Parlett.

The contents of the 16 page comic were, as ever, a 50/50 mixture of prose stories and strips but I've only selected some of the strips to show here. Just We Three was drawn by Bertie Brown. Although Amalgamated Press' humour artists were anonymous and encouraged to draw like Roy Wilson their own styles also became evident to regular readers. 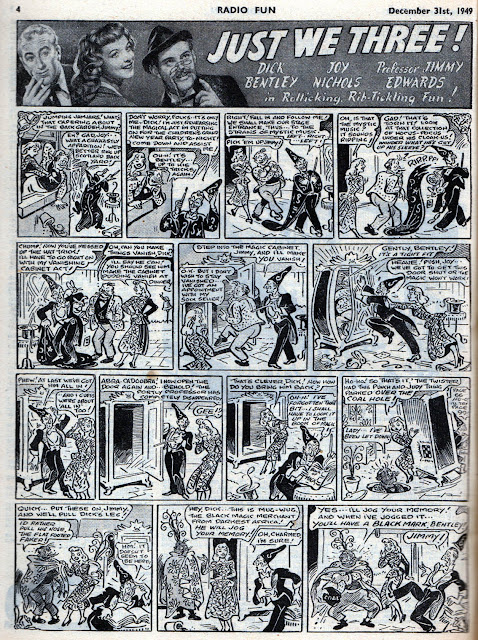 The centre pages featured the thriller The Falcon, with excellent art by George Heath perfectly capturing the period. Those 1949 street scenes still looked very much like that in the early sixties when I was a kid. 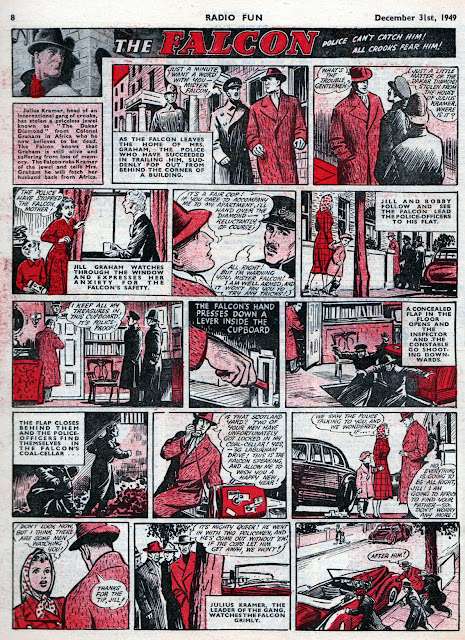 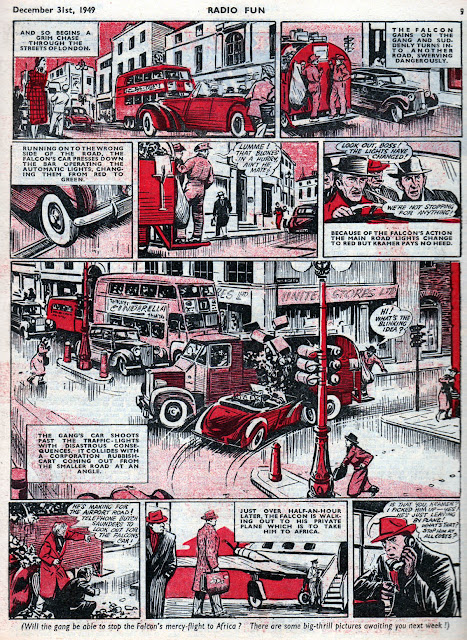 Radio Fun packed a lot into its 16 pages, as you can see. The Derek Roy strip was by Bertie Brown, and the Archie Andrews strip was by Albert Pease. 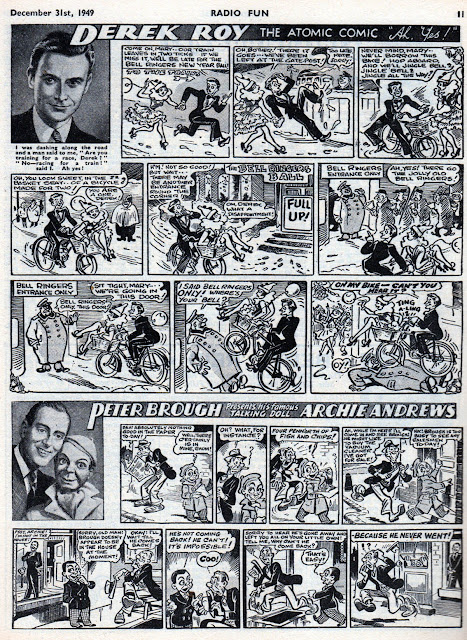 I believe Albert Pease was also responsible for the Douglas 'Cardew' Robinson strip. An excellent humour style with some very fluid inking techniques. 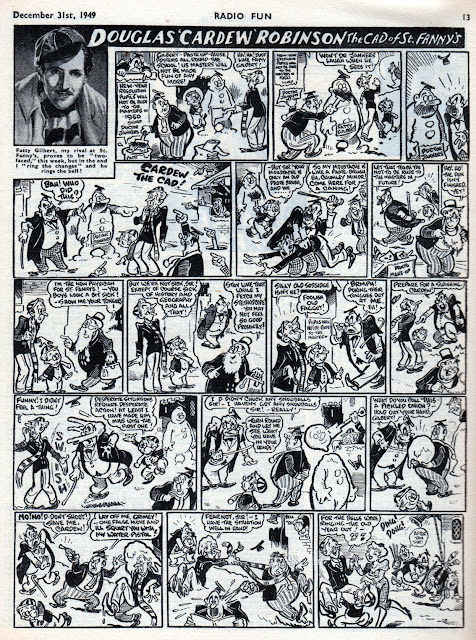 Well, that's my final post for 2015. Thank you all for following my blog throughout the year. I know only a fraction of you post comments but I hope you've enjoyed reading it. May I wish you a Happy New Year of good health and prosperity!
Posted by Lew Stringer at 08:38

It's not easy keeping track of the right year when you're traveling back in time to buy these old comics you know! :)

Another great read, thanks for your blog this year. Wishing you health, happensNess and continued success for the new one!

Er...happiness that is! Happy New Year!

Have a Happy New Year, Lew and thanks for another year's entertainment. Looking forward to catching up with your posts!

Thanks John. A Happy New Year to you too, and thanks for following my blogs.

Another nice walk through an unknown comic (to me!). The art on the Falcon is really good, and Reg Parlett, its amazing to think he was still drawing comic in the mid eighties when I as a kids was reading the Buster etc.
Health and Happiness to you for the new year Lew!

George Heath was a fantastic artist on The Falcon. He was the father of cartoonist Michael Heath and the grandfather of Marvel UK colourist Sophie Heath.

As for Reg Parlett, yes, what a wonderful comics career he had. Happy New Year to you too!

Yes, that Falcon strip was certainly well drawn. I know that there were two characters called The Falcon (predating the Marvel hero) in the US, one created by Michael Arlen (and featured in several movies), the other by "Drexel Drake" that was featured on radio and TV; this Falcon was a detective whose civilian identity was Michael Waring.
I'm not getting the reference to "a Corporation rubbish-cart" - I know the BBC has been referred to as "the Corporation" (as well as "the Beeb", "Auntie" and other less complimentary names), but was there a corporation that collected London's garbage?

Happy New Year Lew
Thanks for doing your blog posts...

Yes, rnigma, corporations would run refuse collections in cities. Perhaps still do. There are also corporation buses. No relation to the BBC.

I came here after reading a run of "Radio Fun" Falcon strips. Very nice stuff. One question: since the strip ran in "Radio Fun" I presume it was based on a radio show. But I haven't found references to a UK-produced "Falcon" program. Was the strip based on the American show that ran from 1943-1954? Or the movie series? Or...?

The Falcon was an originated character for the comic, I believe. He first appeared as the villain in the Inspector Stanley stories in Radio Fun, and proved so popular he was given his own strip.