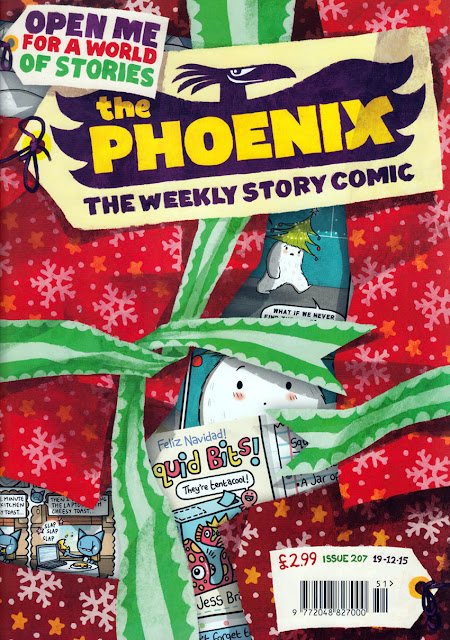 The Christmas issue of The Phoenix is on sale in WH Smith and selected branches of Waterstones. With 32 page in full colour it includes a bunch of all-new festive strips and features. The issue kicks off with Evil Emperor Penguin by Laura Ellen Anderson... 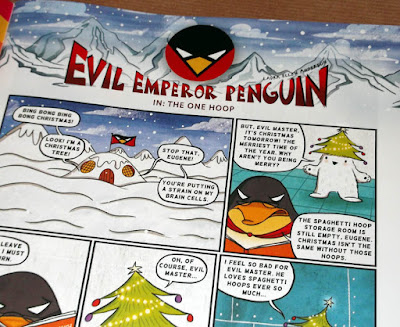 ...and the issue also contains a non-festive Looshkin by Jamie Smart, the final episode in this run of Mega Robo Bros by Neill Cameron, Squid Bits by Jess Bradley, and more. My favourite strip was Pow! by Alexander Matthews. A funny parody of The Snowman with a darker twist. 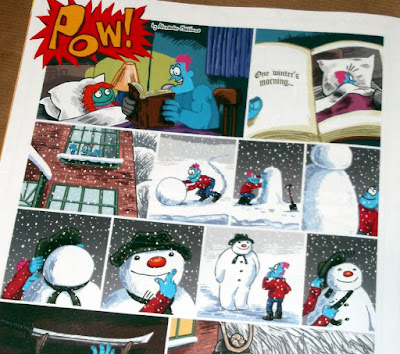 For older readers, the Christmas 2000AD is the traditional triple-sized issue at 100 all-new pages. A special issue indeed, as it features a great wraparound cover by veteran artist Ian Kennedy! He's been an illustrator since the late 1940s and the quality of his work is as high as ever. (You can read an interview with the artist at the Down the Tubes site here: http://downthetubes.net/?p=27517). 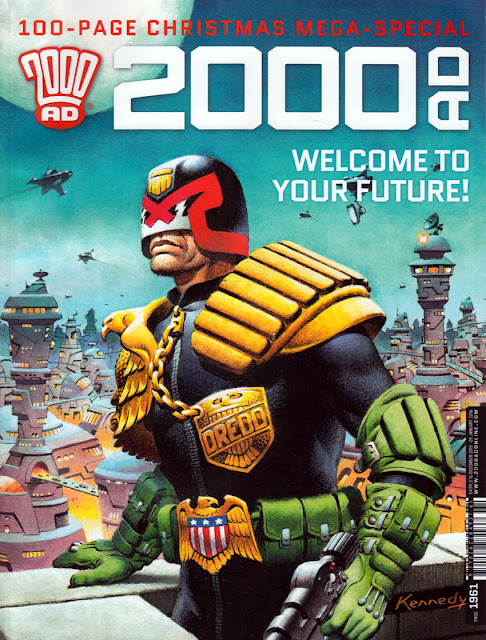 If the cover wasn't incentive enough to buy this issue, the contents are absolutely fantastic too. There's a seasonal Judge Dredd story by Rob Williams and Henry Flint... 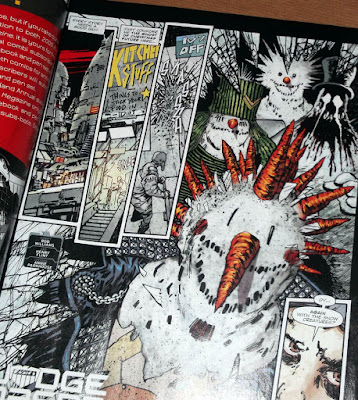 ...plus the end of Bad Company, and the start of new adventures for Kingdom, The Order, Strontium Dog, and A.B.C. Warriors featuring Ro-Busters by Pat Mills and Clint Langley... 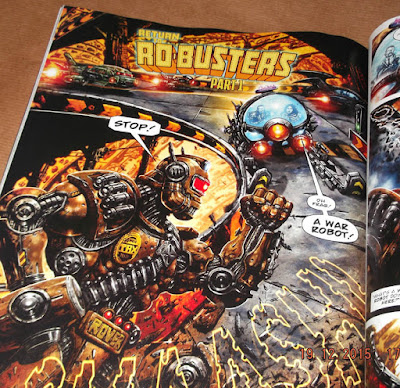 If that wasn't all, there are also complete stories of Absalom, Sinister Dexter, a Christmas Judge Dredd text story, and a new Future Shock by Martin Feekins and Jesus Redondo. Proving that the quality of modern comics is every inch as good as comics of the past I think 2000AD wins Best Christmas Comic of 2015 by far.

Panini UK join the party with snowflakes around the logo and Spidey in a Santa hat for the cover of The Astonishing Spider-Man No.25. 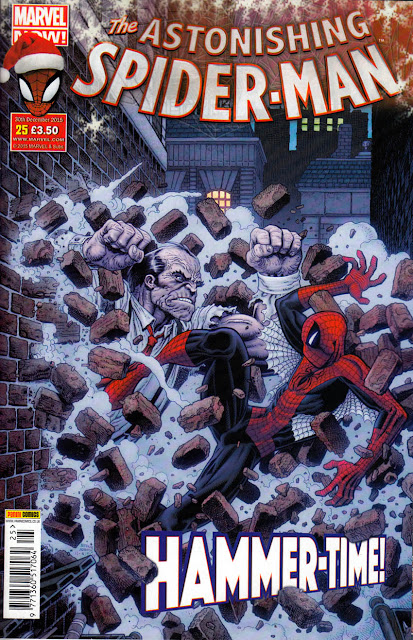 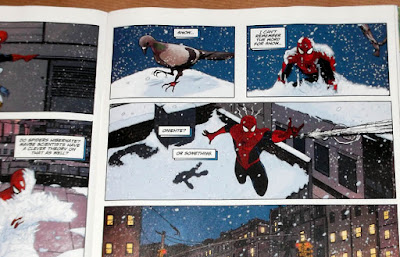 Another comic worth mentioning, although it has no festive content, is Judge Dredd Megazine No.367. Four great strips including the penultimate part of Paul Grist's Demon Nic and the start of a new serial for Demarco P.I. and a sequel to the movie version of Dredd. There are also two excellent well illustrated articles; one interviewing Ian Kennedy on his career, and the other focusing on the 1980s Eagle revival. The all-new 64 page comic also comes bagged with a Tyranny Rex collection. A great issue! 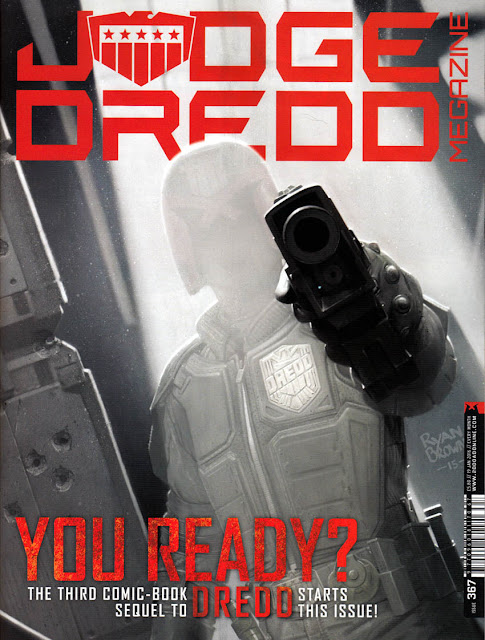 All of those comics are out now in a High Street near you. In my next post I'll climb about my time machine again and bring you more vintage comics from the past.
Posted by Lew Stringer at 17:15

My local WH Smith's closed in March 2014 so now I have to rely on Tesco - and they don't sell any of these comics. Surely it would be a big help to British comics if they were actually widely available, bah humbug.

True, but if Tesco won't take them, that's their decision. They only seem to favour the younger readers titles so I suppose they might stock The Phoenix in the future if the publishers can afford Tesco's rates.

Thanks for the post Lew. Inspired, I'm going to seek out the Phoenix for my 8 & 6 year olds.

They're the ideal age for it so I hope they like it Christopher. Thanks for commenting.

This year's 2000AD Annual (as I like to call it, it feels Christmassy) is truly superb. That cover is sublime and great to have new Ian Kennedy work in my hands after so many years, the yearly festive Dredd doesn't disappoint it's a fantastic little tale, and I'm looking forward to the continuation of all the new stories starting here. This is also my first time reading a ABC strip, so that's exciting for me too! Of course, the letters page is particularly good this time around too, though I may be biased.

Ha! Only just noticed your letter in that issue, Phil! Good one!